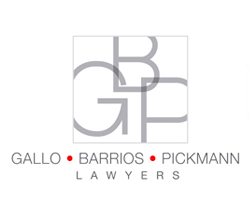 Companies incorporated in Peru are considered domiciled for income tax (IT) purposes and, therefore, subject to a 29.5 per cent rate on net worldwide income; while the branches of foreign companies are only subject to IT on their Peruvian source income. The income tax for a domiciled company is known as corporate income tax (CIT).

To calculate the taxable basis, domiciled companies are entitled to deduct expenses, to the extent that they are necessary to produce income or to maintain its source. Additionally, there are certain limits and/or caps for the deduction of certain expenses, such as finance costs (thin capitalisation rules apply), provisions for bad debts, salaries and travel expenses, among others.

Dividends and any other type of profit distribution are subject to a 5 per cent withholding tax. The previous rates (4.1 per cent or 6.8 per cent) shall be applied on retained earnings, depending on the fiscal year the profits were generated.

Non-domiciled companies are subject to a withholding income tax in Peru on Peruvian-source income, on a gross basis.

The tax rates for non-domiciled entities are the following:

From October 2011, the mining royalty was modified and two new mining taxes came into effectthe special mining tax (IEM) and the special mining contribution (GEM). The mining royalty, the IEM and the GEM are economic considerations paid to the Peruvian government for the exploitation of mineral resources. Note that the mining royalty includes metallic and non-metallic mineral resources, while the IEM and the GEM only include metallic mineral resources. The GEM is only applicable to the mining companies that have valid tax stability agreements. These companies will voluntarily sign contracts with the Peruvian government for the payment of said charge, which must be determined by each stability agreement that they maintain.

The payment obligation of the mining royalty, IEM and GEM falls due at the closing of each quarter (January-March, April-June, July-September and October-December), and the basis of calculation is the operating profit or the sales revenue of the quarter (in the case of the mining royalty).

The operating profit is obtained by deducting from the revenue generated from the sales of mineral resources of each quarter, the sales cost, the operating expenses (including selling expenses and administrative expenses) incurred in order to be able to generate said revenue. Said expenses and costs must be at market value.

Within the past 12 business days of the second month following the generation of the obligation, mining companies must present a quarterly declaration (January-March, April-June, July-September and October-December) and make payment of the corresponding mining royalty, IEM and GEM. Said declaration must determine the basis for calculating the mentioned contributions.

The amounts paid for mining royalty, IEM and GEM will be considered as an expense for IT purposes in the period in which they were paid.

They are calculated as follows:

Companies subject to corporate IT are obligated to pay the temporary tax on net assets (ITAN). This tax is levied on the net asset value contained in the balance sheet as of 31 December of the previous period to which the payment corresponds, deducting the depreciations and amortisations permitted by law. A company is subject to the ITAN as of the year after it starts its activities:

The amount paid for ITAN is a credit that will be offset against the advanced IT payment or the annual IT regularisation payment. Any remaining balance can be reimbursed by the tax administration.

Financial transaction tax (ITF) obligations paid through cash payments of amounts greater than 3,500 soles or US$1,000 must be made through bank accounts or deposits, bank transfers, payment orders, credit cards or non-negotiable cheques, among other means of payment provided by the entities of the Peruvian financial system.

Any obligation that is not carried out using these methods prevents the deduction of the expense or the recognition of the cost for tax purposes, and prevents the recognition of tax credits (ie, VAT). Additionally, the ITF is applied, among other transactions, to all debits or credits in bank accounts maintained by the taxpayers. The applicable tax rate is 0.005 per cent. Certain operations are exempt from the ITF, such as the operations between accounts of the same account holder, credits or debits in bank accounts opened at the request of the employer exclusively to be able to deposit the salaries of its employees, credits or debits in bank accounts of severance payments.

ITF is deductible as an expense for IT purposes.

Value added tax (VAT) is levied on the following operations at a rate of 18 per cent:

The VAT Law follows a debit or credit system by which the VAT paid in the purchase of goods and services can be used as a credit against the VAT originated by the future taxed operations. Any VAT credit that is not used within a determined month can be carried forward (at historical values) to be used against the VAT of future operations. It must be taken into account that the return of VAT in cash is only available for exporters and some entities in the pre-operating stage, as long as certain conditions are met.

The following regimes are applicable to mining companies in the exploration and pre-operating stage:

There is a special depreciation annual rate for mining companies with a stability agreement of up to 5 per cent for buildings and up to 20 per cent for other fixed assets.

Also, for mining companies with or without a stability agreement, the tax depreciation for machinery and equipment for mining activities is up to 20 per cent.

In 2008, the Works for Taxes regime came into effect. Companies have the option to pay part of their taxes through the execution of regional infrastructure works in some of the poorest regions of the country. For these purposes, companies must comply with certain conditions, such as signing agreements with the regional and local governments, and obtaining an authorisation from the Private Investment Promotion Agency (ProInversion) for listed or new projects. The amount invested by the company can be used as tax credit of up to 50 per cent of its IT from the previous fiscal year. This regime will generate benefits for private companies and for the government.

Investors can sign stability agreements with the Peruvian government, whether under the special regime or under sectorial regimes (ie, mining and oil).

Under the general regime, investors can sign legal stability agreements that guarantee the following rights for a 10-year period:

Under the mining regime, local mining companies can sign stability contracts and guarantees and investment promotion measures that guarantee the following for 10, 12 or 15 years:

According to Peruvian regulations, the government is not entitled to carry interest in mining projects.

As a mining concession qualifies as immovable property, separate and distinct from the premises where it is based, the income derived from the transfer of a mining licence generates a capital gain that is subject to IT, as follows:

According to the Peruvian Constitution, there is no differential treatment of Peruvian and foreign investors.