May was a relatively good month for patent owners at the PTAB. The Patent Trial and Appeal Board issued 49 IPR and CBM Final Written Decisions, including decisions following remands from the Federal Circuit, cancelling 475 (67.95%) instituted claims while declining to cancel 224 (32.05%) instituted claims. Patent owners did not concede any claims through motions to amend or disclaimer in cases reaching a final decision. For comparison, the cumulative average rate of instituted claims cancelled in IPR and CBM Final Written Decisions is about 74%. 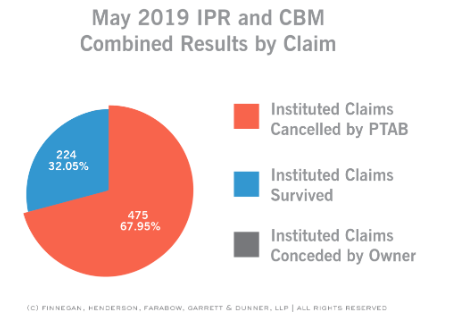 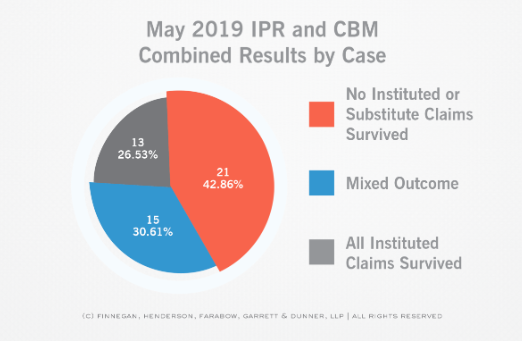 The PTAB granted proposed substitute claims in three separate IPR proceedings in May (PTAB Case Nos. IPR2018-00159, IPR2018-00414, and IPR2018-00415), which is a relatively high number for a single month. The number of granted amended claims may rise moving forward under the PTAB’s new procedures for amending claims, but for now, the cumulative number of proposed substitute claims granted (as opposed to denied) remains below 10%. 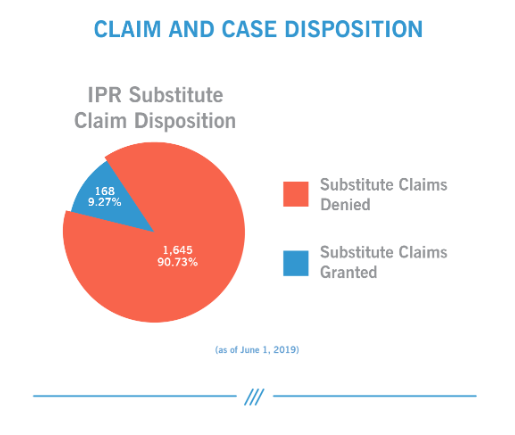 The overall cumulative instituted claim survival rate, broken down by technology center, is as follows: 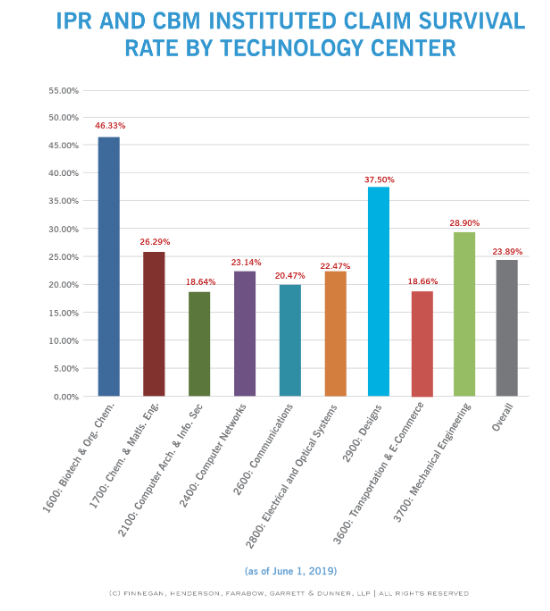 More detailed cumulative statistics on the Board’s IPR and CBM decisions, updated through June 1, 2019, are available here on the AIA Blog.