According to several recent publications by Chinese governmental authorities, both IP litigation and IP prosecution numbers in China continue to increase significantly. In this article, we provide an overview of those combined statistics, and analyze how this might have an impact on your business in China.

According to the Supreme People’s Court’s White Paper, 2017 saw a significant upsurge in Chinese IP litigation. The total amount of IP cases filed (both new cases in first instance and new appeals) amounted to no fewer than 237,242 cases. At the same time, the Chinese courts concluded 225,678 cases, which means that the IP case backlog at the Chinese courts -which at some specialized IP courts such as that of Beijing is already large- grew with 11,564 additional pending cases. In comparison to the year 2016, 2017 saw a general increase in IP litigation cases of 33,50%. 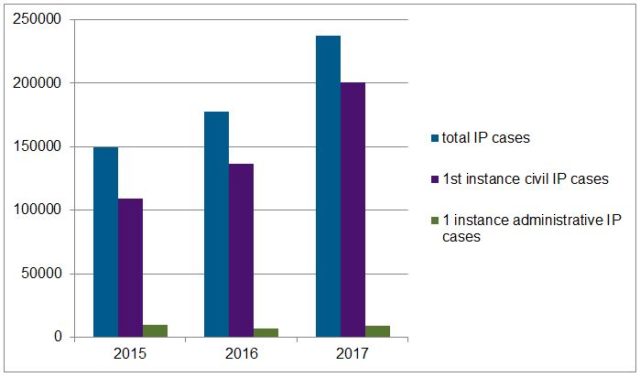 These Chinese IP litigation statistics are even more impressive when compared to the IP litigation numbers in the US and EU (numbers stated may not be entirely accurate. Sources: Lex Machina and DartsIP). Throughout 2017, courts in the United States heard a total of 8,857 IP cases (4,057 patent cases, 3,781 trademark cases, and 1,019 copyright cases). During the same period, the EU courts (including all 28 member states’ national courts and the central European Union courts, but excluding the EUIPO and EPO) heard a total of 114,952 IP cases (17,984 patent cases, 50,379 trademark cases and 46,589 copyright cases). This discrepancy in numbers may be partially explained by the comparative frequency of IP infringement disputes in China, and by the fact that in China, each IP right is in principle litigated separately (e.g. an infringement of several patents leads to several infringement procedures; a dispute concerning trademark infringement and unfair competition may sometimes also count as two lawsuits), while in other jurisdictions (e.g. most EU jurisdictions) IP rights can be bundled in a single procedure. However, while this may explain the large discrepancy in part, the Chinese IP litigation numbers still remain remarkably high.

As to first instance cases, local courts at various levels accepted a staggering total of 201,039 new civil IP cases at the first instance level, representing 84.7% of the total of 237,242 new cases, and representing an increase of no less than 47.24% compared to the number in 2016. Second instance cases increased by only 21,818 cases or 4.92%. These statistics show that a good number of IP cases are concluded or settled in first instance, and not appealed further. This may be seen as a positive trend for the parties in dispute, to save the need for a time-consuming appeal.

The most popular IP litigation forums are located in Beijing, Shanghai, Jiangsu, Zhejiang and Guangdong, with the courts in those regions handling no less than 70.65% of all IP cases in China. Their popularity may be attributable to the presence of the specialized IP Courts and tribunals in these places, and partly due to the sheer amount of commercial activities taking place there. 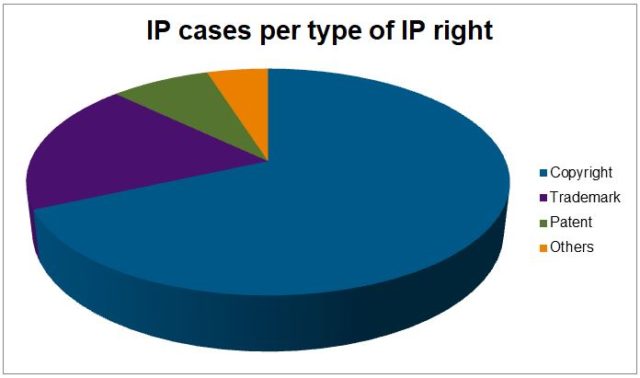 In 2017, the local courts at various levels accepted only 3,621 criminal IP cases in first instance, a decrease of 4.69% compared to 2016. Over the last 3 years, the number of criminal IP cases before the Chinese courts has consistently decreased. The reasons for this decrease are not entirely clear based on these statistics alone, but might have to do with a shift in criminal enforcement priorities and a decrease in available time and means for the PSB and the procuratorates to prosecute criminal IP infringements. In addition, the comparatively high threshold for criminal IP cases (e.g. for trademark infringement, only infringement by identical marks is subject to criminal prosecution), the heavy burden of evidence gathering as well as the lack of damages might also discourage IP owners from pursuing criminal IP cases. 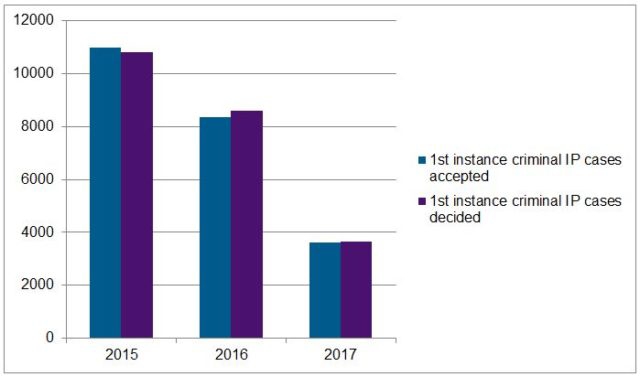 On the basis of the State Intellectual Property Office’s (“SIPO”) recently published statistics about the first half of 2018, it can be concluded that the IP prosecution numbers follow the trend towards more IP litigation numbers: both are quickly increasing. 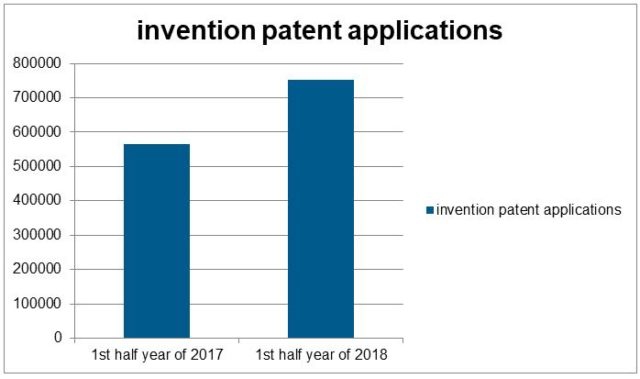 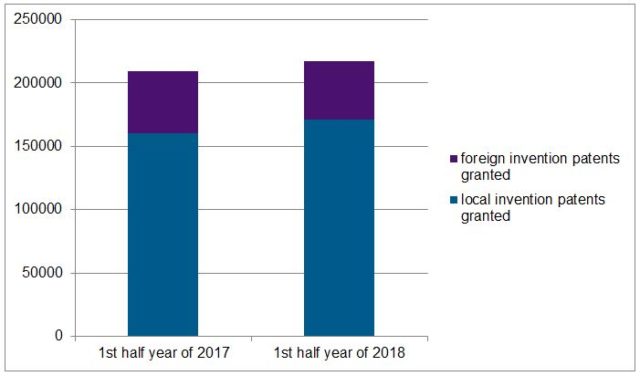 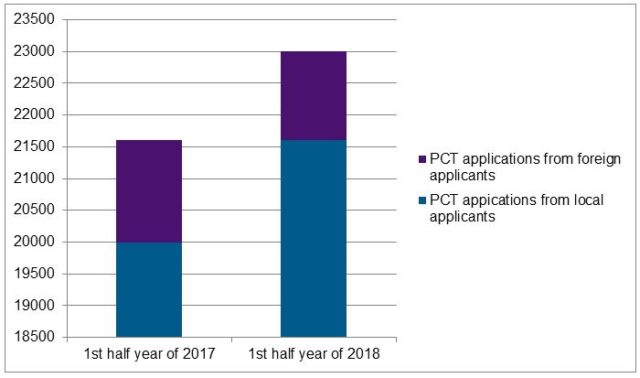 Moreover, the average trademark examination period was shortened from, on average, 8 months to 7 months. In a recent meeting held by the State Administration of Market Regulation concerning the reform of trademark registrations, the authority stated that it aims to shorten the examination period to 6 months by the end of 2018.

SIPO has released data on Geographic Indications (“GIs”) for the first time, since GIs were added to its field of competence in the beginning of this year. By the end of June 2018, 2,359 GI-protected products were granted a GI registration in China, including for 2,298 local products and for 61 foreign products, and 8,091 enterprises were granted the right to use GIs.

During the last decade, China has become one of the busiest (if not the busiest) IP jurisdictions in the world. While some of the numbers have to be read in light of the particular features of the Chinese system (e.g. multiple litigation cases filed for each separate IP right infringed, trademark multiclass filing not prevalent etc.) it is clear that IP litigation is on the rise in China and that having a clear China IP litigation and prosecution strategy is essential to doing business in China.

The reports moreover contain a number of hopeful signs for IP litigation and prosecution in China: e.g. the relatively quick completion time for IP litigation cases, the low percentage of appeals filed and the reduction in trademark examination time.