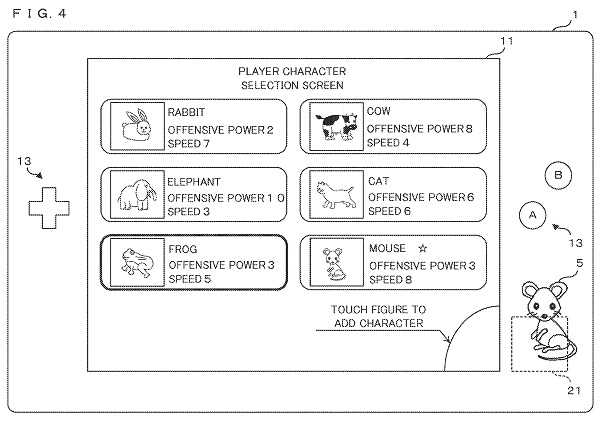 Summary: U.S. Patent No. 9,582,147 (the ‘147 Patent) relates to inserting an object into a game by reading and communicating with a data storage medium. The system functions by reading the data on the storage device and responding by showing an object in the game representing the stored data. This data can be read from a game card or a figure associated with the game. Typically, contactless communication technology uses Near Field Communication or Radio Frequency IDentification for wireless communication. The game device reads the object containing the stored data and then proceeds to allow for a selection of in-game objects to be represented by this stored data. This invention allows for greater engagement between real-world objects and interactions in video games.