Prior to the 2017 Tax Act, Code section 162(m) limited the annual compensation deduction expense available to publicly traded companies to $1 million per “covered employee” (i.e., the CEO and the next three highest paid employees, other than the CFO). Compensation in excess of $1 million was available for a deduction only if it met the exception requirements for certain commission and performance-based compensation paid to the “covered employee.”

The new rules became effective for tax years beginning after Dec. 31, 2017. However, the 2017 Tax Act provided that compensation paid pursuant to a “written binding contract” in effect on Nov. 2, 2017, and not materially modified thereafter, is grandfathered and can continue to qualify for the performance-based compensation exception, assuming all other Code section 162(m) requirements are met.

In 2018, the IRS provided initial guidance regarding covered employees and the application of the grandfathering rules.

Following is a chart summarizing the key aspects of the proposed regulations: 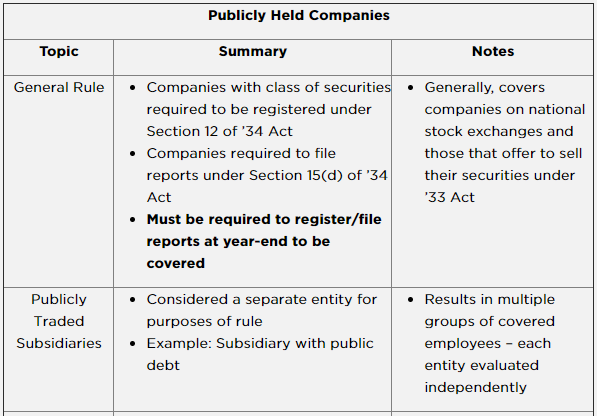 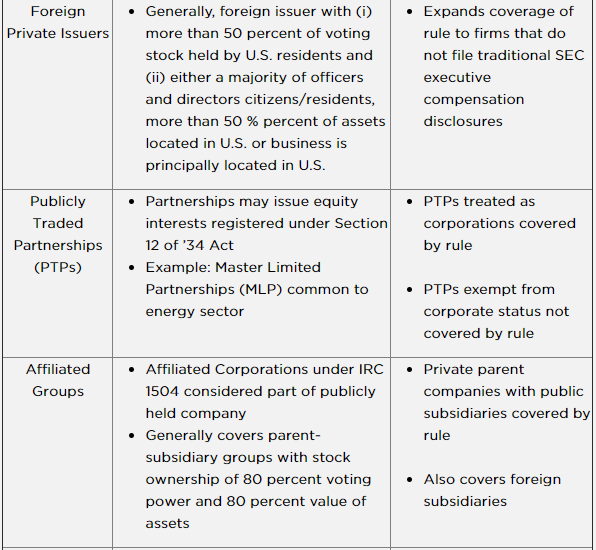 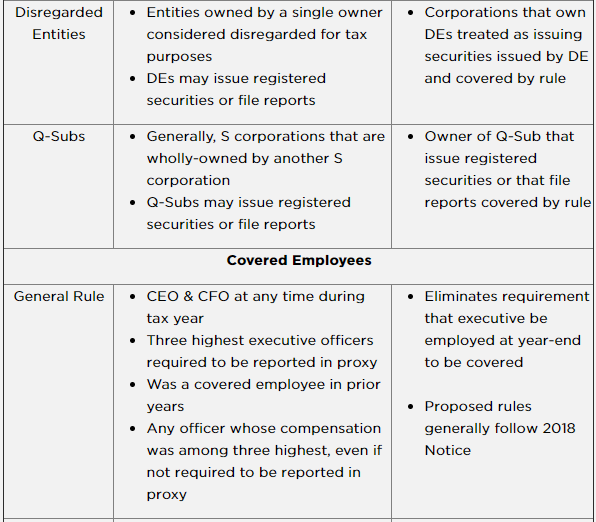 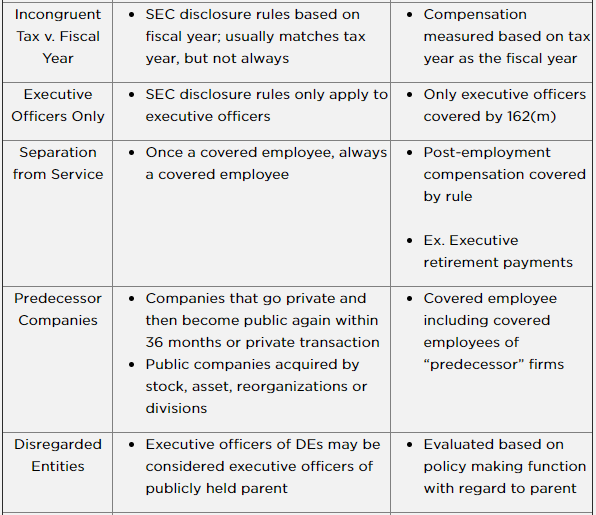 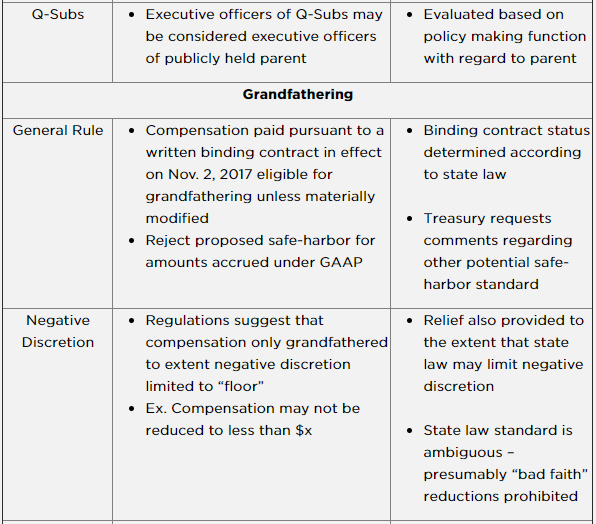 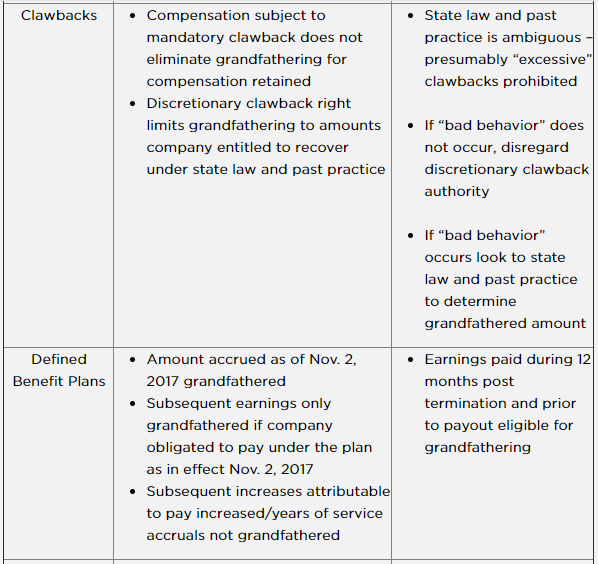 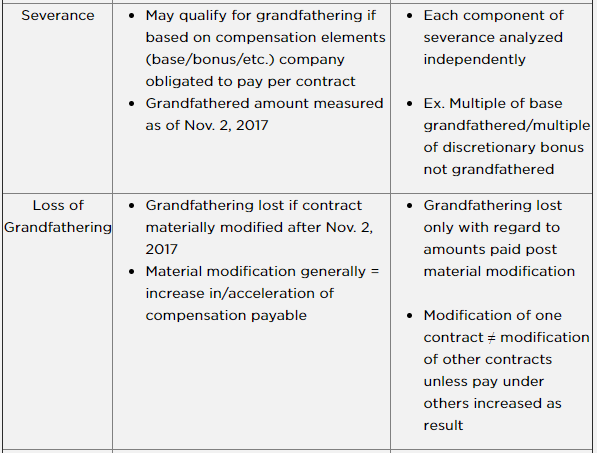 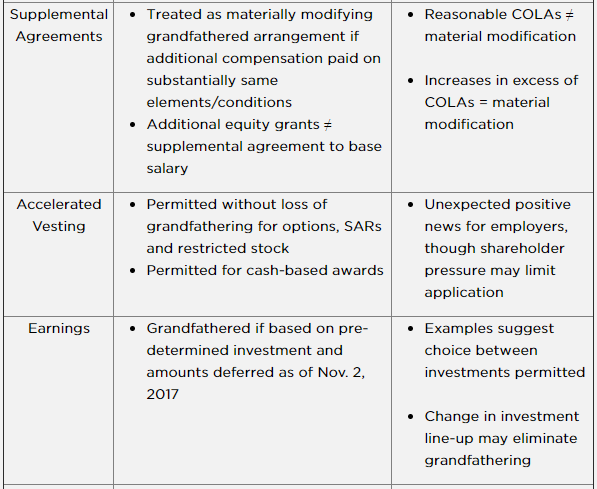 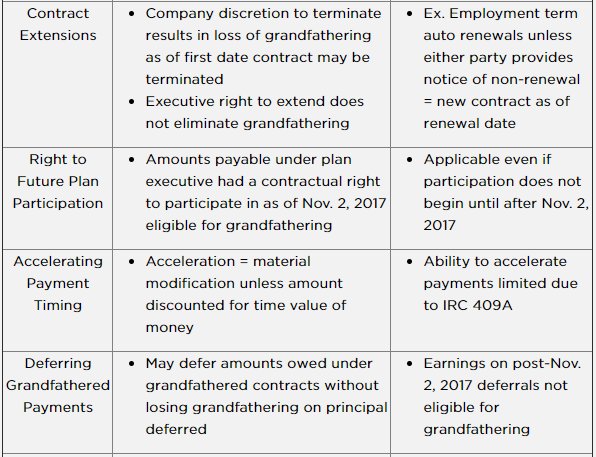 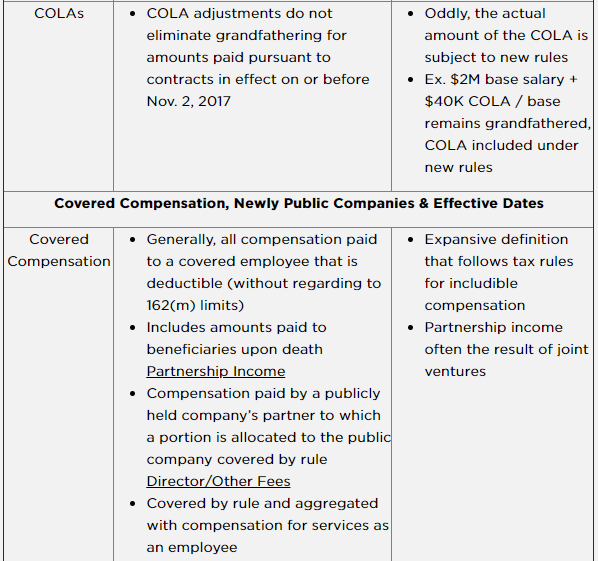 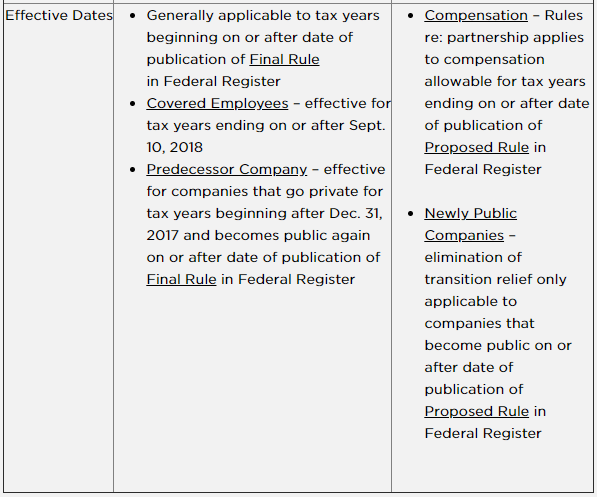