Energy, mining and infrastructure reforms to the regulation of mining law 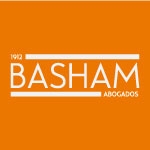 One of the amendments introduced to the Mining Law in 2005, which was not reflected in the 1999 Regulations, is the disappearance of exploration and exploitation concessions, which have now been consolidated into a single mining concession.

The highlights of the new Regulations are the following:

Invitations to bid for mining concessions will have to include, among other things, a lot position calculation report.

The requirements for reconsideration of appraisals issued by the National Institute of Government Property Management and Appraisal have been eliminated.

Finally, the Department is given a term of 120 business days to adjust to the provisions of the new Regulations the Manual on Mining Services to the Public.

Five things that happened while all eyes were on COVID-19.
In our latest blog we highlight five non-virus-related developments that our editorial team reported on while COVID-19 turned the world upside down.
Read more here