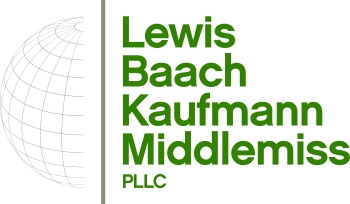 In New York, third-party litigation funding is permitted, subject to a number of caveats that will be discussed in the questions below.

When addressing the related issue of third-party funding of law firms, New York Supreme Court Justice Shirley Kornreich extolled the value of ‘the sound public policy of making justice accessible to all regardless of wealth’ and recognised that the expense of litigation can otherwise deter litigation against ‘deep pocketed wrongdoers’. See Hamilton Capital VII LLC I v Khorrami LLP, 48 Misc 3d (1223(A), 9 (NY Sup Ct 2015).

There are no explicit limits on the fees and interest that a funder can charge. NY Banking Law section 14-a provides that interest on a loan cannot exceed 16 per cent. The permissible interest rate can go up to 25 per cent if the loan value is from US$250,000 to US$2.5 million, without any limit for loans in excess of US$2.5 million. However, since third-party litigation funding is generally provided on a non-recourse basis, the funding is treated as a purchase or assignment of the anticipated proceeds of the lawsuit, and therefore not subject to the usury statute and the limits on interest rates. See New York City Bar Association’s Committee on Professional Ethics (NYCBA) Formal Opinion 2011-2; Lynx Strategies LLC v Ferreira 957 NYS2d 636 (NY Sup Ct 2010) (third-party investment for share of proceeds is not usury); but see Echeverria v Estate of Lindner, 2005 NY Slip Op 50675(u), at *4-5 (NY Sup Ct 2005) (non-recourse agreement was a ‘loan’, not an investment, because recovery was certain under strict liability statute and interest rate was, therefore, usurious).

One question that is often asked is if champerty prohibits thirdparty litigation funding. Since federal law does not address champerty, state law governs. There is significant variation between the states on this issue, with each state having its own definition of conduct that is champertous (although several states no longer prohibit, or never prohibited, champerty).

New York has laws, long on the books, which prohibit champerty. New York courts interpret champerty to occur when a party purchases a note, security, or claim ‘with the intent and for the primary purpose of bringing a lawsuit’. See Justinian Capital SPC v WestLB AG, 28 NY3d 160 (NY 2016); and Credit Agricole Corp v BDC Finance, LLC, 2016 WL 6995892, 2016 NY Slip Op 32368(U) (NY Sup Ct 30 November 2016) (the champerty ‘statute does not bar a transfer or assignment when its goal is the collection of a legitimate claim’). The prohibition against champerty is ‘limited in scope’ and has historically been ‘directed toward preventing attorneys from filing suit merely as a vehicle for obtaining costs’. See Trust for the Certificate Holders of the Merrill Lynch Mortgage Investors Inc v Love Funding Corp, 13 NY3d 190 (NY 2009).

No court in New York has found the traditional third-party litigation funding model to be champerty.

The Court of Appeals of New York has analysed the champerty statute in the context of transactions in which a party acquires a note or security and then brings a lawsuit in its own name on the basis of that note or security. These cases help illustrate why third-party litigation funding is not champerty under New York law. The difference between champertous and non-champertous conduct turns on the party’s intent when entering into the transaction. Compare Trust for the Certificate Holders of the Merrill Lynch Mortgage Investors Inc v Love Funding Corp (it was not champerty where the party purchased a note and brought an action as a way to enforce its rights under the note) and Justinian Capital SPC v WestLB AG (it was champerty where the sole purpose of acquiring the note was so the plaintiff could bring the action).

In both of these cases, the transactions were structured very differently from how a traditional third-party funding agreement is structured. For example, a third-party litigation funder does not acquire the asset itself, nor does it bring a lawsuit in its own name. Instead, the party whose lawsuit is being funded is, and remains to be, the original owner of the asset that is the subject of the litigation. Furthermore, the nature of the funder’s interest is to the proceeds of the litigation, not the underlying asset itself.

In the unlikely event a court was to consider third-party litigation funding to be champerty, the statute prohibiting champerty was amended in 2004 to add a safe harbour provision (NY Judiciary Law 489(2)). The safe harbour provision exempts any transaction in excess of US$500,000 from the prohibition against champerty. See Justinian Capital SPC v WestLB AG. This would serve to protect just about any litigation funding arrangement from being prohibited as champerty.

In New York, a lawyer’s conduct is governed by the New York Rules of Professional Conduct (NYRPC). A lawyer who violates the NYRPC could be subject to disciplinary action, which could lead to his or her disbarment (rescindment of his or her right to practise law).

The NYRPC rules that a lawyer needs to consider in connection with third-party litigation funding relate to (i) the lawyer’s obligation to provide candid advice about the benefits and risks of litigation funding; (ii) avoiding conflicts of interest; (iii) maintaining client control over the proceeding; and (iv) the disclosure of information to the funder.

In representing a client, a lawyer shall exercise independent professional judgment and render candid advice. In rendering advice, a lawyer may refer not only to law but to other considerations such as moral, economic, social and political factors that may be relevant to the client’s situation.

This means that a lawyer may not render advice based on the best interests of anyone other than his or her client. Accordingly, if a client is seeking litigation funding, a lawyer must ‘provide candid advice regarding whether the arrangement is in the client’s best interest’, and should discuss the costs and benefits, as well as alternatives. See NYCBA Formal Opinion 2011-2.

Where the third-party litigation funder is paying the client’s legal fees, the lawyer must ensure that the payment structure does not create a conflict of interest. The lawyer can meet his or her ethical obligations by obtaining informed consent from the client and ensuring that the funder does not interfere with the lawyer’s independent judgement or the client-lawyer relationship (NYRPC 1.8(f )(2)). The rules prohibit a lawyer from representing a client if, for whatever reason, there is a risk that the lawyer’s professional judgement will be adversely affected by the existence of the funder (NYRPC 1.7(a)).

At all times, it is the client who must control the litigation. While the client may permit the funder to be involved in the strategy or other aspects of the lawsuit (subject to any risks discussed throughout this chapter), such involvement is only allowed with the client’s explicit and informed consent (NYCBA Formal Opinion 2011-2). Except as authorised by law, a funder’s influence must never amount to interfering with, directing or regulating the lawyer’s judgement, or compromising his or her duty to maintain client confidences (NYRPC 5.4(c)).

Thus, regardless of the funder’s financial interest, a lawyer has a duty to abide by the client’s decision regarding litigation objectives and whether to settle a matter (NYRPC 1.2).

In addition, as is discussed in more detail in question 23, an attorney cannot disclose any information to any party, including a funder (or potential funder) without obtaining the client’s informed consent to disclose such information (NYRPC 1.6(a)(1)).

There are no governmental bodies that currently regulate or oversee third-party litigation funding in New York state.

Various lobbying organisations and legislative agencies in the US, and in New York, have suggested that further regulation is warranted, and have proposed that the Securities and Exchange Commission, Federal Trade Commission or even the Consumer Financial Protection Bureau would be well-placed to oversee third-party funders and ensure that third-party funders transact in a manner that protects the attorney-client relationship and the integrity of the judicial system and comports with the public interest. However, no such regulatory oversight has been enacted federally or in New York state.