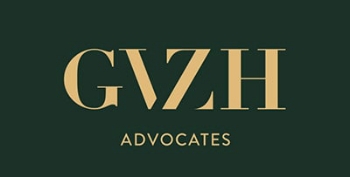 In August of 2018, four Legal Notices were published making amendments to annual leave entitlement, itemised payslips, transfer of business legislation and temporary agency workers. These legal notices were suspended shortly after publication with further legal notices being published in December of 2018 to amend some of the suspended provisions, and bring into force.

Two of the legal notices published in August 2018, L.N 272 of 2018 which amended the Temporary Agency Workers Regulations and L.N 273 of 2018 which amended the Transfer of Business (Protection of Employment) Regulations, have not been further amended causing one to come to the conclusion that these are still suspended and are not currently in force however clarification is needed in this regard.

The December legal notices have amended and/or brought into force the below provisions:

L.N 439 of 2018 amended the existing but suspended regulations to make them applicable as from the 1st January 2019. The Regulations bind an employer to provide employees with an itemised payslip either before or on the date when the wages are due and provide for minimum requirements which must be included in the payslips.

L.N 440 of 2018 amended the principal regulations and brought the Standard Order into force.

As from the 1st of January 2019, unless otherwise agreed to, the employer may only utilize up to the equivalent in hours of twelve working days from the annual leave entitlement of the employees for the purposes of any type of shutdown, including a temporary closure of whole or part of the premises by the employer for bridge holidays or any other short periods of shutdown.

Annual leave shall continue to accrue in favour of an employee during the period when she is on maternity leave. Any balance of annual leave unavailed of by the end of the calendar year shall be automatically transferred to the next calendar year when it has not been possible for the employee to avail herself of such leave during the same year when the maternity leave commenced.

When a public or national holiday falling on a day of work or on a weekly day of rest not being a Saturday or a Sunday falls within a period of maternity leave, such employee shall be entitled to the equivalent in hours of an additional day of annual leave.

Annual leave shall continue to accrue in favour of an employee during the period when he is on sick leave or injury leave, irrespective of whether the sick leave or the injury leave is fully paid, partially paid or unpaid. Any balance of annual leave unavailed of by the end of the calendar year shall be automatically transferred to the next calendar year when it has not been possible for the employee to avail himself of such leave during the same year when the sickness or injury leave commenced.

L.N 444 of 2018 amends the Organisation of Working Time Regulations to introduce an extra 8 hours of paid leave bringing the total annual leave entitlement to 208 hours as from 2019.