Is Biden about to make marijuana legal?

If so, what will that mean for employers?

Yesterday, President Biden announced that he was pardoning everyone who was criminally convicted of simple possession of marijuana under federal law. He's also asked state governors to do the same.

The third part of his announcement is of potential significance to employers: The President said that he would ask the Secretary of Health and Human Services and the Attorney General to review whether marijuana should be "demoted" from a Schedule I controlled substance (any use illegal) to a lower class. “The federal government currently classifies marijuana as a Schedule I substance,” the President said, “the same as heroin and LSD and more serious than fentanyl. It makes no sense.”

The drugs on Schedules II-V are legal with varying levels of restriction. All of the Schedules, with examples, are available here.

If marijuana gets a "demotion," this could be a big deal to employers -- especially those in the dwindling number of states where marijuana use is still illegal.

The ADA also says that testing for illegal drugs is not a "medical examination" subject to the ADA's restrictions on such. (There are major qualifications to that general rule, which is why virtually all employers wait until the post-offer stage to conduct drug tests.) If marijuana moves to another Schedule, pre-employment drug tests presumably would have to either (a) not include testing for marijuana, or (b) always be conducted post-offer (which, again, they probably are, anyway). If an offeree tests positive, the employer might have to consider making reasonable accommodations rather than simply withdrawing the offer. At least, for positions that are not safety-sensitive.

And employers who conduct random or universal testing of current employees may not be able to include marijuana in the panel of drugs for which they test. As with alcohol, presumably employers would be allowed to test for marijuana only if there were some sort of "cause" -- that is, reasonable suspicion, post-accident, and subject to a last-chance agreement.

(Where testing for marijuana is required by another federal law, such as the regulations of the U.S. Department of Transportation, there should not be an ADA issue.)

Not too terribly long ago, in a post for employers with operations in states where marijuana was legal, I recommended treating marijuana use the same way one would treat alcohol use. In other words, tolerate it, but don't let people consume during working hours or be under the influence while on duty. I still think that's the way to go, but . . .

. . . we have another problem. With marijuana, as opposed to alcohol, there is no generally recognized standard of being "under the influence." In a state where all marijuana use is illegal, that isn't a concern because any level of marijuana in the system would justify withdrawal of a job offer, mandatory rehabilitation, or termination of employment. But if employers can take action against an employee for marijuana use only if the employee is "under the influence," then how will the employer know when it can legally test? 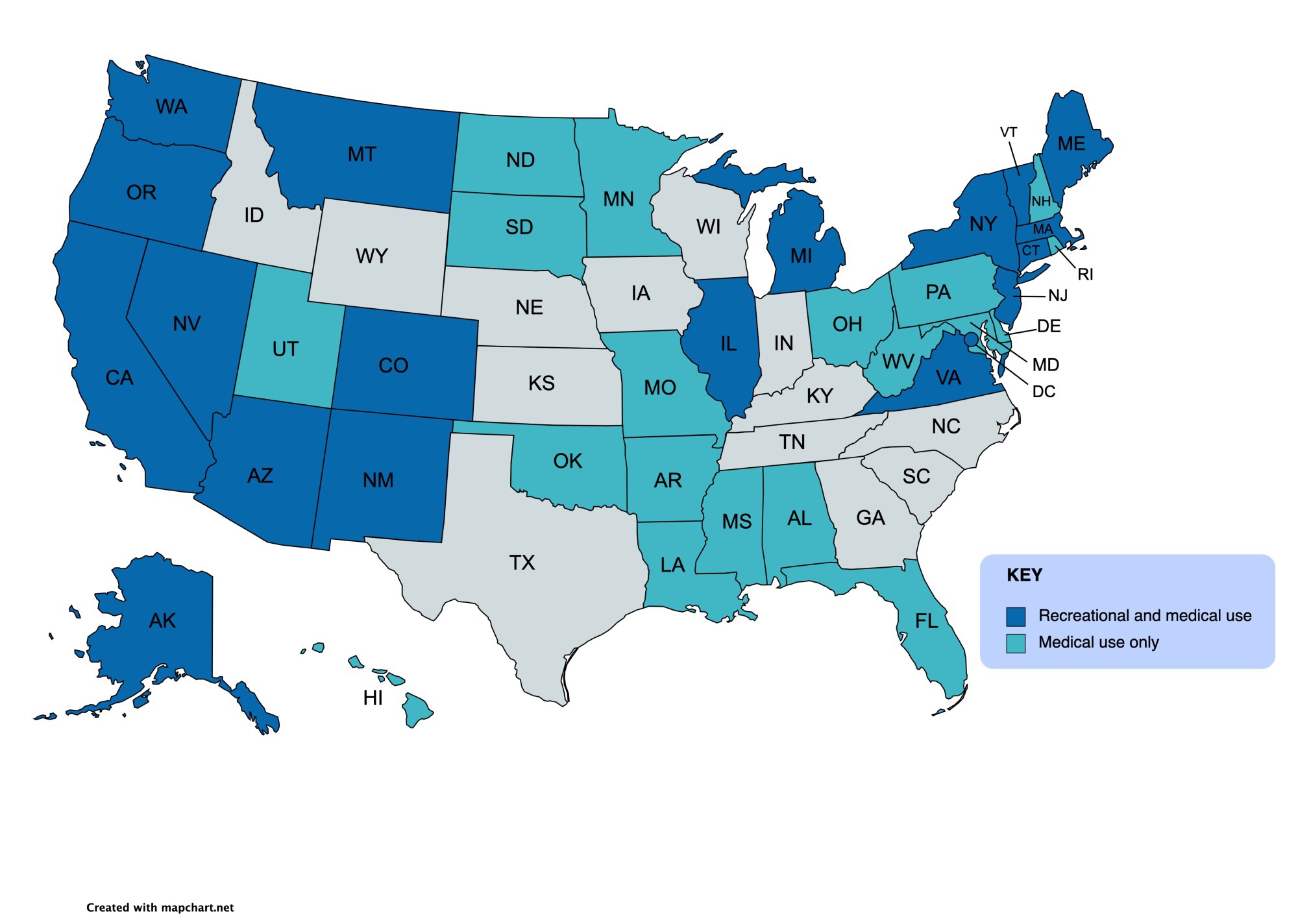 P.S. On November 8, five more states (Arkansas, Maryland, Missouri, and the Dakotas) will have referenda on whether to legalize all adult use of marijuana. These states currently allow medical use but not recreational use.