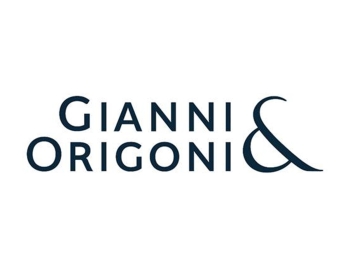 Italy does not have any lobbying legislation at the national level. However, numerous proposals have been presented over the years by lawmakers. In 2007, the government sponsored one legislative proposal under Prime Minister Romano Prodi.

In 2016, the Chamber of Deputies adopted an addendum to its Rules of Procedure, by virtue of which it introduced a Regulation on interest representation (the Regulation). The Regulation disciplines lobbying conducted by interest representatives within the premises of this chamber only. The Regulation expired in late 2017, when the term of the then sitting Parliament expired. Following elections in March 2018, a new parliamentary term started. Even though the Regulation has not been readopted, the provisions therein are being complied with, in particular as regards registration and disclosure.

These regional laws have a broadly similar structure, with varying degrees of comprehensiveness and slightly different scope. All but one comprise a definition of lobbying activities, establish a public register of interest representatives maintained by regional authorities, and set out requirements for registration and sanctions for violations. However, in practice, only Tuscany has implemented this legislation and created the above-mentioned public register, while none of the others have yet taken any significant steps towards implementation.

The Regulation defines interest representation as ‘every professional activity conducted on the premises of the Chamber of Deputies through proposals, requests, suggestions, studies, research, analysis or any other initiative or communication in oral and written form, aiming at pursuing a person’s own legitimate interests or of third persons in relation to members of the Chamber of Deputies’ (article 2). This definition explicitly excludes ‘interventions made and material provided during hearings of parliamentary committees’.

As regards the regional laws, interest representation is generally defined as any activity aimed at pursuing legitimate interests (of an economic or non-economic nature) with decision makers in order to influence ongoing policymaking or to advocate for new policies.

As regards the Chamber of Deputies, registration is mandatory in order to engage in lobbying activities on the Chamber’s premises. Lobbyists must supply their personal data as well as their organisation’s data, a description of the nature of the lobbying activity they foresee to engage in and details of the persons they intend to contact. Registered individuals obtain access to the Chamber through a special ‘lobbyist badge’. In practice, however, it is still possible to have access to lawmakers in the Chamber of Deputies through a visitor’s badge provided by MPs themselves.

Some government departments maintain meeting registers. In 2016, the Department of Economic Development had adopted an internal plan to regulate interest representation in the framework of the third OGP Action Plan. The department policy included a register of lobbyists, which explicitly mentions lobbyists’ rights, a code of conduct and the possibility for citizens to signal incongruences and errors through a dedicated section of the web portal. In September 2018, the policy became law when Minister Di Maio signed a Directive providing for a register of lobbyists (http://registrotrasparenza.mise.gov.it/).

As regards the regional level, the applicable legislation foresees registration of lobbyists on a public register, with accompanying rights and duties. In practice, however, the only register that exists to date is the register maintained by the regional council of Tuscany.

Under the reporting requirements of the lobbying register of the Chamber of Deputies, registered entities must include information on the contact between registered lobbyists and MPs; further details on the nature of the contact or exceptions are not included.

Communications with officials of both the legislative and executive branch are not covered by any rule at the national level, whereas the most recent regional law from Puglia is advanced in this regard as it foresees a public agenda of meetings between registered lobbyists and decision makers, including heads of strategic regional (public) firms and of regional health service bodies.

The lobbying register of the Chamber of Deputies distinguishes between entities and persons lobbying on behalf of themselves, and those lobbying for third parties (article 3 of the Regulation). In the latter case, the entity or subject intending to register must indicate on whose behalf he or she is exercising the lobbying activity and on what legal grounds, with a specification of the expiration of the mandate if relevant. However, a lobbyist may legitimately be bound by a non-disclosure agreement, in which case he or she will be exempted from disclosing the identity of the client at the stage of registration.

There are no specific provisions for non-profit entities in the register, but interest representatives of the ‘most representative economic and social organisations at regional level’ are automatically accredited according to some of the existing regional laws (eg, Lombardy).

Neither the Regulation nor any of the regional laws foresee thresholds for lobbyists’ registration, including the amount of time or budget spent, number of contacts or fees earned; similarly, there are no specific provisions for lawyers when representing a client.

The Regulation governing the register of the Chamber of Deputies mandates registration for entities and persons lobbying on their own behalf, and those lobbying on behalf of third parties.

Interest representatives must provide the following information prior to signing up:

These registration requirements apply to both in-house lobbyists (category (i) above) and interest representatives lobbying on behalf of third parties such as lobbying firms and law firms (category (ii) above). In the case of representatives lobbying on behalf of third parties, registrants must additionally specify the name of their clients and the legal title on which basis the lobbying activity is performed (ie, the lobbying contract), unless bound by a non-disclosure agreement.

The registration can be carried out by a legal person or by a physical person. In the latter case, the individual lobbyist takes responsibility for the declarations submitted; in the former case, the responsibility falls on the authorised representative.

Lobbyists registered in the Chamber’s registry must submit a yearly report providing information on: the nature of the communications held with lawmakers; pursued objectives; the members of the chamber with whom they met; and details on the collaborators and employees performing such activity.

If the lobbying activities carried out at the end of the period differ from the planned activities (as stated at the time of registration), these differences must also be described (eg, by specifying the names of the MPs that were contacted, in addition to those with whom contact was planned at registration).

The Office of the President of the Chamber of Deputies can contact registered entities and individuals and ask them to provide further details (eg, on the amount of budget spent (currently not subject to disclosure rules in the Regulation)).

The registry of the Chamber of Deputies is freely available on the institution’s website and is maintained by the office of the Presidency. Citizens can easily consult the list of registered entities, including full information on interest representatives’ personal data and lobbying activities (www.camera.it/leg18/1306). The register currently includes around 200 interest representatives.

The same goes for the Tuscan register of accredited interest groups, which contains 130 entities with contact details and indications of the committees within the regional council (the lawmaking regional body) relevant for their lobbying activities (Tuscany’s register can be found at http://econsiglio.consiglio.regione.toscana.it/webapp/commissioni_150529/report.php).

The only instance of lobbying legislation with dedicated provisions on a code of conduct is the Puglia law approved in July 2017. Under its terms the regional government is mandated to draft a code of conduct for lobbyists, which should become a mandatory requirement for registration.

The Ministry for Economic Development, which has a fairly advanced lobbying regulation system (see question 8), has its own code of conduct for entities and persons registered in its Transparency Register. The code is informed by the principles of loyalty, transparency and fairness and is accompanied by a similar code of conduct for the department’s own employees.

Moreover, there are two professional associations for interest representatives and public affairs professionals that have adopted their own, non-binding code of conducts. The first of such professional associations is the Italian Federation of Public Relations, which broadly covers public relations professionals, while the association Il Chiostro is the specific organisation of Italian lobbyists. The ethics code of the latter includes rules of general behaviour as well as specific provisions on funding of politics, gifts and donations, and incompatibility.