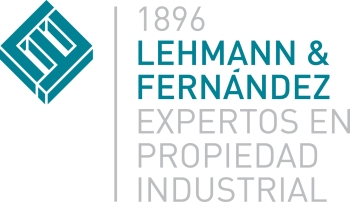 Bayer CropScience has managed to hold up the possibility of a phytosanitary generic appearing by means of a decision handed down by the Madrid High Court of Justice since the legal lifetime of its patent was extended by an SPC grant.

The background to this case is as follows: in 2006, Bayer CropScience applied to the Spanish Patent and Trademark Office (SPTMO) for the recordal of a Supplementary Protection Certificate for the basic European Patent 0723534 relating to “PHENYLSULFONYL UREAS, PROCESS FOR PRODUCING THE SAME AND THEIR USE AS HERBICIDES AND PLANT GROWTH REGULATORS” for the “Iodosulfuron –methylsodium+Mesosulfuron methyl” product authorized by the Register of Phytosanitary Products.

The SPTMO refused this application considering that only one of these active substances, specifically, “Mesosulfuron methyl”, was protected by the basic patent.

Bayer CropScience’s legal representative (Lehmann & Fernández, SL) appealed this decision with the SPTMO itself. To the effects of the grant of an SPC application, they manifested in this appeal, the irrelevance of marketing the phytosanitary product authorized in combination with another active substance. It was argued that the spirit of the European Parliament and Council’s (EC) Regulation 1610/96 of 23 July 1996 creating the legal figure of SPCs is underlying in giving absolute protection to the phytosanitary product covered and claimed in the basic patent, irrespective of whether exploitation and marketing in Spain is carried out in combination with another active substance or not.

The SPTMO did not accept the appeal as it considered that the combination of the said active substances was not included in the basic patent’s claims. It grounded its decision on case law existing up to the date in Spain and, specifically, the 4 July 2007 Supreme Court finding.

Lehmann & Fernández lodged a contentious-administrative appeal (against the governmental/administrative decision) with the MHCJ conclusively maintaining and reasoning the interpretation that should be made of (EC) Regulation 1610/96 governing SPCs.

In prosecuting this process, the MHCJ was made aware of the decision handed down in case C-322/10 of the EC’s Supreme Court by means of a finding dated 24.11.2011 which determined, in accordance with the theory as maintained by the Bayer CropScience representative, that “an active substance claimed in the basic patent has to be protected by an SPC and the circumstance of whether it appears combined with another active principle or not in the Health Agencies’ Marketing Authorization is ineffective”.

By virtue of the MHCJ decision under discussion, a new twist has been given to case law setting a new trend in harmony with European jurisprudence on the grant of an SPC application.