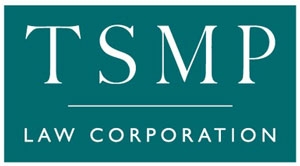 The statutory body responsible for carrying out such planning is the URA. The URA publishes a Master Plan every five years, which is a statutory land-use plan that will guide Singapore's development in the medium term (over the following 10 to 15 years). The latest Master Plan is the Master Plan 2014. The Master Plan designates the zoning and permissible uses of land in Singapore. It is important to check the permissible use of a property prior to its acquisition to ensure that it is in line with the purchaser's intended use. In this regard, purchasers would typically conduct legal requisitions with the planning authority as to the land use zoning of the property.

The effects of the cooling measures are most visible with non-landed residential property. Colliers reporting that 54 collective-sale tenders, of which seven with commercial components, have closed without a sale. As of 22 October 2018, 33 deals worth S$9.89 billion were completed, almost half fewer as compared to the same quarter in 2016 with 64 deals worth S$19.1 billion completed.

JTC, which leases out most of the industrial land in Singapore, typically imposes environmental clean-up obligations on a lessee whose use of the land is potentially pollutive. If any such lessee wishes to assign its lease to a third party, JTC's consent is usually required. As part of its consent, JTC may require the lessee to conduct an environmental baseline study (to determine the extent of contamination of a particular site) and, if it deems it necessary, require the lessee to carry out an environmental clean-up before assignment of the lease.

Separately, under the Environmental Protection and Management Act of Singapore (EPMA), the occupier of any industrial or trade premises is required to maintain any fuel-burning equipment and any air pollution control equipment installed in or on the premises in an efficient condition, and ensure that such equipment is working in a proper and efficient manner. Failure to abide by these obligations would render the occupier guilty of an offence.

Stamp duty is payable on the acquisition or disposal of immovable property situated in Singapore. The amount of stamp duty payable is computed on the purchase price or market value of the property, whichever is higher, and is payable within 14 days of the date of the instrument effecting the acquisition or disposal of such property (or, where the instrument is executed overseas, within 30 days of receipt of the instrument in Singapore). A penalty of up to four times the amount of unpaid duty can be imposed where there is a failure to pay such duty.

A purchaser is liable to pay buyer's stamp duty (BSD) and, if the property concerned is a residential property, also additional buyer stamp duty (ABSD).

The most common forms of security over real estate situated in Singapore are the mortgage and the charge.

A mortgage operates by way of an outright conveyance of the borrower's title (as the owner of the property) in the property with a proviso that the lender will reconvey the property when the borrower has performed his or her obligations under the loan. Where separate title for the property has been issued, the mortgage must be registered with the Singapore Land Registry in the approved form. Where separate title for the property has not been issued, an assignment of the rights, title and interest under the relevant contract (for instance, a sale agreement) coupled with a mortgage-in-escrow is effected instead.

A charge creates a security interest in the property, but without an outright conveyance of the property itself. As with a mortgage, the formalities depend on whether the land is registered or unregistered, and whether separate title has been issued.

Other forms of security that are commonly taken over interests emanating from real estate situated in Singapore include an assignment of sale and rental proceeds, an assignment of insurances over property and debenture (fixed and floating charge over a company's assets).