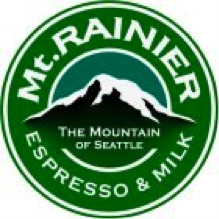 ” for goods in classes 29 and 30 including, among others, milk beverages, coffee, and coffee beverages” (“Mr. Rainier Mark”). The Opposer argued the Mt. Rainier Mark was similar to the Opposer’s well-known “ 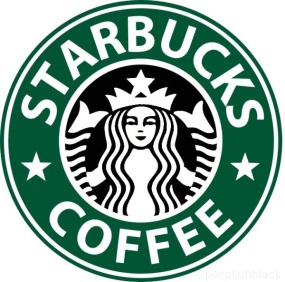 A judgment was made in favor of Applicant.

In Japan, the Applicant is a well-known manufacturer of coffee and coffee-based beverage products and has been selling such beverages using the Mt. Rainier Mark for more than 20 years. The Opponent is one of the largest sellers of coffee products in the world and its Mermaid Mark has been used extensively in Singapore and in numerous countries.

In the opposition, four arguments were made:

Opposer argued the Mt. Rainier Mark was similar to Opposer’s well-known green-and-white Mermaid Mark and thus under Sections 8(2) (b) and 8(4) (b) of the Singapore Trade Mark Act the Mt. Ranier Mark should not be registered.

(4) the earlier trade mark is well known in Singapore; and

(A) would cause dilution in an unfair manner of the distinctive character of the earlier trade mark; or

(B) would take unfair advantage of the distinctive character of the earlier trade mark.

In particular, the Opposer made arguments that the green-black-white color scheme and the layout of the respective trade marks within concentric circles resulted in an overall similarity between the marks.

While the IP Office of Singapore Adjudicator did acknowledge these similarities existed between the marks, it was found that the most prominent elements making up the respective marks were the word “Starbucks” and the “Mermaid Device” for the Mermaid Mark; and the words “Mt. Rainier”/“The Mountains Of Seattle” along with the picture of a “Mountain Range Device” for the Mt. Rainier Mark. It was found that these prominent textual and figurative elements were significantly different and as such the two respective marks as a whole were not similar.

In addition, the Opposer argued the grounds of passing off under Section 8(7) (a) of the Singapore Trade Mark Act.

8. (7) A trade mark shall not be registered if, or to the extent that, its use in Singapore is liable to be prevented —

(a) by virtue of any rule of law (in particular, the law of passing off) protecting an unregistered trade mark or other sign used in the course of trade.

The IP Adjudicator found the colour make-up of the Opposer’s concentric circle element lacked – by itself -- source identifier qualities. Rather, it was again found the most prominent elements making up the respective marks were the word “Starbucks” and the “Mermaid Device” for the Mermaid Mark and the words “Mt. Ranier”/“The Mountains Of Seattle” along with the picture of a “Mountain Range Device” for the Mt. Ranier Mark. And, it was found that these prominent textual and figurative elements were significantly different and as such no misrepresentation in the nature of passing off would occur.

3. Misrepresentation as to Geographical Origin

Next, the Opposer argued the Applicant’s mark was designed in such a manner that it would mislead consumers as to the geographical origin of the goods in violation of Section 7(4) (b) of the Singapore Trade Mark Act.

(b) of such a nature as to deceive the public (for instance as to the nature, quality or geographical origin of the goods or service).

Here, the Opposer argued the Mt. Rainier Mark would deceive consumers into believing the Applicant’s products were manufactured in Seattle when that was not the case.

Further, since there was no evidence in the record to show Mt. Rainier has a reputation associated with coffee or coffee beverages of any kind, it was found that Singaporean consumers would see the reference to “Mt. Rainier” as a fanciful reference and not as an attempt to create a deceptive statement of origin.

Finally, the Opposer argued the Applicant’s application was filed in bad faith under Section 7(6) of the Singapore Trade Mark Act and thus the Morinaga Mark should not be registered.

7. (6) A trade mark shall not be registered if or to the extent that the application is made in bad faith.

Here, the Opposer argued that filing the mark with a reference to Mt. Rainier was a commercially unacceptable practice in that Mt. Rainier is a culturally important landmark. The IP Adjudicator didn’t agree with this line of argument and thus the bad faith argument was rejected as well.

In summary, the opposition failed on all grounds and the Applicant’s mark will proceed to registration.

This article is an extract from Spruson & Ferguson’s Asia-Pacific Regional Trade Mark Update. You can view the entire summary here.