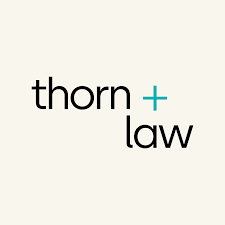 Third-party litigation funding is permitted. Although the common law torts of maintenance (assisting a party in litigation without justification) and champerty (assisting in consideration of a share of proceeds of the litigation) have not been abolished in New Zealand, the recent attitude of the New Zealand courts to third party-funding can be described as ‘cautiously permissive’. To describe this approach, a distinction needs to be drawn between representative proceedings under Rule 4.24 of the High Court Rules (which allows one or more persons to sue on behalf of or for the benefit of all persons with the same interest in the subject matter), and ordinary non-representative proceedings.

A representative proceeding requires that either the representatives sue with the consent of the other persons who have the same interest, or the court directs this on an application. The Court of Appeal has confirmed that the existing procedure does not require the Court to give prior approval for a funding arrangement (Southern Response Earthquake Services Ltd v Southern Response Unresolved Claims Group [2017] NZCA 489 at [79]). Instead, the Court will ensure that in granting leave it is not facilitating an abuse of process. If a representative proceeding is based on clearly misleading funding arrangements or amounts to a bare assignment of claims, then the Court will not grant leave knowing that its processes are being used to facilitate unlawful conduct. In this regard, the courts will exercise a greater supervisory role over the setting up of representative proceedings (ie, the funding arrangements and communications with prospective class members) than where a party bring an ordinary proceeding that is funded.

The Supreme Court of New Zealand has made it clear that it is not the role of the courts to act as general regulators of litigation funding arrangements or to give prior approval to such arrangements, outside its supervisory role in ‘representative’ proceedings (see above). Instead, the role of the courts is to adjudicate on any applications brought before them to which the existence and terms of a litigation funding arrangement may be relevant (Waterhouse v Contractors Bonding Ltd [2013] NZSC 89, [2014] 1 NZLR 91 at paragraphs 28 to 29). The Supreme Court has accepted that some measure of control by a third-party funder is ‘inevitable’ to enable a litigation funder to protect its investment (Waterhouse v Contractors Bonding Ltd [2013] NZSC 89, [2014] 1 NZLR 91 at paragraph 46).

Given the private nature of arbitration, the treatment of third-party litigation funding in domestic arbitration in New Zealand is largely unknown. The relevant legislation (the Arbitration Act 1996) does not contain any provisions relating either directly or indirectly to litigation funding (or even class arbitrations). Instead, an arbitrator has the power to conduct the arbitration, or to control the conduct of the arbitration, subject to the agreement between the parties and the rules of natural justice (article 19, Schedule 1). An arbitrator may also order ‘any party to do all such other things during the arbitral proceedings as may reasonably be needed to enable an award to be made properly and efficiently’ (Clause 3(1)(j) of Schedule 2). These broad powers would encompass the ability to regulate funded domestic arbitrations with respect to those referred to in the following questions.

Litigation funding is becoming more commonly used in New Zealand, although is not as commonly used as in other common law jurisdictions (such as the United Kingdom and Australia). In recent years, a variety of proceedings funded by third parties have been brought, with allegations in relation to:

There are no limits prescribed by either legislation or the common law. In the context of a non-representative funded action, the Supreme Court of New Zealand has said that it is not the role of the courts to assess the fairness of any bargain between a funder and a plaintiff, presumably including funder remuneration (paragraph 48, Waterhouse). In the context of a representative funded action, the High Court was not persuaded that the terms of the funding agreement (including an entitlement to terminate the funding agreement without cause on five days’ notice and a power to veto in relation to settlement) were inappropriate for a representative action (Strathboss Kiwifruit Ltd v Attorney-General [2015] NZHC 1596, (2015) 23 PRNZ 69 at paragraph 70).

That said, in assessing whether litigation funding arrangements amount to an assignment that is not permitted, the courts will have regard to the profit share of the funder (see question 1).

No specific rules apply. The general professional and ethical rules in the Lawyers and Conveyancers Act (Lawyers: Conduct and Client Care) Rules 2008 apply.

No public bodies have specific interest in or oversight over third-party litigation funding, apart from the courts.