US private equity (PE) had its busiest 12 months since the financial crisis in 2017, securing 1,261 buyouts valued at US$191.9 billion over the year—a record deal volume. A total of 633 buyouts valued at US$111.9 billion have been announced so far this year, marking a four percent uptick in value compared to the same period in 2017, while volume edged ahead by three percent.

In industries that are not consolidated, firms employing a buy-and-build strategy are able to pick up smaller businesses for lower multiples.

Growing competition within the PE asset class is increasing pressure on buyout firms looking to deploy their cash. According to Preqin figures, PE firms raised a record US$453 billion in 2017 and are sitting on US$1 trillion of dry powder—an all-time high. With so much capital seeking assets, pricing has skyrocketed, prompting some firms to step back from transactions for fear of overpaying.

Extremely high prices are making it increasingly difficult for buyout firms to match sellers' expectations. Strategic buyers are also back in full force. Their new willingness to accept risk and openness to problem-solving makes them formidable competitors to PE sponsors in the auction process, with a leg up on valuations most of the time due to their ability to harvest synergies. 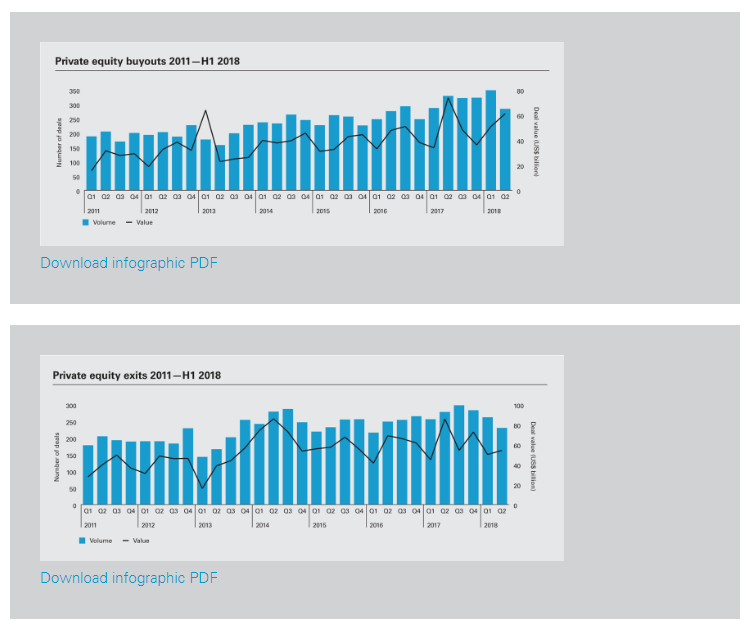 As competition for assets heats up, PE firms have evolved their investment strategies and tactics, finding new and inventive ways of putting their money to work. Buy-and-build strategies, where PE firms back platform companies to pursue consolidation strategies in chosen sectors, are becoming more popular. JAB Holdings, the owner of coffee group Keurig Green Mountain, for example, is supporting the company's US$23.1 billion ongoing acquisition of soft drinks company Dr Pepper Snapple Group.

In industries that are not consolidated, firms employing a buy-and-build strategy are able to pick up smaller businesses for lower multiples than what they themselves are trading at. Buy-and-build strategies can also work in less-fractured markets, because once the PE firm has a platform, it can achieve the same synergies as a purebred strategic and be competitive on price.

Club deals are also becoming a more common way to manage high prices, as demonstrated by Blackstone, GIC and CPPIB joining forces to acquire a stake in Thomson Reuters Corporation in a planned US$17 billion deal. As mentioned, PE funds are under increasing pressure to stretch to pay higher multiples and higher overall purchase prices. Funds that are uncomfortable writing the full equity checks themselves are teaming up with other partners, who are often limited partners in their funds. 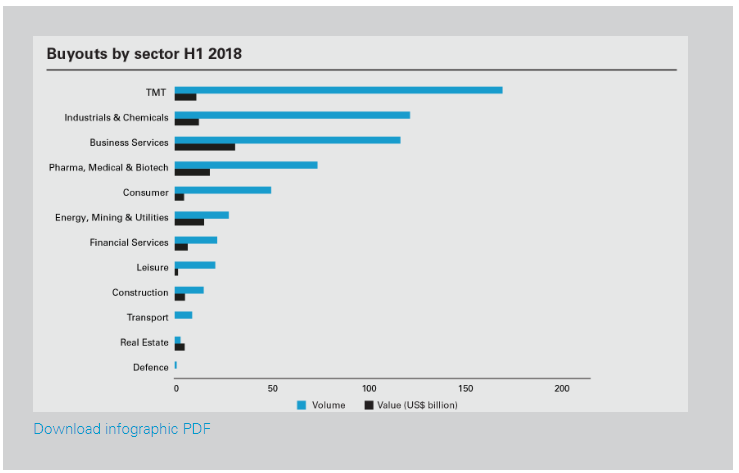 At the beginning of the year, activity was a little slower as dealmakers assessed potential impacts from tax law changes. There was also uncertainty surrounding the direction of the Trump administration. On top of this, after very high activity last year, many funds were focused on portfolio company-level integration.

Yet despite the slight hesitancy seen at the start of the year, funds will continue to put their money to work. While there has been some trepidation surrounding a downturn in the market, it appears, for now, that the bull run looks set to continue for US PE.