The Thai Patent Office of the Department of Intellectual Property of Thailand (“DIP”) has implemented a QR Code and Reference Number for all patent certificates, including design patents. This new feature allows patent proprietors or anyone else to verify and download an electronic certified copy of the letters patent via the DIP website.

Electronic transactions have inevitably become a crucial part of the modern business world. There is an ongoing attempt to develop an electronic government system that allows processes to be conveniently performed via electronic means, such as e-filing applications, official fee payments, signing of certificates and receipt of certificates, as well as the provision of Section 35 of the Electronic Transactions Act B.E. 2544 (2001), as amended, and the Royal Decree prescribing the Principles and Rules of Electronic Transactions in the Public Sector B.E. 2549 (2006); which stipulates that any transactions that were made in electronic form shall carry the same legal consequence as if having been proceeded in a conventional fashion.

1) Security Paper - patents will be issued on 220-gram paper with the serial numbers appearing on the bottom left corner of the patent.

3) QR Code on the bottom right corner of the design patent and petty patent, which provides access to the full version of the e-certificate signed digitally by virtue of Sections 26 and 28 of the Electronic Transactions Act B.E. 2544 (2001), as amended.

4) Reference Numbers and QR Codes can be verified at https://verify.ipthailand.go.th. The procedure for checking Patent/Design/Petty Patent with the reference number is available on said page as follows: 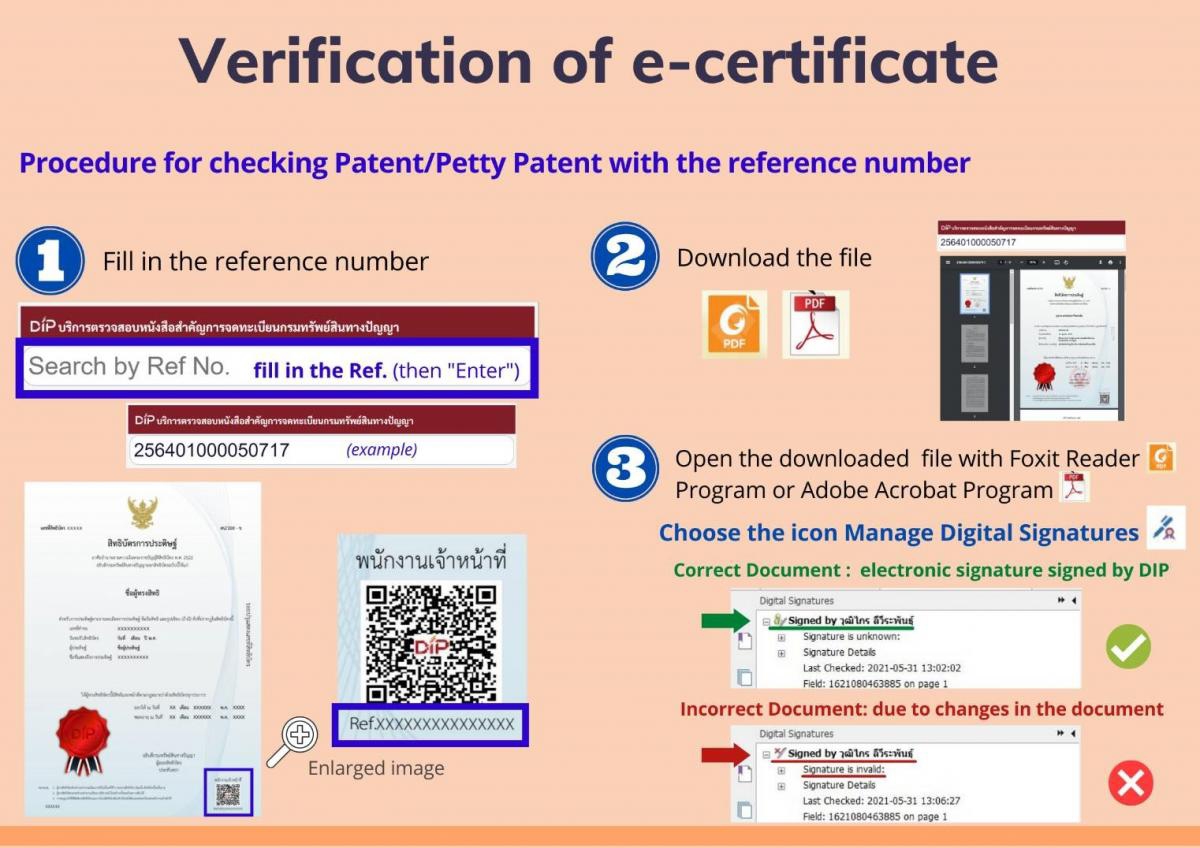 5) Patent numbers are shown in a perforated vertical line on the right side of the certificate.

6) Digital Signature will be implemented in the new patent certificate by using Public Key Infrastructure (PKI) to encrypt electronic data. This allows the officials to track-back in the event of forgery of messages appearing on the patents or electronic signatures.