In MoroccanOil Israel Ltd v Aldi Foods Pty Ltd [2017] FCA 823, Justice Katzmann found that the key packaging features which precluded a finding of passing off did not protect it from alternate ACL actions. Aldi's conduct in respect of the promotion of its "Moroccan Argan Oil" product range as "natural" or having certain performance benefits was considered of themselves to be misleading and deceptive. This article considers the consumer law implications of the decision.

Background to the Morrocanoil dispute

Moroccanoil Israel Ltd (MIL) manufactures and produces a range of hair care and beauty products containing argan oil for sale in a number of countries under the brand name MOROCCANOIL. MIL's hair oil treatment, shampoo and conditioner, were launched in Australia in 2009. MIL products are packaged in a turquoise packaging and glass bottle with the distinctive Morrocanoil composite mark as depicted below. 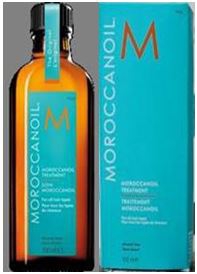 Aldi, the German discount supermarket, sells a range of hair care products under the name "Moroccan Argan Oil". Each of those products is branded "PROTANE NATURALS" or "VISAGE".

MIL sued Aldi, alleging that Aldi's use of the name "Moroccan Argan Oil" infringed MIL's registered trade marks, engaged in misleading and deceptive conduct in contravention of the Australian Consumer Law (ACL) and constituted passing off. Aldi denied the allegations and cross-claimed for cancellation of the MIL trade marks for non-use. 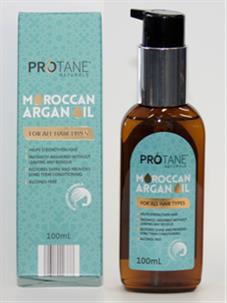 As depicted, the Aldi products were marketed in bottles bearing pale blue labels which included prominently Aldi's house mark "PROTANE" together with the words "Moroccan Argan Oil" rendered in orange. The products were packaged in packaging of similar get up to MIL’s products. Her Honour held that "Aldi unquestionably modelled its Oil Product on the MIL Oil Treatment" which was referred to as "the benchmark product" for the development of the Aldi home brand products. As Aldi's witnesses stated it was in this way that Aldi products were consistent with Aldi's customer focus, as captured in the slogan "Like Brands. Only Cheaper".

However, the Court held that the "mere fact that one trader copies aspects of the get-up of another…" does not mean that the conduct contravenes the ACL. Her Honour stated that this is because the Court must consider the differences as well as the similarities in making its assessment. The key differences in this case included the use of Aldi's house mark PROTANE, the word NATURALS, the absence of the "M" and the use of the plastic bottle instead of glass.

Her Honour also considered the trade channels and pricing differences between the two products to be relevant to her findings on misleading and deceptive conduct and passing off. She found that the trade channels and promotion used by MIL as being only available in salons and promoted through hair dressers, trade fairs and fashion magazines differed from those used by Aldi being Aldi supermarkets promoted by advertising brochures and occasional TV commercials. The target markets were different – MIL's products being high end, luxury or premium products whereas Aldi's products were considered by witnesses to be "low end" products and priced accordingly.

Whilst these findings suggest marketing and targeting at different price points and discrete markets may help consumers differentiate similarly packaged products, the addition of the other so called "differentiable material" and claims ultimately proved troublesome for Aldi.

The term "NATURALS" was widely used in Aldi's PROTANE product line. MIL alleged that use of the word "NATURALS" amounts to a representation that the products contain only or substantially natural ingredients, which is false. Her Honour was of the view that the ordinary or reasonable consumer shopping for hair care products, seeing the reference to “naturals” on the bottles or their containers, would consider that they were made, either wholly or substantially from natural ingredients. Therefore her Honour held that the ordinary and reasonable consumer would take the reference to the word "naturals" on the Aldi products as signification that they contain "substantially natural" products, except water, in circumstances where they do not. Therefore, she found that Aldi had engaged in misleading and deceptive conduct in respect of representations made that the Aldi Oil Treatment, the Shampoo and the Dry Shampoo were and are "natural".

This leaves open the question as to what "substantially natural" means in respect of the composition of ingredients contained in any given product and whether or not water ought to be included in the count. Justice Katzmann in holding that a product which includes substantial amounts of water would not be enough to justify a claim to the product being "natural" drew the analogy with Coca-Cola which has high water content. Her Honour said no reasonable consumer would consider Coca-Cola "natural" due to its substantial water content given the other ingredients present.

The composition of products bearing "natural" claims is becoming increasingly relevant in claims under the ACL. In circumstances where the industrialisation of many products requires the synthesis of natural products or the addition of substantial amounts of water in order to achieve stability or the desired consistency of a product these sorts of claims may attract further judicial scrutiny.

Some of Aldi's products claimed certain performance benefits of argan oil that MIL alleged to be false. Aldi's products included claims on their packaging that the argan oil "infused" in the products helped "strengthen hair" and "protect[s] hair from styling, heat and UV damage". Justice Katzmann rejected Aldi's argument that these were references to the products’ capabilities overall rather than due to the use of argan oil. This was evidenced by the prominence given to the inclusion of the argan oil claims on the packaging and the evidence of Aldi's own internal documents. From this it was clear it was the argan oil that Aldi claimed was responsible for the desired characteristics.

Her Honour held that the performance benefits of argan oil claimed by Aldi in circumstances where the scientific evidence demonstrated the amount of argan oil was insubstantial and could not make a material contribution to the performance of the products were unjustified and a contravention of ss. 18 and 29.