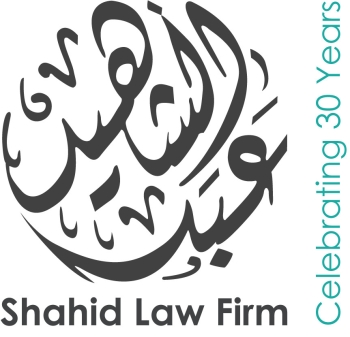 Does the state have a model BIT?

Egypt has published a model BIT; however, its applicability varies because of the relative negotiating positions and mutual interests. See: https://investmentpolicy.unctad.org/#iiaInner.

Egypt is currently reviewing the model BIT. A meeting was recently held between the Minister of Investment and International Cooperation, GAFI and other governmental authorities discussing the model BIT.

Does the state have a central repository of treaty preparatory materials? Are such materials publicly available?

What is the typical scope of coverage of investment treaties?

Typically, an Egyptian BIT contains a definition of ‘investment’, the ‘investor’ and the ‘territory’.

Despite variation in numerous Egyptian BITs, the Egyptian model BIT defines what might be termed a typical definition of an ‘investment’ as follows:

The term ‘investment’ shall comprise every kind of asset invested by a natural or juridical person including the Government of a Contracting Party, in the territory of the other Contracting Party in accordance with the laws and regulations of that Party.

Without restricting the generality of the foregoing the term ‘investment’ shall include:

(a) movable and immovable property as well as any other property rights in rem such as mortgages, guarantees, pledges, usufruct and similar rights;

(b) shares, stocks and debentures, or other rights or interests in such companies;

(c) claims to money, or to any performance having economic value associated with an investment;

(e) any rights conferred by laws or under contract and any licences and permits granted pursuant to law, including the concession to search for, extract, cultivate and exploit natural resources.

A change in the form in which assets are invested does not affect their character as investments.

Often, there are limitations of the scope of an investment based on the timing of investment.

For example, article 13 of the Egypt-Russian Federation BIT (1997) provides that ‘[t]he present Agreement shall be applied with respect to all capital investments, carried out by the investors of one of the Contracting Parties on the territory of the other Contracting Party, beginning in January 1, 1987’.

Another example is article 12 of the Cyprus-Egypt BIT (1998), which states that ‘[t]his Agreement shall apply to all investments made by investors of either Contracting Party in the territory of the other Contracting Party after its entry into force’. In other words, this excludes the possibility of an arbitral tribunal extending its jurisdiction to disputes that arise out of investments established before the agreement enters into force.

Despite the great variation that can be applied to this term, the Egyptian model BIT defines what might perhaps be a typical definition of an ‘investor’ as follows:

(a) ‘Natural person’ means with respect to either Contracting Party a natural person holding the nationality of that Party in accordance with its laws.

(b) ‘Juridical person’ means, with respect to either Contracting Party, any entity established in accordance with, and recognized as a juridical person by its laws: such as public institutions; corporations; foundations; private companies; firms; establishments and other organisations; and having permanent residence in the territory of one of the Contracting Party.

Interestingly, the Egyptian state typically denies BIT protection to its own citizens in the case of dual nationality, to the detriment of Egyptian nationals, even if the other state would allow it. See, for example, article 1(g) of the Egypt-Canada BIT: ‘[the] term “natural person” means any natural person holding the nationality of the Arab Republic of Egypt in accordance with its laws and who does not possess the citizenship of Canada’ (www.treaty-accord.gc.ca/text-texte.aspx?id=101524 (visited 9 September 2015)).

Typically, under BITs entered into with Egypt, for an ICISD tribunal to have jurisdiction over a dispute, it must have crystallised after the investor made his investment in Egypt. However, there are some variations; for example, article 13(3)(d) of the Canada-Egypt BIT (1996) provides that an investor may submit a dispute only if, among other things, ‘not more than three years have elapsed from the date on which the investor first acquired knowledge, or should have first acquired, knowledge of the alleged breach and knowledge that the investor has incurred loss or damage’.

Egyptian BITs typically extend the definition of the term ‘territory’ to any land, air space, territorial waters, exclusive economic zone and continental shelf area over which the contracting party has jurisdiction and sovereign rights pursuant to international law.

What substantive protections are typically available?

In most BITs entered into by Egypt, the fair and equitable (FET) standard is provided in general terms. However, in a few cases, BITs have added additional definitional language (eg, the BITs entered into with France and Chile provide that the fair and equitable protection ensures that the investor is not hindered by any obstacles in the exercise of the recognised rights).

In some other cases, the BITs contain language that deals with the FET standard together with, in light of or in connection with, other standards, such as full protection and security (eg, the BIT entered into with Comoros).

Almost all BITs entered into by Egypt contain protection against expropriation in general classic terms. Most BITs provide for the payment of an adequate compensation in the case of expropriation of the investment. In some cases, the BITs explicitly provide that compensation shall be equivalent to the real market value of the expropriated asset at the time the expropriation measure was announced (eg, France, Oman, Syria, the United Arab Emirates and Yemen) or shall amount to the market value of the investment expropriated immediately before expropriation was taken or became public knowledge (eg, using comparable or similar language, the Czech Republic, Greece, Indonesia, Pakistan and Portugal); or, further, certain BITs expressly provide for interest in addition to compensation (eg, Comoros, Jordan, Malta and Qatar).

Many of the BITs entered into by Egypt extend the guarantees against expropriation to indirect expropriating measures or measures tantamount to expropriation or of similar effect (eg, the United Arab Emirates and Yemen).

In a limited number of BITs, the obligation to provide protection and security is expressly ‘subject to national law’ (eg, Australia, Austria and Cyprus).

In most BITs, the ‘most favoured nation’ (MFN) does not cover the benefits of membership of a customs union, monetary union or free trade area, or taxation agreements or taxation legislation. In some BITs, such exceptions to the standards have been omitted (eg, the United Kingdom). As for the US-Egypt BIT, the wording is slightly different, providing for ‘limited exceptions for the standard of national treatment’.

A number of BITs signed by Egypt contain varying provisions that may be interpreted as an umbrella clause (eg, Algeria, Armenia, Turkmenistan, Ukraine and the United Kingdom).

If the clauses referred to above were to be interpreted as umbrella clauses, the language used refers to ‘obligations entered into’ or ‘commitments’ by the host state and is not limited only to contracts or contractual obligations.

Most BITs signed by Egypt provide for indemnification or compensation for any measures by the contracting state owing to war or other armed conflict, revolution, a state of national emergency, civil disturbance or other similar events. This, evidently, is typical.

What are the most commonly used dispute resolution options for investment disputes between foreign investors and your state?

While the model Egyptian BIT refers arbitration to an ad hoc tribunal, with a role played by the President of the International Court of Justice, most BITs, in fact, refer disputes to arbitration under the rules of ICSID, UNCITRAL, ICC, as well as either CRCICA or another relevant national or regional centre.

Does the state have an established practice of requiring confidentiality in investment arbitration?

In general, the Egyptian state prefers to maintain confidentiality in investment arbitration. In addition, the Arbitration Act provides that an arbitral award may not be published, in whole or in part, unless agreed by the parties. However, once the arbitral award has been deposited at the secretariat of the competent court, for the purpose of issuing an enforcement order, the arbitral award becomes public.

Does the state have an investment insurance agency or programme?