Xperi – the company formerly known as Tessera – had a positive 2017 financial year. Its preliminary results – announced in a recent press release – exceeded market expectations. Following its better-than-expected results, IAM takes a closer look at the construction of the Silicon Valley-based R&D and licensing company’s patent portfolio and details the key IP-related events that it has experienced in recent years.

Specialising in IP and technology licensing and innovation, Xperi wields a fairly robust patent portfolio with strength across a variety of technologies. The exact size and breakdown (by top five patent classifications) in terms of granted patents, as of 2nd February, can be seen below, according to data provided by IP data and analytics platform, ktMINE.

With particular strength in semiconductors , especially through its formation of Invensas, which specialises in advanced semiconductor packaging technology, the company makes it into IEEE’s Patent Power rankings 2017. IEEE’s rankings assign a ‘Pipeline Power’ score to each entity that makes the list: this score takes into account the value rather than raw quantity of patents by measuring the size of the portfolio (by number of granted US patents in the most recent full year) and weighing it against a number of other metrics that reflect the growth, impact, originality, and generality of the portfolio.

As seen below, Xperi is ranked 18th out of 20th for the companies with the highest ‘Pipeline Power’ in the semiconductor manufacturing sector. However, Invensas brandishes a significantly higher score of 1,255 and places far better at sixth in the semiconductor manufacturing sector. Although both Xperi and Invensas appear in IEEE’s 2015 rankings, neither feature in the 2016 list.

A landscape of Xperi’s patents, as of 2nd February, which reflects the technologies in the company’s portfolio and illustrates patent activity, was provided to IAM by patent services and technology intelligence firm TechInsights, as seen below.

Commenting on the results, TechInsights notes: “Xperi’s portfolio of active US grants and applications cover many aspects of semiconductors, as well as their application in micro-electro-mechanical systems (MEMS), imaging, circuits, and audio (DTS). Given the peak patent age is 12 years old when patent innovations are used, most of Xperi’s portfolio is well positioned to contribute to today’s high volume products. The company continues to advance technical solutions and associated intellectual property – for example, in MEMS and die stack technologies.” 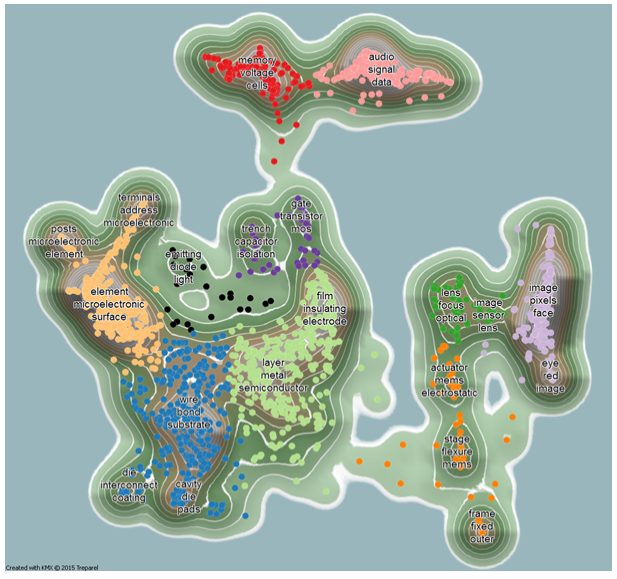 The year began with Tessera Technologies’ appointment of general counsel Barney Cassidy as the president of its patent licensing arm. As previously discussed by IAM, the move was at least partially motivated by pressure from shareholders; this included Starboard Value, which had previously indicated its intention to challenge for seats on the Tessera board.

Soon after, in March, Starboard called for the sacking of the company’s CEO, Robert Young, and an overhaul of the Tessera board. The shareholder nominated six of its own candidates for election to the board and shortly later confirmed that all six would be taking seats.

The gap left by Young’s departure was filled by interim CEO Richard Hall – who was himself replaced very quickly by Tom Lacey in May. By the end of the year, Lacey would be appointed permanently as the CEO of Tessera. Hall’s short tenure was perhaps not too surprising given that he penned a piece for Forbes, in which he stated: “Starboard’s plan is not simply to cut costs. It proposes to eviscerate Tessera’s R&D and rely instead on hyper-aggressive patent troll-style litigation to build revenues.”

In August, it was reported that FLIR Systems had acquired over 200 patents and applications from Tessera’s subsidiary DigitalOptics Corporation for $14.9 million. As IAM previously discussed, this marked the beginning of a major monetisation drive at the company with Starboard driving it towards leveraging its IP assets.

The year kicked off with a major announcement:subsidiaries Tessera Inc and Invensas had agreed a new patent licensing arrangement with Samsung. The news came shortly after Tessera’s statement earlier in the month that it would cease manufacturing operations at its DigitalOptics business in order to focus on its intellectual property arm.

Tessera got two other agreements in place in March. The first was with Renesas Electronics, in which the California-based company dropped pending litigation with the Japanese semiconductor company in a settlement that included the transfer of IP assets to Tessera.

Around the same time, it entered into a non-binding letter of intent with Shenzhen O-Film for the sale of particular patents and assets related to DigitalOptics. The transaction was revised in November and it was agreed between the two parties that the amended agreement would be closed at the beginning of December.

By the end of the year, it was apparent that Starboard’s push for Tessera to better leverage its IP portfolio had paid off, as the company’s shares hit a 52-week high, which marked an impressive 81% increase in share price over the year.

Korean chipmaker Dongbu HiTek began selling a number of patents to Strategic Global Advisors of Oregon beginning in May 2014 and ending in April 2015. This included 39 US assets – all of which were all eventually transferred to Tessera.

In August, Tessera announced its acquisition of Ziptronix for $39 million in cash. This expanded the company’s existing advanced packaging capabilities to enhance its delivery of 2.5D and 3D-IC solutions to customers in the semiconductor industry.

In July, Tessera and Invensas requested a Section 337 investigation and lodged a complaint accusing more than 20 companies in Asia – including ASUSTeK, HTC, Broadcom and Avago – of infringing patents covering semiconductor devices and packages.

It was announced in September that Tessera had entered into a definitive agreement with DTS – a provider of audio technology for mobile devices, home theatre systems and cars – where it would acquire DTS for $42.50 per share in an all-cash transaction (valued at roughly $850 million). This acquisition was wrapped up at the close of the year.

Tessera changed its name to Xperi in February 2017. This included the introduction of a new corporate logo and brand platform, in part to reflect the company’s extended capabilities.

The following month, Semiconductor Manufacturing International Corporation, one of the world’s leading semiconductor foundries and the largest and most advancedin mainland China, executed a technology transfer and licence agreement for Invensas’ Direct Bond Interconnect technology.

A few weeks later, Invensas prevailed in two German patent infringement cases against Broadcom and some of its subsidiaries and distributors. The court barred both the sales and distribution of the infringing Broadcom chips in Germany. In June, a German appellate court denied Broadcom’s bid to stay enforcement of the injunction. A global settlement between the two companies was subsequently concluded, leading to the dismissal of all pending litigation and the signing of new multi-year patent licence agreement. .

In a surprise move, CEO Tom Lacey left Xperi on short notice in May. He was replaced by Jon Kirchner, who was previously president of Xperi. The reason for Lacey’s departure and the sudden change was not given by the company.

In September, Xperi subsidiary Tessera filed patent infringement proceedings against Samsung at the US International Trade Commission, three federal district courts and “certain international jurisdictions”. It alleged infringement of 24 patents that cover a wide range of semiconductor and imaging technologies. Kirchner stated: “Although we always prefer to reach negotiated license agreements, Samsung has left us with no choice but to defend our intellectual property rights through these legal actions.”

The following month, Murali Dharan was named as president of the Tessera IP licensing business to oversee its strategic direction, management and growth. Dharan was previously the CEO of IPVALUE, and held executive roles at various technology companies before that.

Xperi has been off to a good start in 2018 with the announcement of its strong financial results for 2017. More details of this will come to light as it holds its earnings call next week. This news came at the same time that all public companies are having to adopt new accounting rules, which came into force at the end of 2017. Xperi provided a slide deck to explain how these new rules might affect its business.