LIBOR's phasing out in 2021 is set to shake up the real estate finance market, amplifying the appeal of fixed-rate deals, as borrowers look to avoid the uncertainty triggered by the benchmark's demise.

Market participants will face a stark choice in deciding between fixed and floating-rate loans. Fixed-rates could become increasingly common in the real estate finance market, and with the phasing out of LIBOR likely to create additional costs in amending loan agreements using floating rates, they appear to have the potential to be a cheaper—or at least more viable—long-term alternative.

A floating interest rate will fluctuate over time, in line with the underlying benchmark or index utilised. In the case of LIBOR, each working day, a group of panel banks inform Thomson Reuters of the interest rate at which they would expect to be able to raise a substantial loan in the interbank money market for specific maturity periods. Borrowers under floating-rate loans take the risk of a rise in interest rates in the event of a change in market conditions, which affects the rate given by these panel banks. In most transactions, however, the lender will require the borrower to mitigate this risk through hedging.

Under a fixed-rate loan, the time and cost associated with arranging and documenting hedging can be avoided, and the borrower enjoys the certainty of being able to forecast its expenses on the basis of a set rate. The real estate sector typically finances assets with a stable and contractually agreed stream of rental income received periodically, which can be easily quantified and used to service both the principal and interest components of the loan. This makes it a strong candidate for fixed-rate loans.

There are several factors that borrowers need to consider when making a decision between fixed or floating-rate loans. 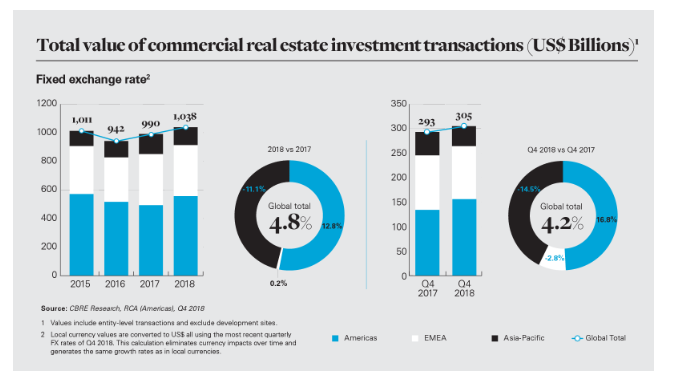 Potential lenders' willingness to provide a fixed-rate loan will be shaped by the cost of providing the loan and their financial expectations from the transaction.

The initial pricing of a fixed-rate loan will likely be higher than a floating-rate loan, as the lender will need to take into account the market risks of committing to a set rate over the term of the loan, which in current market conditions can be exceedingly difficult to do.

With real estate still proving an attractive financing option, there is now a breadth of lenders available for borrowers to choose between. Increased competition between lenders is forcing better overall pricing and reducing the cost differentials between fixed and floating-rate loans.

For conventional commercial banks, who typically fund themselves on the interbank wholesale market, floating-rates are preferred for their ability to restrict the mismatch between their own borrowing costs and the loans they provide. But with fewer banks using the interbank market to fund themselves, this is now of lesser concern.

When commercial lenders agree to provide a fixed-rate loan, typically the lender will have put in place a back-to-back funding or hedging arrangement designed to reduce the risk of a sudden increase in interest rates; this is also a cost that commercial banks will attempt to pass on to the relevant borrower. Their aim will be to receive a return that exceeds their own funding costs—both interest rate and hedging—for the transaction.

In contrast, investment banks —designed to consider riskier activities—are less likely to fund themselves on the interbank market. They will look for a good rate of return on their investment given the more selective nature of their investment opportunities, while at the same time recouping lending costs. Investment banks like floating-rate loans for their consistency with the nature of internal costs, and to avoid any internal hedging arrangements.

A further class of lender that has grown in popularity in recent years is alternative capital providers (ACP). Broadly, these are debt funds—which typically focus on short- to medium-term term investments—and insurance companies and pension funds, which seek to make long-term investments.

Compared to bank lenders, the ACP market is less heavily regulated and doesn't incur conventional funding costs the participants are seeking to recover from borrowers. In particular, debt funds look for lucrative investment opportunities, and significant emphasis is placed on the returns expected from a transaction, with management fees and performance fees applied to ensure a percentage of the profits from the investment are received.

Expectations over rates of return differ according to fund type. Debt funds make investments with the intention of obtaining a steady fixed-income return over the relevant investment period, while insurance companies and pension funds want to ensure that the debt is invested for the agreed duration, obtaining a healthy long-term yield for its investors given the source of its income.

ACPs are able to provide a fixed-rate loan with relative ease, yet command a greater return than bank lenders. Historically, this has made it a more expensive source of financing, which also explains why it is more common to see fixed-rate loans in mezzanine financings provided as part of commercial real estate finance transactions, since these are largely provided by alternative capital providers. 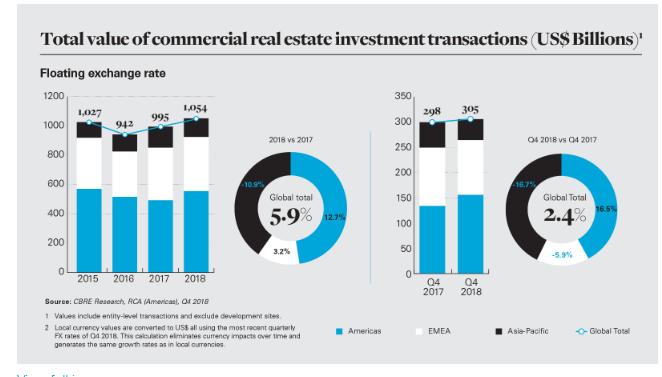 Once a lender type has been selected for a transaction, borrowers need to consider the possibility of an early repayment of the loan and other associated costs. Different lenders will have different expectations as to compensation, should the borrower make an early repayment.

The first such costs are break fees. The Loan Market Association (LMA) Facility Agreements state that, in the case of a floating-rate loan, break costs would be payable to reflect the amount of interest the lender would have received on the principal sum repaid from the date of payment until the end of the interest period, less the amount the lender would be able to recoup for redepositing that principal sum.

This definition assumes that lenders have funded themselves from the interbank market and will be required to pay interest on the matched funding arrangements for the current interest period only. The LMA Facility Agreements do not provide a definition for break costs for fixed-rate loans and currently there is no market consensus on this point. Some lenders charge no break costs, some charge the costs associated with the breaking of a notional hedge and others absorb this cost within their prepayment fees or make-whole arrangements.

Unlike commercial bank lenders, ACPs are less concerned about the loss of interest at the end of the current interest period. They are more animated about the potential loss of income in the form of future interest payments. This concern has manifested itself in the form of prepayment fees or make-whole premia, seeking to protect a lender's anticipated yield by compensating that lender for the fact that the loan has been repaid ahead of its expected maturity date, without delivering its expected return.

Prepayment fees are now increasingly common in loan agreements with investment banks, particularly in the case of early repayments

A common feature of fixed-rate loan agreements provided by ACPs, prepayment fees are now increasingly seen in loan agreements with investment banks, particularly in the case of early repayments within the first 12 to 18 months. This is a reflection of their positioning in the market, sitting somewhere between ACPs and commercial banks.

The form of the fee or premium differs according to the type of lender involved. In the case of debt funds, the fee is usually expressed as a percentage of the amount of the loan being repaid, which decreases over time. For example, it could be 3 per cent in year one, decreasing to 2 per cent in year two, and so forth.

However, given that a debt fund is looking to make a short- to medium-term term investment, it may agree to discount (i.e., credit the borrower for the fact that it has repaid early and an alternative investment can be made by the lender) the fee by a nominated alternative to reflect the rate of return available on an alternative investment. For example, in the case of sterling loans, this could be the returns obtainable from gilts or in the case of a dollar loan, it could be the US treasury securities—the Alternative Investment Amount.

For a pension fund, the yield to be achieved to the end of the transaction is usually a key part of its investment decision. This may result in a request for a make-whole premium, reflecting the net present value of the loan at a given time, rather than a percentage fee. The first way of calculating this, although uncommon, is requesting receipt in full all of the present and future interest payments that can be achieved up to a specified date—possibly the maturity date, but more likely to be a date earlier than this.

Another option is to use the Alternative Investment Amount, not to discount the fee it receives, but to calculate what it should receive up to that specified date, as a reflection of the "present value" of the transaction. There is currently no consistent market approach on this point, and with investment banks now seeking such fees, the demarcation between the type of lender and the fee being sought has become less apparent. 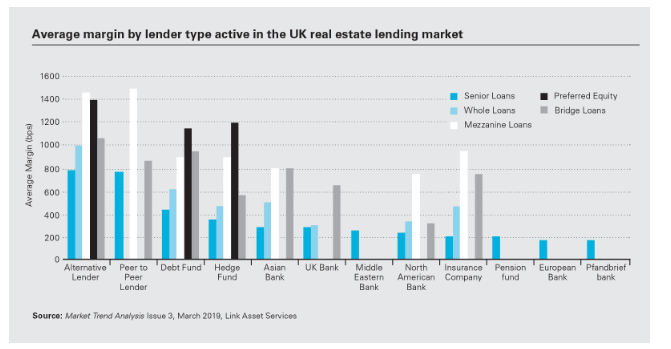 If a bank lender agrees to provide a fixed-rate loan, it may want to obtain the benefit of hedging for its own purposes. In the event that these hedging arrangements need to be unwound as a result of an early repayment of the loan, lenders need to ensure they have recourse to the borrowers for the associated costs.

The case of Barnett Waddington Trustees (1980) Limited v The Royal Bank of Scotland plc [2015] EWHC 2435 (Ch) is instructive. Here, the lender provided a fixed-rate loan to the borrower and entered into an internal swap with a different desk within its own institution. The borrower repaid the loan early and the lender sought to rely on the indemnity within the loan agreement for the costs of unwinding the hedge, which allowed for the recovery of any "loss" incurred in respect of a "funding transaction".

The court, finding in favour of the borrower, stated that the borrower was not aware of the hedging arrangement and the swap was an internal arrangement, and therefore not a "funding transaction". Interestingly, the court did not consider whether a purely external hedging transaction was capable of being a "funding transaction". The key take-away from this case is that it is advisable from the outset for both parties to be clear on the costs for which the borrower is expected to be liable in the event of an early repayment. Lenders must ensure that indemnity clauses in loan documents are drafted sufficiently broadly to cover all such costs and expenses that they would want to recover, and borrowers need to be aware of this potential liability.

Deciding between a fixed and floating-rate loan has always been a difficult decision for borrowers. Given that the pricing position can be relatively balanced, the costs associated with the discontinuation of LIBOR could play a vital role in tipping the scale in favour of fixed-rate loans in the commercial real estate finance arena. All eyes will be on the market reaction on this point in the run-up to the 2021 deadline.