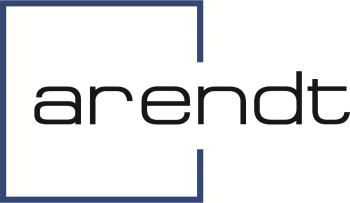 i Tools for managing group litigationAssignment of claims

To effectively manage mass litigation until the Bill on collective redress is adopted by the Luxembourg parliament, it might be appropriate to group all claims under the same claimant to simulate, to some extent, the effects of a representative action.

As in most jurisdictions, claims can be transferred in Luxembourg by means of an assignment according to Article 1689 et seq. of the Luxembourg Civil Code. To be effective, it is necessary either to notify the assignment to the debtor or to have the debtor specifically agree to the assignment.

Assuming Luxembourg law applies to a given assignment, it would seem paramount to consider Article 1699 of the Civil Code, which provides that in the case of an assignment of a litigious right against consideration, a debtor is allowed to exercise his or her right of withdrawal. Put simply, once a litigious right is transferred, a debtor is, in essence, entitled to extinguish the transferred claim by repaying the transfer price to the assignee with interest as from the date of the assignment. Such a right of withdrawal is contingent upon the right being litigious, which means, according to Article 1700 of the Civil Code, that court proceedings will have been initiated and that the right will have been challenged on the merits.

Thus, to enable the assignee to mitigate the effects of the right of withdrawal, it would seem necessary to assign the claim before any legal proceedings are initiated against the debtor.

It would, in principle, be possible to constitute a special purpose vehicle to collect the various claims through different assignments and subsequently commence proceedings against the defendants.

If group claims are nevertheless brought individually, it would still be possible to have them consolidated into a single judgment and a single set of proceedings by applying for a joinder based on Article 206 of the New Code of Civil Procedure.

According to case law, in the interest of the proper administration of justice, two or more isolated proceedings can be joined by a court of law if they are related, have a strong affinity, are closely correlated or are so interdependent that there may be a risk of disparity should the claims be tried and judged separately.

When faced with claims that are normally attributed to either the justice of the peace or the district court because of the amounts in dispute, it is theoretically possible to try and join all claims together, provided the various claims are filed before the same court. Article 18 of the New Code of Civil Procedure allows the parties to agree (either tacitly, or expressly through a signed joint declaration in court) to bring proceedings before the justice of the peace where the amount under dispute would normally cause the case to be allocated to the district court. The district court's jurisdiction in terms of value is considered to be a matter of public policy, but a lower value claim can exceptionally be brought before it where it concerns a claim falling under its own jurisdiction.12

It should also be highlighted that class actions can to some extent be hypothetically simulated through the use of joinder proceedings in conjunction with a principal claim brought by a representative organisation (as discussed in Section I).

Test cases are not provided for by law. In the event of mass claims, in order to save on time and expenses, test cases are used in practice, with the consent of both the litigating parties and the courts, to try one specific case and adjourn or suspend all other related claims pending the outcome of the elected test case.

Test cases have proven their effectiveness and have specifically been implemented during the Madoff scandal when custodian banks were sued massively in Luxembourg for restitution by the victims. However, formally speaking, res judicata rules do not apply from one case to another.

Under Luxembourg law (from which the Bill does not depart), a claimant is only entitled to lawful, certain, direct and personal damages. Punitive and symbolic damages are generally excluded. If the suit is based on a breach of contract, the alleged damage needs also to have been foreseeable at the time of conclusion of the contract.

There is currently no exception foreseen in the case of mass claims or group litigation, meaning that each and every claimant should, in principle, demonstrate personal damage meeting these requirements. In that respect, Commission Recommendation of 11 June 2013 on common principles for injunctive and compensatory collective redress mechanisms in the Member States concerning violations of rights granted under Union Law expressly states that consumers' compensation in the context of a collective redress shall not exceed the compensation they could have obtained when acting individually.13

Settlements are governed by Article 2044 et seq. of the Luxembourg Civil Code.

A settlement agreement will only be binding and have the effect of res judicata on the contracting parties. In the case of group litigation, it is possible to have all claimants settle their demands with the defendant in a single document. If the parties reach an out-of-court dispute resolution agreement, the Bill provides that the agreement must include commitments made on both sides.

It should be noted that a valid settlement requires mutual concessions that, in the case of a group settlement, need to be identifiable between each of the claimants and the defendant. In other words, a general concession by the group of claimants would likely not suffice in the current legal framework. It is, therefore, also advisable to include a severability clause in case any anyone tries to invalidate the settlement with one of the claimants at a later stage.

Court approval of a settlement does not generally apply, but there are some limited exceptions, such as when a bankruptcy receiver is settling. With regard to the Bill, however, it is provided that the out-of-court dispute resolution agreement must be approved by the president of the District Court.