Direct taxation of businesses in Brazil 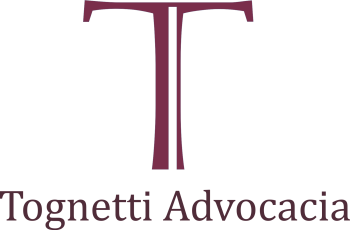 i Tax on profitsDetermination of taxable profit

As mentioned, the IRPJ is a federal tax levied on the accounting profit adjusted by certain non-deductible items and non-taxable revenues, as stated in the tax legislation (actual taxable profit method).

Generally, the taxpayer calculates income tax on a quarterly basis. Alternatively, for the actual profit method, an annual calculation may be selected. Under the annual regime, monthly payments should be made (in advance) calculated on the monthly gross revenue or on the accumulated taxable income (book profit adjusted by non-deductible items and non-taxable revenues).

Some expenses may be deducted from the income tax basis. A few examples of deductible expenses are ordinary and necessary business expenses paid or incurred in conducting the business, lease or rental expenses, depreciation and amortisation, taxes and related fees or contributions, and any other cost effectively related to the production or commercialisation of goods, products or services.

Except for land, which is not depreciable, depreciation of property, plant and equipment is an allowable deduction.

Amortisation of goodwill that arises as a result of accounting for investments in subsidiary and associated companies is deferred for taxation purposes. Law defines goodwill as it is defined in international financial reporting standards (IFRS) norms, so it will not be calculated in the same way as it was in the past, where it was a simple difference between amount paid in acquisition of an investment and the equity value of the investment. Presently only amounts paid in acquisition of investments that surpass the fair value of the entity assets individually considered are allocated as goodwill for future amortisation.

Amortisation of patents, trademarks and copyrights is a deductible expense. Royalties received in relation to patents, trademarks and copyrights are a deductible expense within approved limits that vary from 1 per cent to 5 per cent of gross revenues related to the products and services with the protected intellectual property.

Profits are usually calculated on accrual basis of accounting. After the adoption of international accounting standards, and a period of four years with a special accounting GAAP exclusively for tax purposes, Provisional Measure 627/13, converted into Law No. 12,973, was enacted on 14 May 2014, regulating the taxation of profits calculated with IFRS accounting GAAP.

Capital profits are taxed as ordinary income for Brazilian companies. Since 1 January 2017, after the enactment of Law 13,259, capital gains on payments from a Brazilian source to foreign individuals or foreign corporations started to be taxed at a progressive rate of 15 to 22.5 per cent, depending on the total amount of the gain. This also applies to capital gains referred to transfers of Brazilian assets between non-residents. Before that, these capital gains were taxed at a 15 per cent rate.

In the case of foreign entities domiciled in a tax haven jurisdiction or countries considered by Brazilian legislation as having favoured taxation (income tax rate below 20 per cent), the taxation on capital gains is increased to a 25 per cent rate.

Dividends are exempt unless they are paid as interest on capital (JCP), when a 15 per cent rate will apply.

Tax losses may be extinguished in certain situations, for example when a company cumulatively undergoes a change in control and its business activity, or as a result of split-offs or mergers and may not be used in the surviving company.

As from 1 January 1996, tax losses should be segregated into operational and non-operational for offset purposes. Non-operational losses can absorb only the non-operational profit for the calendar year, respecting the 30 per cent limited of adjusted net profit. Losses carried forward can be accumulated for an unlimited time, but the deduction of losses is limited to a maximum 30 per cent of taxable income per fiscal year.

IRPJ is levied at a rate of 15 per cent (plus a 10 per cent surcharge), and CSLL at a rate of 9 per cent. Special rates apply accordingly to taxpayer activities, for example, 20 per cent for financial institutions that was introduced by Law 13,169/15 and is applicable to income generated since September 2015.

COFINS and PIS are also levied on the import of goods and services from abroad (tax credits are allowed).

With very few exceptions, the taxes due are usually calculated by the taxpayer and paid on a periodical basis, likely monthly or quarterly.

All corporate entities are supposed to file electronic tax returns. In fact, it is the government's aim for all accounting records to be notified in a federally managed system called the Public Digital Bookkeeping System (SPED). Since 2014, the traditional income tax return has been replaced by an electronic tax return incorporated into the SPED: the Tax Account Book (ECF).

In Brazil, taxpayers are requested to present several different tax returns electronically, and the tax authorities are able to cross records to obtain information from activities of all taxpayers, which has reduced tax evasion.

The Brazilian tax system is primarily governed by the Federal Constitution and the National Tax Code (CTN). These contain all general provisions, definitions, competences and procedures concerning the tax system. The CTN is of general application and must be observed by all authorities within the Brazilian territory, including federal, state and municipal.

There are federal taxes (e.g., income tax, IOF – see below, PIS and COFINS), state taxes (e.g., ICMS) and municipal (e.g., ISS), which will be described below.

Taxpayers are allowed to formulate questions for the Federal Revenue to obtain guidance as to the correct tax treatment and other queries they may have. In the same way, taxpayers may challenge any notices of tax assessment if they do not agree with their terms. An administrative litigation procedure deals with disagreements of taxpayers with tax assessments made by the tax authorities.

Besides the administrative litigation procedure, taxpayers may submit their disagreements directly to judicial courts, at any time, observing the legal time limitations.

The concept of tax grouping does not exist under Brazilian law; entities are taxed individually and for some taxes each establishment is considered a separate taxpayer (e.g., ICMS).

Excise tax (actually a federal VAT) on the manufacturing of products (IPI) is levied at various rates on industrialised products when sold or transferred by the industrialising establishment even if industrialisation is incomplete, partial or intermediate. IPI is also levied on imports at the same rates as on Brazilian-made products. IPI tax rates range from 5 per cent to 20 per cent, with some exceptions subject to higher or lower rates.

Import duty (II) is generally levied on an ad valorem basis on the cost, insurance and freight value of the product. The invoice value is usually taken as the basis for determining the normal price, but in order to protect local products or to tax non-essentials heavily the Tariff Policy Council may establish minimum import values or base prices or apply specific tax rates. As a general rule, the tax rate is around 2 per cent to 14 per cent, with some exceptions subject to higher or lower tax rates.

Companies that pay royalties fees and technical services fees to foreign parties are subject to contributions to the economic intervention domain calculated at a 10 per cent rate based on the amounts paid, credited, delivered, used or remitted to the non-resident beneficiary.

Value added tax on sales or services (ICMS) is levied on sales or physical movement of goods, on freight, transportation and communications services, and on electricity, normally at the rate of 18 per cent or 19 per cent for intrastate transactions and 7 per cent to 12 per cent for interstate transactions. In some states certain products are exempt. This tax is also payable on almost all imports at 18 per cent to 25 per cent, but most exports are exempt.

The importation of services or services rendered locally are taxed by the municipalities (by a service tax, or ISS), at rates varying from 2 per cent to 5 per cent, with the exception of services related to freight, transportation, communications and electric energy, which are subject to ICMS.