EUIPO: A brand’s life in the hands of an Influencer

“Influencer marketing” has been booming globally and, first and foremost, during an unprecedented pandemic when – owing to the restrictive measures enforced – virtual reality has become the only, if not the best, world possible. Judging by the figures gathered by the agency “Statista” (www.statista.com), 2020 has been proving the boom year against the turnover of worldwide influencer marketing. Accounting for 2.3 billion dollars, it is still on the rise. 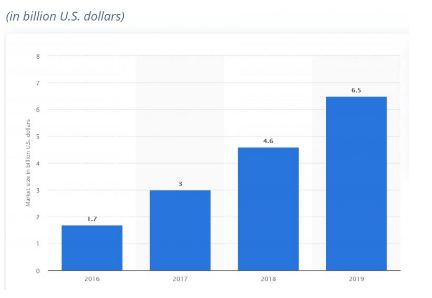 Influencers’ living and business fortunes are closely subordinate to “products” irrespective of whether it is tangible or intangible such as software-powered products (electronic platform, web site). In other words, failing “trademarks” and “brands”, Influencers would not crowd the trade universe. As a matter of fact, digital market players, and Influencers too, owe their fortunes to trademarks and brands and the conspicuous investments they generate. In this regard, there exists a series of regulations enforced to protect “renowned” brands, amongst which art 8.5 of the (EU) Regulation 2017/1001 which provides for the protection of trademarks in other product categories, besides those vis-à-vis which they have already been granted registration, on condition that proof of renown is gathered. When it comes to industrial property, the brand NASDAQ which operates chiefly in the market of financial affairs management (the product sector identified by class 36 as per the Nice Agreement of 1957) provides a startling example. Based on the renown of the brand NASDAQ, proven by the EU Court (see Case T-47/06, EU Court of First Instance, Antartica / Uami [EUIPO] Nasdaq Stock Market), the Nasdaq Stock Market successfully opposed the registration of the brand NASDAQ “protection helmets” fitting into class 9. In principle, to the aim of determining renown, evidence of use meant to ascertain the status of a “well-known trademark” is required, namely the massive production of evidentiary facts to verify that the trademark has gained renown through use. Therefore, in spite of fitting into different product categories, any subsequent trademark, identical or similar – is not legitimated to be granted registration (T-47/07 ut supra where “Nasdaq” protective helmets has been rejected against the renown of NASDAQ financial services.) In a recent visionary ruling concerning the EUIPO Opposition procedure (n. B3018036, the decision having been confirmed by the Board of Appeal – R1437/2019-5), the Danish company “Bansk Farmaceutisk Industri” succeeded in proving the renown of the brand “SugarBearHair” on the basis of new elements and evidence vs. prior decisions. The same opposition division provides that “reputation implies an awareness threshold reached solely when the prior mark is known to a significant share of the public relevant to the goods or services it covers”. To date awareness had been reached and proven by a considerable amount of evidence and documents. As to this recent decision, it is all about trials teeming with followers, Influencers, Instagram statistics as well as “the Empress of Influencers” whose name upsets even the designated Examiner: Kim Kardashian herself – or better, her account – who, totaling nearly 170 million followers, dictates the rules of influencer marketing worldwide and, probably – from now on – the practice of the Industrial Property European Office.

Judging by her unquestioned popularity in the social media, Mrs. Kardashian is known to have repeatedly joined leading fast-moving goods’ wall-to-wall. Ikea’s Australian marketing department had already benefitted from the fame of the Kardashian-West family”, by trolling them on Twitter about the design of a bed for their Hidden Hills compound in California, inspired to the music video “Famous” which captured the couple and 11 more celebrities sharing the same 13-people bed. Hence the “tweets” and meme that followed. 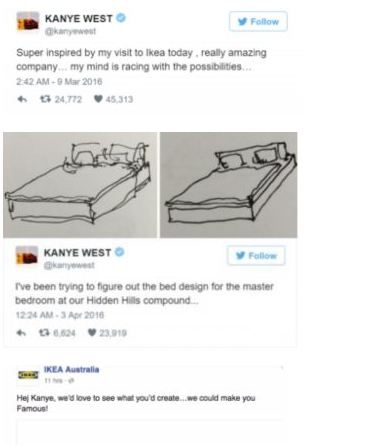 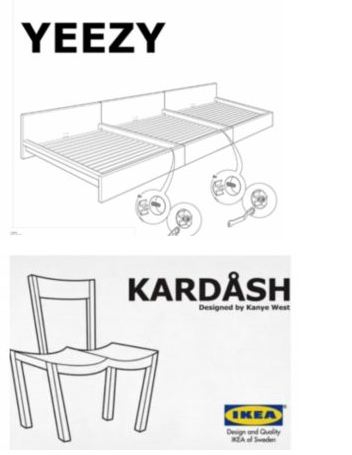 In the case in point, in place of invoice specimens, official sales documents and distribution channels, documentary evidence of receipts in traditional campaigns, reproductions of marketing strategies, poll surveys, product’s in-store presence – in order to prove renown as per art. 8 (5) RMUE – the company Bansk Farmaceutisk Industri, registered, inter alia, the following: seven screenshots of Instagram posts by Khloe and Kim Kardashian, Vanessa Hudgens; Kylie Jenner holding the board “SUGARBEARHAIR” together with the pack of brand-owned gummy vitamins. 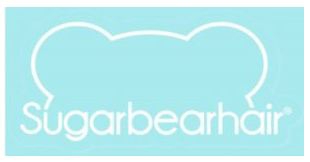 From The New York Times: https://www.nytimes.com/2016/08/30/business/media/instagram-ads-marketing-kardashian.html 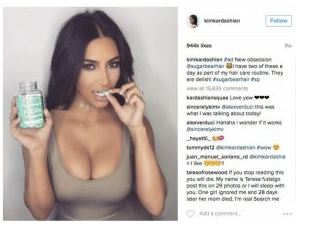 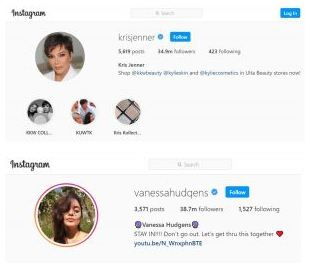 three excerpts of Tegger Media website, including socio-demo information about the audience of three of the celebrities mentioned (e.g. Khloe Kardashian, Kylie Jenner, and Vanessa Hudgens). Therefore, following the shortage of evidentiary facts and “traditional” proofs, the EUIPO examiner confirms the evidentiary value of the registration which, by the standards of an average IP professional, would be defined “uncertain”, to say the least

In fact, the daring decision reads: “the evidentiary facts gathered demonstrate that the target audience has been extensively exposed to the prior brands at issue vis-à-vis the relevant market […] [and] – although said evidentiary facts fall short of elements usually taken into account to ascertain a brand’s degree of recognition […] – it can be inferred that the prior brands have been intensively used and are usually known in the relevant [target markets].

Last but not least, when we turn our attention to influencer marketing, despite the turnover generated by the Danish company following the SugarBearHair digital marketing initiative, it is maintained that “even failing precise figures about the investments made in the social media marketing initiatives, reckoning with the popularity of the celebrities hired […] they have undoubtedly been remarkable.”

Provided that the evidentiary facts are substantially and exclusively supported by “social media marketing”, the courage of the opposition decision displays in the “shortage of doubts” about the efficacy to the aim of renown ex art. 8(5) RMUE. Nevertheless, although confirmed by the Appeal Board, equally subject to appeal before the EU Court of First Instance (CGUE), it is a one-off decision.

In the meantime, either knowingly or not, we are being presented with numberless examples of companies that are hiring influencers for several reasons. And – if in the case in point, Kim Kardashian & Co have proven determining to the aim of the two “SUGARBEARHAIR” administrative decisions – a great many companies might apply the same criterion, for instance, to cope with the shortage of distinctive character, above all, ex art. 7.1(b) RMUE.

In this regard, VETEMENTS is a startling example against its lack of distinctive character in the EU for it designates and describes the product (apparel) – and, to the aim of designating “clothing”, the descriptor APPAREL cannot possibly act as a distinguishing mark, or as a brand prima facie. It comes natural wondering in what way an influencer could contribute in terms of distinctiveness. Unfortunately, with her “meager” army of 12 million followers – Paris Hilton seems far from providing a solid proof for acquiring distinctive character “ex post” despite the fact the company owning the brand VETEMENTS has been looking to captivate her by “I love Paris…Hilton”.

We should probably appeal the ruling de qua before the EU Court of Justice. In fact, in this way only would the daring or visionary ruling in favour of Bansk Farmaceutisk Industri be not limited to an administrative Opposition decision and the EUIPO Appeal Board but would stand out as a beacon for the civil and administrative jurisdiction on Industrial Property throughout the European Union.