The procurement process for public-private partnerships in Romania 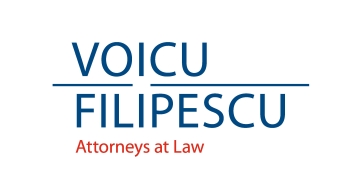 What procedures normally apply to a PPP procurement? What evaluation criteria are used to award a PPP transaction?

The procedures for the award of PPP contracts are those provided under the specific laws governing the respective type of contract (ie, Laws Nos. 98/2016, 99/2016 and 100/2016 on classical and sectoral procurement and on public concessions).

May the government consider proposals to deviate from the scope or technical characteristics of the work included in the procurement documentation during the procurement process, without altering such terms with respect to other proponents? How are such deviations assessed?

Alternative technical concepts may only be considered if allowed under the award documentation.

May government parties consider unsolicited proposals for PPP transactions? How are these evaluated?

No. The initiation of a PPP contract is reserved to the government party only. However, the law does not prohibit third parties from proposing PPP transactions. The government would initiate PPP projects based on a substantiation study, and we do not exclude this being the result of third-party proposals.

Does the government party provide a stipend for unsuccessful short-listed proponents or otherwise bear a portion of their costs?

No. The costs incurred in making the offer and generally participating in a PPP procedure are to be borne by the private proponents.

Does the government party require that proposals include financing commitments for the PPP transaction? If it does not, are there any mechanisms during the procurement process to ensure that the applicable PPP transaction, once awarded, is financeable?

No. The mechanism provided under the draft law to ensure the financing of the PPP project is the financial closing at the final stage of the preparation of the PPP project. The financial closing is the moment at which the project and financing agreements are signed following the fulfilment of their respective conditions, so that project implementation can begin. However, prior to engaging in a PPP, a feasibility study will be prepared in order to assess the bankability of the project.

There are no provisions in this regard in Government Emergency Ordinance No. 39/2018 (EGO No. 39/2018). The first PPP project (the construction of the Ploiesti-Brasov motorway) has just declared its winner, and the PPP contract is currently under negotiation. Thus the effectiveness of the new PPP legal framework has not yet been tested. At the time of writing, EGO No. 39/2018 lacks implementation norms, and requires approval by the government or the local public body of the PPP contract. The project itself is complex and the Romanian authorities are only taking their first steps in awarding PPP contracts. Therefore there is no practice regarding the provision of a legal opinion on the enforceability of the PPP agreement.

No. Any legal entity or association of legal entities may participate in PPP projects except for public entities or parties.