Superstar footballer Lionel Messi usually graces the newspapers’ sports pages, and whilst the press focused on his Manchester City transfer saga, Messi has been making headlines for another reason – specifically the resolution of a nine year trade mark dispute.

So, what happened and what can we learn from the outcome?

In August 2011, Messi filed an EUTM application for the following mark: 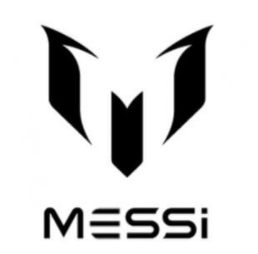 The application covered classes 9, 25 and 28, but of note here was class 25 and the goods “clothing, footwear, headgear”. In November 2011, following publication of the application, an opposition was filed by the Spanish company J.M.-E.V. E Hijos, S.R.L. (‘J.M.’). This was on the basis of their prior registrations for the mark MASSI, covering similar and identical goods. They alleged the similarities would be likely to cause confusion.

The EUIPO Opposition Division upheld the opposition, and following an appeal, the Board of Appeal agreed. This was on the basis of the visual and phonetic similarity between MESSI and MASSI and the identical goods involved, which meant there was a likelihood of consumers being confused. Conceptually, Messi’s fame and reputation would not distinguish the marks, on the basis that he only enjoyed this reputation amongst sports fans, and most members of the public would not associate the mark with him (and would instead see this as a made-up word).

Never one to be defeated easily (apart from during certain Champions League performances against Liverpool and Bayern Munich), Messi filed a further appeal to the General Court.

The General Court upheld the appeal and annulled the previous decision against Messi. They noted the visual and phonetic similarities, but contended that these were outweighed by the conceptual differences between the marks – i.e. that MESSI referred to the football player and the mark applied for would be recognised as such by a sufficient part of the public, not just sports fans.

This was on the basis that even non-football followers would be aware of him due to his popularity in the general media. It’s worth noting here that Messi was not penalised for not having filed evidence of his reputation – it was considered this was a “well-known” fact which the EUIPO should have originally taken into account.

This time, J.M. and the EUIPO appealed the decision to the Court of Justice of the European Union (CJEU). However, in their decision of 17 September, the CJEU sided with the General Court and Messi, dismissing the appeal. As a result of the decision, Messi’s application should now proceed to registration following the nine year dispute.

To put this into perspective, EUTM applications usually take around six to eight months to proceed to registration, assuming they are not opposed. Even when challenged, things are usually sorted out much quicker.

There are a few key points to take away from the decision: