TTAB Finds QLED Generic for ...... Guess What?
Blog The TTABlog

The Board affirmed a refusal to register QLED on the Supplemental Register, finding it to be generic for smartphones, computers, and related goods. However, the Board allowed applicant to delete those goods from the application so that registration will issue for the remaining goods (for example, software for mobile phones). In re LG Electronics, Inc., Serial No. 86472855 (September 13, 2015) [not precedential] (Opinion by Cindy B. Greenbaum). 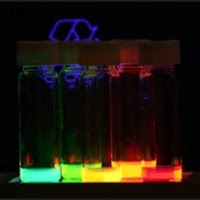 The Board found the genus to be adequately described by the "disputed goods:" Mobile phones; Smart phones; Laptop computers; Computers; Tablet computers; Wearable computers; etc. The “relevant public” is limited to actual or potential purchasers of the identified goods. [Duh! - ed.]. Generally, an abbreviation, initialism or acronym is not generic unless the wording it stands for is “substantially synonymous” with the generic wording which it represents.

Based on a number of Internet excerpts Examining Attorney Q Queen maintained that QLED is an acronym for and substantially synonymous with the generic term “quantum dot light emitting diode.” Applicant complained that some of the evidence is from industry publications and press releases and reported mere rumors of products that have not yet been released. The Board, however, found no problem with this forward-looking evidence. "Obviously, some members of the relevant consuming public would research the types of TVs, smartphones, etc. that currently are available, and the expected next generation of these items, and would encounter materials like those cited above, some of which are consumer-focused." The Board noted that "Sony is selling QLED smartphones, and companies such as Samsung, LG Display and QD Visions have been developing products with QLED displays for at least the last six or seven years."

Applicant also maintained that QLED “is not a designation for a key aspect for a designation of the goods.” The Board disagreed, pointing out that the bulk of the evidence uses QLED or "quantum dot light emitting diode" interchangeably to refer to a particular type of display technology, and as an alternative to LCD and OLED display technology, for TVs, computer screens, monitors, smartphones, and the other disputed goods, all of which have displays.

Therefore, the Board affirmed the refusal as to the "disputed goods," but allowed the application to proceed to registration on the Supplemental Register for the remaining goods: