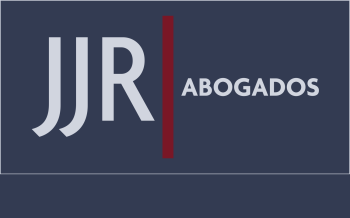 In what fora are insurance disputes litigated?

According to article 29 of the Insurance Act (also known as DFL 251), any dispute arising from insurance and reinsurance contracts governed by the law shall come under the jurisdiction of the Chilean courts. This rule is mandatory and cannot be repealed by agreement of the parties. Therefore, although there is contractual freedom to agree on the applicable law, any dispute must be settled in principle in the Chilean courts. Nevertheless, once an insurance or reinsurance dispute effectively arises, the parties to the insurance or reinsurance policy are entitled to resolve disputes under Chile’s international arbitration rules.

In addition, the new law states that insurance disputes should be resolved through arbitration, although an insured has the right to make a claim in the local courts where sums of 10,000 Unidades de Fomento (a unit index inflation linked to the Chilean peso, also known as UF) are at stake. Insurers are obliged to provide authorised copies of final arbitral awards to the regulator, with the aim of improving the scope of jurisprudence available for parties to consider in the event of a dispute. Arbitral awards will not be binding but we expect that this provision will improve certainty over policy interpretation.

When do insurance-related causes of action accrue?

What preliminary procedural and strategic considerations should be evaluated in insurance litigation?

Unless remedies are waived, under Chilean law the right of appeal arises when the decision of the inferior tribunal causes grievance to one or more parties (there are no specific causes). The appeal remedy is available for most first instance court rulings and is usually heard by a court of appeal. The appeal remedy must comply with basic form requirements. The regular term for appealing is five days but, in the case of a final decision, the period is 10 days counted from the service of the decision. Depending on the subject of the trial and the type of decision appealed, the processing of an appeal can take up to two years.

There are no discovery obligations in Chile, but the parties are free to submit evidence based on documents, witnesses, parties’ confessions, inspections ordered by the court, expert reports and presumptions.

In respect of insurance and reinsurance disputes, under the new law, ordinary and arbitration courts are entitled to the following specific faculties relating to evidence issues:

Except for minor expenses associated with service, paperwork and auxiliary officers, there are no court fees payable in Chile. As to lawyers’ fees, they can be recoverable, but only if the judge rules that there was no reasonable basis to litigate.

If the dispute is resolved through arbitration, then arbitrators’ and administrative fees will apply. Those cases subject to institutionalised arbitration, such as under CAM Santiago, are subject to a referential table or calculator based on the amount at stake and with caps. In ad-hoc arbitration, the arbitrators are free to propose what they believe is reasonable. However, recently some arbitrators have started to use these parameters, which are more objective.

What remedies or damages may apply?

Generally, under Chilean law, in the event of breach of contract the parties are entitled to request either the rescission or the forced performance of the contract, plus compensation of damages, which are restricted to costs incurred, loss of profits and, in certain cases, moral damages. However, under the new law there are the following specific remedies.

Insurers can decline to indemnify the insured if the loss is triggered by an act of recklessness or gross negligence on the part of the insured, unless the policy provides otherwise.

Insurers can claim a reimbursement from the insured if the latter receives a payment for a value higher than the amount of its loss. If it appears that the insured has acted in bad faith, insurers can seek damages or press for criminal proceedings. Under the new law an insurance contract can never constitute an opportunity for enrichment or gain. In addition, the policy will provide for an indemnity in money, unless the policy provides that insurers will replace or repair the item insured.

Where co-insurers jointly cover the same insured interest, the insured can claim against any of the co-insurers.

Under what circumstances can extracontractual or punitive damages be awarded?

The concept of extracontractual damages is much wider than that of contractual damages. According to article 2,329 of the Civil Code, ‘. . . all damages that may be attributed to malice or neglect to one person, must be repaired by such person’. As there is no general rule on how courts should award these types of damages, it is determined based on the factual background of each case.

Punitive damages, are not contemplated under Chilean law.