Invalidity action brought against Porsche 911 at the EUIPO

The General Court (GC) has held that the design of the model 911 of Porsche's 991 series (2011 model year) does not have sufficient individual character compared with its predecessor, model 911 of the 997 series (2008 model year).

In its ruling, the GC found that the differences to the predecessor model were too small to influence the informed user's overall impression. It therefore confirmed the declaration of invalidity of the EU design.

In the underlying proceedings, the toy manufacturer Autec – which has its registered office in Nuremberg, Germany – in 2014 filed an invalidity application against the EU design which claims the design of the Porsche 911 in the 991 series, shown below: 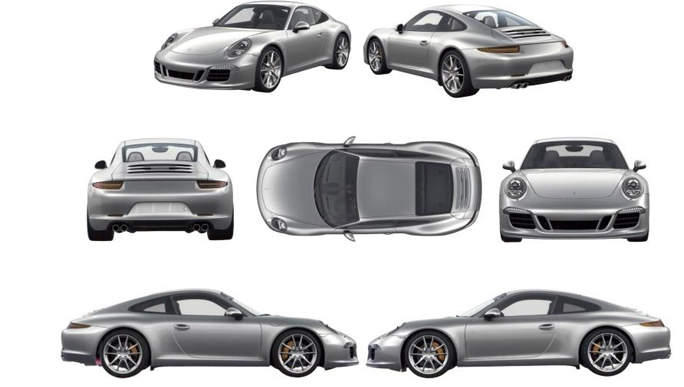 Autec argued that the EU design of the 991 series lacks individual character, as it does not clearly differ from earlier Porsche 911 models. Autec focused particularly on Porsche's EU design no. 735428-0001, which was filed on 23 June 2008, as well as to the protection of the 997 series, shown below:

The GC dismissed the action Porsche had brought against the Board of Appeal's decisions, thus confirming the declaration of invalidity.

In the proceedings, Porsche pleaded that the designer's freedom to design was restricted by market expectations. Consumers expect that follow-up models also follow the original design (especially when it comes to a Porsche) and as a result, are only developed within certain limits.

The GC did not take this argument into account, as according to settled case law, the freedom to design was only restricted by technical or by statutory requirements (eg vehicles would have to be equipped with wheels, a vehicle body, headlamps, rear lamps, and exterior mirrors etc).

The Court stated that market expectations were, at best, a general tendency for design, which according to settled case law, was unsuitable for restricting the designer's freedom.

When assessing the overall impression, Porsche claimed that the Board of Appeal did not take account the peculiarities of the informed user's buying patterns and, in particular, the fact that users themselves pay attention to minor differences in the series, as they are informed of market trends through advertising and the media.

In that respect, the actual presentation of the Porsche 911 used by Porsche in advertising would have to be considered, as it documents the current usage situation, and not only those views underlying the design registration.

The GC made it clear that it could consider elements that had been made available to the public in different ways – above all, in the presentation of a product representing the registered design.

However, in this context, a consideration of the actually distributed product is only permitted if the product is absolutely identical with the registered design. According to the GC, the illustrations submitted by Porsche that are based on trade press articles did not meet these requirements.

Moreover, Porsche argued that the Board of Appeal did not take into account the specific conditions in the market. According to the GC, the Board of Appeal set out that the informed user knew that manufacturers are not constantly developing new models due to the high costs but prefer modernising successful models.

The Court added that such model improvements could follow current modern trends without giving up the characteristic features of the vehicle model in question.

The GC nevertheless concluded that the differences illustrated by Porsche did, in fact, reinforce the impression of a renewal of the details. However, these were not deemed sufficiently distinctive enough to create a new overall impression.

The Court further indicated that the existing differences of the model series perceived both in isolation and when taken collectively were too small to influence markedly the informed user's overall impression.

The Court stated that Porsche's chairman had expressed a contradictory opinion in public, namely that Porsche "perpetually optimised the same silhouette and adapted its models to the zeitgeist".

The decision of the GC illustrates that the Court showed little flexibility in the course of its assessment of individual character, in order to take into account the sector's particularities and market expectations.

In that respect, there is a risk that a "facelift" will not be deemed adequate to substantiate a sufficient individual character.

Consequently, this would result in the loss of the EU design for the facelift. However, the owner can enjoy protection for its original design. The scope of protection of the original model, provided that it is protected by design law, should normally also cover imitations of the follow-up model.