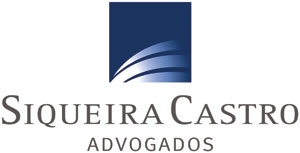 An extract from The Asset Tracing and Recovery Review, 8th Edition

i Securing assets and proceeds

During proceedings, various motions can be filed to obtain orders to preserve the effectiveness of a verdict and secure the obligation to redress damage by prohibiting the defendant from disposing of real property or movable assets. There are essentially three precautionary or provisional measures (medidas cautelares) of this type that can be sought in the criminal ambit: specific confiscation (sequestro), judicial mortgage (hipoteca legal) and general attachment (arresto).

Confiscation can be requested by the public prosecutor or the victim, and can be ordered when there are indications of a high probability of illicit origin of the asset in question. The defendant can submit an objection motion against the court order and try to prove the lawful origin of the asset, or in the case of a third party, that the asset was acquired in good faith. Since the reform of the Penal Code in 2012, the possibility has existed of confiscation of assets having unlawful origin, provided they result from criminal activity (directly or through the purchase of movable or immovable property using the proceeds) and are located abroad or cannot be found, pursuant to Article 91, Sections 1 and 2 of the Code.

The second type of precautionary remedy is a judicial mortgage, established in Article 134 of the Code of Criminal Procedure, which can be ordered at the request of the victim only after a formal complaint is filed, so that the property acts to guarantee compensation of the losses suffered by the victim. The requirements of the measure are sufficient evidence of the occurrence of the crime and of its commission by the defendant.

The third type of remedy is general attachment, set forth in Article 136 et seq. of the Code of Criminal Procedure. It falls on assets of illicit origin in general that are owned by the defendant, both real property and chattels, in the former case before a judicial mortgage. The aim of this remedy is to prevent the disposal of real property before seeking a judicial mortgage or subsidiary confiscation of chattels, only against assets defined as attachable according to the Brazilian legislation, when the defendant does not own real estate, or when the value is not sufficient to redress the damage.

In any of the types of precautionary relief mentioned above, real or personal property can be sold at judicial auction in advance to preserve the value if the property is subject to deterioration or depreciation, pursuant to Article 144-A of the Code of Criminal Procedure. However, all such measures will be revoked if the defendant is absolved or the punishability is declared extinct. The judicial auction procedure is also applied after conviction to any forfeited property.

Besides these precautionary measures, a search warrant can be sought from the court to find and seize money or other assets derived from criminal activity, according to Article 240, Sections 1, b of the Code of Criminal Procedure. Such search can be a bodily search when there is substantiated suspicion that someone is in personal possession of evidence or an object of value, or it can cover premises (residences, offices, etc.).

According to Article 133-A of the Code of Criminal Procedure, introduced by the Anti-Crime Law in 2019, any seized property – such as cars and other vehicles – may be used by the police or other law enforcement agencies as long as there is a judicial authorisation.

In the civil sphere, the precautionary measures used to preserve the effectiveness of a victim's redress are broader and more flexible. A judge can grant urgent relief in the form of an attachment, confiscation, the disclosure or impoundment of assets, a judicial mortgage or the registration of a protest to prevent the sale of real estate, among other measures, to assure redress of the victim, as set forth in Articles 301 and 495, Sections 1 to 5 of the Civil Procedure Code.

These measures to preserve the right of redress of victims are not comprehensive: they are, rather, merely illustrative. A judge, depending on the situation, can adopt any other measure that is deemed more efficient or suitable.

In the civil sphere, the law is more aimed at assuring the viability and efficacy of measures to protect a victim's right to reparation than to the literality of the technical nomenclature applied. This is in conformity with the general powers of the courts to safeguard rights.

There are various ways to obtain evidence that can be used before or during the course of a criminal suit such as, inter alia, search and seizure, interception of telephone calls, and the piercing of banking or tax secrecy. All of these require a court order.

The burden of proof rests with the prosecution, and it is necessary to demonstrate the existence and usefulness of the evidence beyond a reasonable doubt. In addition to this, a defendant is assured of due legal process, allowing him or her to challenge the validity or trustworthiness of the evidence produced by the prosecution or to submit contrary evidence, or both.

Although the participation of victims is limited in criminal suits, since the Public Prosecution Service acts as the plaintiff and is thus in charge of gathering and producing evidence, a victim can assist by providing evidence to the prosecution or by being vouched into the case as an intervener on the prosecution side.

In the civil sphere, the obligation to produce evidence rests with the party that makes the allegation (Article 373, I and II of the Civil Procedure Code) or, depending on the situation, the party that can best produce the evidence (Article 373, Section 1 of the Civil Procedure Code). Evidence can be submitted in the form of documents, expert findings, judicial inspection, and the testimony of witnesses or of the parties themselves (who are not classified as witnesses).

Finally, it is possible to file a specific preliminary action for urgent or advance production or preservation of evidence if: