The 2 T’s - runaway digital technology in the banking industry 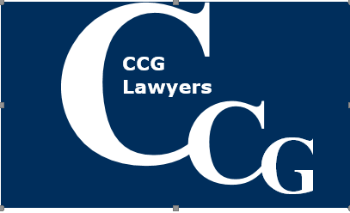 The new industrial revolution is full front and centre .  Working from home has enabled digital technologies to accelerate on their already fast projectile.

FinTech (financial technology) describes new technology that seeks to improve and automate the delivery and use of financial services. ​​​At the heart of FinTech is the way in which it assists organisations and consumers to better manage their financial requirements and at the same time provides faster and more efficient streamlined services. It does this by using specialised software and algorithms that are set up on electronic devices such as computers and smartphones.

It its initial stages of development FinTech applied to the technology used at the back-end systems of established financial institutions. ​However, more recently there has been a shift to more consumer-oriented services.  For example, FinTech now forms part of financial activities such as money transfers, credit applications that bypass traditional banks, raising money for business start-ups or managing investments using artificial intelligence. ﻿

RegTech (regulatory technology) is a new technology that uses information technology to enhance regulatory processes with its main application in the financial services sector. The cost of complying with voluminous, complex, and ever-changing regulations across multiple regulators and, in some cases, multiple jurisdictions, has become increasingly burdensome on financial institutions with its disproportionate cost to the bottom line. RegTech aims to relieve a significant proportion of those burdens including a corresponding reduction in the number of lawyers, compliance and other regulatory professionals required to carry out the regulatory tasks.[2]

On 7 August 2018 ASIC received federal government funding for the period 2018 to 2020 to “promote Australia as a world leader in developing and adopting RegTech solutions to risk management and compliance problems relating to financial services”.[3]  Financial institutions are also developing their own RegTech solutions. Citibank, for example, has recently partnered with Red Marker[4], a RegTech business, to pilot technology that will remove duplication and time in relation to its regulatory compliance.[5] Westpac has also worked with Red Marker to “introduce the bank's marketing and compliance teams to a real-time compliance tool that has been applied to 700 rules for its credit card advertisements”.[6]

On 11 September 2019, the Commonwealth Senate resolved to establish a Select Committee on Financial Technology and Regulatory Technology (FinTech and RegTech committee) to be chaired by Senator Andrew Bragg.[7] The committee’s mandate is to inquire and report on or before the first sitting day in April 2021[8] the following matters:

The FinTech and RegTech Committee has however released its interim report making 32 recommendations prior to its April 2021 deadline.[10]

Feedback from FinTechs is that, whilst there is no application fee associated with obtaining accreditation, the average annual cost for compliance under the (Cth) Treasury Laws Amendment (Consumer Data Right) Act 2019 (CDR Act) is estimated to be from $50,000 to $100,000. In addition, the CDR Act only permits “read-access” for banking data. Enabling write-access in Open Banking[11] would allow accredited data recipients to make changes to a customer’s financial data held by other institutions and to use this access for activities such as account switching or even payment initiation.

One of the most consistent patterns in law is whether ‘technological change’ that results in a new product or process introducing new forms of conduct is recognised by the law. With the explosion in FinTech and RegTech it becomes more compelling to ensure that the current law recognises or allows for those changes in conduct to occur in a legitimate manner or at least the law has been drafted in an ambulatory fashion to move along with any rapid change.

Over the coming months and years we will see more of these technologies expanding (although some have already done so), the mining industry with its MinTech and EnerTech, the agricultural industry with its AgTech and Blockchain and the educational industry with its EdTech and e-learning. This will create challenges for parliamentarians and legislative drafters alike to not only get the mix right in any new legislation but to ensure that they have a proper understanding of and are able to articulate the technology that they aim to deliver to the particular industry and its consumers.