You call it toxic honey, I call it injurious falsehood and I will sue you

In response to posts on social media that it sold “toxic and poisonous honey”, Capilano, and its chief executive officer Dr McKee, commenced legal proceedings for damages and permanent restraining orders against Shane Dowling, a journalist and self-styled whistleblower.

Button J summed up the proceedings as follows:

“In a nutshell, the proposition of the plaintiffs [Capilano and Dr McKee] is that the defendant [Mr Dowling] has posted material on a website, Facebook, and Twitter that is harshly critical of Capilano and Dr McKee. The website is entitled the Kangaroo Court of Australia (“the KCA”), and the Facebook and Twitter accounts are closely linked to it.

The fundamental assertion of the defendant about which the plaintiffs complain is that Capilano is in the business of selling honey to Australian consumers that is dangerous to their health, and in particular not properly tested for contaminants.

Dr McKee, in light of his central role in Capilano, claims that he is implicated indirectly in that state of affairs by the defendant, and also that he is the subject of direct assertions by the defendant about his bad character.” [judgment (No 4), paragraph 4]

This is a selection of titles to the material published:

Dr McKee succeeded in his claim for defamation, and therefore did not pursue his alternative claim for injurious falsehood.

The Court found that Dr McKee had proven the three elements of defamation:

As to defamatory imputations, the Court said:

“I believe that it is undeniable that the defendant has clearly stated that Dr McKee is: running a business that endangers the health of Australians; a dishonest person; a corrupt person; a manipulative person; a person who seeks to take advantage of a workplace power imbalance for sexual gratification; and a dangerous and incompetent member of the beekeeping and honey producing industry.” [paragraph 121]

The Court found that Mr Dowling relied on evidence of controversy about the safety of Capilano honey, not any actual evidence of safety issues caused by contamination:

“the defence of truth is unable to be relied upon … Dr McKee placed a great deal of evidence before me about the safety of the honey sold by Capilano.” [paragraphs 125 & 126]

The Court gave this metaphorical explanation to make the point that even if a contaminant were present in trace quantities, it does not mean the product is unsafe or toxic:

“a pair of woollen socks may conceivably contain infinitesimally small quantities of a pesticide, which was present on the grass that was eaten by the sheep whose wool was shorn, and from which the socks were knitted. But the conceivable presence of that substance does not mean that persons who manufacture or sell woollen socks are required, without more, to test the socks for the presence of such substances.” [paragraph 130]

As to damages, the Court acknowledged that while the title of the website – Kangaroo Court of Australia and its logo, a jumping kangaroo “warranted circumspection” about its contents, this did not overcome the fact that it was “professionally harmful and personally hurtful for Dr McKee to be accused of dishonesty, corruption, and verbal sexual impropriety”.

The Court awarded damages of $150,000 to Dr McKee to “vindicate his reputation”.

The Court found that Capilano had proven the four elements of the tort:

“In my opinion, a significant part of the motivation for the impugning of the products of Capilano is an animus on the part of the defendant against Mr Stokes [a substantial shareholder of Capilano]. In that sense, the false statements made about the honey are indeed motivated by an ulterior purpose on the part of the defendant. For that reason, I am satisfied that the necessary element of malice has been established on the balance of probabilities.” [paragraph 161]

The Court took these aspects of Shane Dowling’s conduct into consideration:

“in related or similar litigation, he has been imprisoned for contempt of court twice”

“the defendant openly stating in one of the articles that he was well aware that he was “in breach of a super-injunction”, but being content to be so because of a pervading sense of righteousness.”

“the defendant promptly breached the implied undertaking in Hearne v Street (2008) 235 CLR 125; [2008] HCA 36 as soon as he received some witness statements from the plaintiffs by posting them to his website.”

“the defendant insisted that he would run the risk of committing a criminal offence by recording the necessary transmission of proceedings without my permission.”

“I am well satisfied that the entirety of these proceedings before me will be rendered futile unless the defendant is prohibited by court order from conducting himself as he sees fit, including by way of committing further torts against the two successful plaintiffs, along with the real sanction of being dealt with for contempt of those orders.” [paragraph 176]

The Court ordered that Mr Dowling be “permanently restrained from publishing any matter to the same effect as the imputations contained in the Statement of Claim”, and “must permanently remove from the … website”, the Facebook pages and Twitter accounts, the articles listed or “any publication in substantially the same form”.

The Court made an order for costs in favour of Capilano on the ordinary basis. One factor was that Mr Dowling was self-represented and “sincerely believed in the truth of the statements”.

The Court made an order for costs in favour of Dr McKee on an indemnity basis, because Mr Dowling did not make a reasonable settlement offer.

As an aside, the Court said that the fact that “there is no prospect whatsoever of the defendant being in a position to meet the costs of the successful plaintiffs on either basis … is irrelevant to the question of costs”.

A business needs to carefully weigh up the benefits of pursuing a social media commentator, because although the legal tort of injurious falsehood is available, it can be a prolonged and tortuous process to obtain legal redress.

That’s enough about the legal response. To find out how about how a marketing response, look at the following article - Nine effective ways for brands to manage negative social media comments. 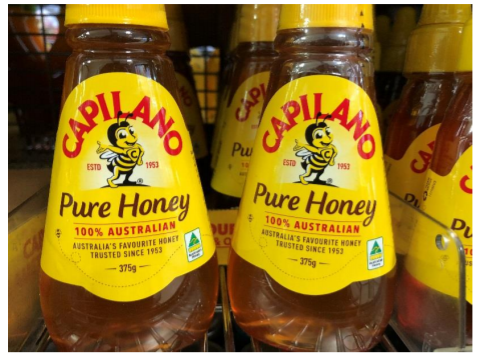 Images of Capilano Honey – note ‘Pure Honey’ on the label

by Michael Field from EvettField Partners

Consumers increasingly use the internet to research products before they purchase. In particular, ‘conscious consumers’ - which describes consumers who look beyond the label to learn more about a company's environmental, ethical and social footprint. This guides purchasing decisions which translates to the purchasing power.

Company managements have developed more robust and sophisticated ways to manage and respond to negative social media articles, comments and reviews. Management responds to social media comments on behalf of the brand, by publishing press releases or statements addressing or refuting the negative claims made against them, and asserting their position as an ethical, reliable and trustworthy brand.

In the case of Capilano Honey and its chief executive officer Dr McKee, it would appear that a legal course of action was justified given the intensity, ferocity and volume of negative commentary produced by Shane Dowling and published on his Kangaroo Court of Australia website and promoted across their various social media channels. Today, the Kangaroo Court of Australia Facebook page has 23,437 followers, and their Twitter account has 8,574 followers.

What are 9 effective ways for brands to manage negative social media comments?

Brands and their marketing teams must have adequate systems in place to monitor and respond in real time to negative social media comments effectively.

These are 9 effective ways a brand can manage negative social media comments: