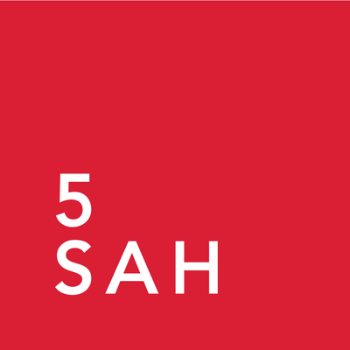 Corporate Crime analysis for Lexis Nexis PSL by Gary Pons, 5SAH Chambers: In recent times international sanctions have become an increasingly popular way for the US, UN, and EU (among others) to express their disapproval of the conduct of certain countries. Sanctions are designed to change undesirable behaviour and to act as a deterrent to other countries from acting in a similar way. They function by limiting access to a country or countries, for example financial sanctions operate to freeze the financial assets of the subject of the sanctions (the designated person). The limits of sanctions are not so frequently discussed. This case decides that judgment creditors are able to request information about the location of a designated person’s assets from HM Treasury.

What are the practical implications of this case?

What was the background to the case?

On 23 November 1985 EgyptAir flight 648 was hijacked shortly after taking off. As a result of the hijacking the aircraft was destroyed. The underwriters of the insurance policies of the aircraft (the Underwriters) brought proceedings in the US against the Syrian state and its agents who were responsible for the hijacking. The Underwriters obtained judgment in the region of $US 51m and then engaged in extensive efforts to enforce the judgment, including its registration in England and Wales. This case concerns their latest attempt to enforce the judgment.

At the time of the recognition of the US judgment in this jurisdiction the Syrian state and some of its agents responsible for the hijacking were subject to EU sanctions, by Consolidated Council Regulation EU 36/2012 of 18 January 2012 concerning restrictive measures in view of the situation in Syria.

The Underwriters sought information from HM Treasury, which they believed HM Treasury held because of the operation of the EU sanctions. HM Treasury receives information about the location and nature of frozen funds from third parties such as the financial institutions who hold the assets. These financial institutions are compelled to provide that information under Article 29(1) of Council Regulation EU 36/2012. The work the Underwriters had undertaken to locate assets in order to enforce their judgment led them to believe that HM Treasury held information about the assets. Article 18 of Council Regulation EU 36/2012 provides that the UK government may release frozen funds in order to satisfy a judgment where that judgment was obtained before the sanctions came into force. The purpose for which the Underwriters sought the information from HM Treasury was to make an application under Article 18 of Council Regulation EU 36/2012 for the release of the frozen funds.

What did the court decide?

The court decided that both types of provision further the overall purpose of the Regulation. That the limiting provisions had an important function in the overall structure of the Regulations because they ensure that the punitive measures were reasonable and proportionate. They provide that the effect of the sanctions on the designated person are measured rather than unlimited. The Consolidated Council Regulation EU 36/2012 contains other examples of derogation from the power to freeze, namely where the frozen funds are needed to satisfy the designated person or their family’s need for basic essentials such as food, housing or medicine (Article 16 of Council Regulation EU 36/2012), or for the essential needs of the civilian population of Syria (Article 17 of Council Regulation EU 36/2012). These exceptions are designed to safeguard basic human rights and to protect innocent third parties.

The Underwriters may seem an unlikely innocent party because their needs are not as essential as those contained within Articles 16 and 17 of the Consolidated Council Regulation EU 36/2012, but they are specifically provided for in the Regulations. They are at risk of financial loss if their judgment cannot be satisfied from the frozen funds. Accordingly, there is no reason to treat the Underwriters differently. The court quashed HM Treasury’s decision to refuse to provide the information and remitted the matter back to HM Treasury for reconsideration.