EU General Court decides whether apples and pears are similar

In a trademark battle between Apple Inc and Pear Technologies Ltd (a company registered in Macau), the EU's General Court has rejected Apple's case that apples and pears are similar.

Pear Technologies Ltd (Pear) had applied to register the following figurative sign as an EU trademark: 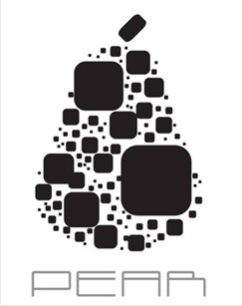 Both registrations were in respect of goods and services in classes 9, 35 and 42.

Apple's opposition was upheld by the Opposition Division and the Board of Appeal of the EUIPO, pursuant to article 8(5) of the EU Trade Marks Regulation 2017/1001, which states:

Pear appealed to the General Court. In a judgment handed down on 31 January 2019, Pear was successful in annulling the earlier judgments, for the following reasons.

One of the conditions that must be met in order for article 8(5) to bite is that the marks be similar (or identical). This was the key issue in the General Court: is The Pear similar to The Apple?

According to the European trademarks jurisprudence, similarity of marks is assessed by analysing the extent of visual, phonetic and conceptual similarity, and then reaching an overall assessment.

Unlike the Board of Appeal, the General Court's view was that the marks are visually dissimilar. While The Apple can be described as composed of the silhouette of an apple depicted in a rounded manner and having a smooth or sleek surface, The Pear cannot be described in this way. Instead it is composed of a large number of squares of different sizes forming only an implicit shape by combination in the mind of the observer. The shape, size and positioning of The Pear's stem and The Apple's leaf are very different. The presence of the word element in The Pear also amounts to a clear difference.

In the General Court's view, the only visual commonalities between The Apple and The Pear are "the presence of black colour and the similar positioning of the figurative elements placed above the depictions of the apple and the pear, which will probably go unnoticed among the relevant public."

In the General Court's view, the Board of Appeal had erred in its assessment because it had taken account, in its visual comparison, of the reputation of the earlier mark and taken inspiration from the idea that the relevant public would therefore be able to establish a link between the conflicting marks. However the reputation of the earlier mark is not a relevant factor when assessing the similarity of the conflicting marks. (The existence of a link between them in the mind of the public concerned is only considered if the similarity hurdle is met).

Turning to the conceptual comparison, the General Court also disagreed with the Board of Appeal, concluding that The Apple and The Pear are conceptually dissimilar too. The Court explained that The Apple and The Pear depict different objects (an apple and a pear), one with a bite taken out of it and one without, topped by a leaf (on the apple) and a stem (on the pear). The fact that there is a generic term 'fruit' which covers both an apple and a pear is not relevant, fruit is only being evoked in an indirect manner.

Indeed, the Court also observed that in several European Union languages, apples and pears are used in proverbs to illustrate that two things are different and not comparable.

As a result, the court did not consider the later stages of the test for conflict, as Apple and the EUIPO did not succeed in the first step, namely whether there was any similarity between the marks. It is important to remember that the later questions are irrelevant if there is no similarity - so whether the earlier mark has a reputation, whether the later mark is being used with due cause, and whether it would take unfair advantage or be detrimental to the distinctive character or the repute of the earlier mark all fall away in such circumstances.

The key to successful asset recovery