The gender pay gap in the Netherlands

In November 2018, Statistics Netherlands published figures showing that, while the gender pay gap in the Netherlands is slowly decreasing, it still exists.

However, it is notable that the pay gap between men and women taking into account characteristics such as the level of education, professional status, working time and work experience remained the same between 2014 and 2016.

This could be subject to change, as amongst young people, the proportion of highly educated women is increasing at a slightly faster rate than their male counterparts. For example, young women working in government were found to earn more than their male colleagues. 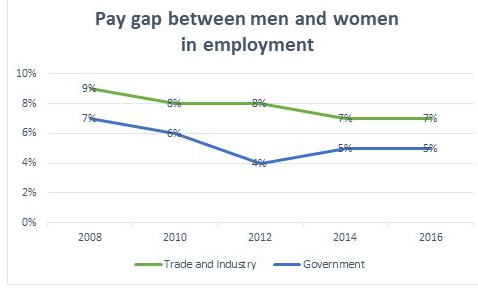 At the beginning of March 2019, a bill on equal pay was submitted to the Lower House in the Netherlands. The bill aims to introduce a number of obligations for employers with 50 or more employees, to reduce the difference in wages for women and men who perform the same or very similar work.

The following obligations are proposed:

If these rules are not complied with, a maximum penalty of EUR 83,000 per violation can be imposed, and a public register will be established which records whether companies have or have not been issued a certificate. The potential for reputational damage is therefore high.

Although the bill must still be debated and then adopted by both the Lower House and the Upper House, it is expected that it will be introduced in some form in the near future.