Ahead of the London Marathon this weekend, and to continue our celebration of IP and sport for this year’s World IP Day, I wanted to explore some of the latest and greatest running shoe technologies — more specifically, innovations all about the sole — to give an idea of the incredible creativity and imagination that goes into modern running shoes. Here’s a rundown of some of my favourites.

Anima Sana In Corpore Sano — “a sound mind in a sound body”.

This is the philosophy of the Japanese sports brand ASICS (which, in case you haven’t noticed, is an acronym of the Latin expression). Founded in 1949 by Kihachiro Onitsuka, the company has always focused on developing a variety of running shoe models to accommodate different conditions, ensuring that athletes have a comfortable running experience.

Back in 1960, the company launched the ‘Magic Runner’ marathon line, inspired by air-cooled motorcycle engines. This air ventilation system helped to prevent long-distance marathon runners from developing blisters. The system used holes in the toes and sides of the shoe, which made it possible to pump heat out of the shoe when the runner’s foot hit the ground using the bellows principle.

ASICS’ latest innovation, which launched in February this year, is the METARIDE — a running shoe designed to make running longer distances easier. Hailed by ASICS as one of its most important innovations in seven decades, this technologically-advanced running shoe optimises all three phases of the gait cycle and is engineered to minimise movement in the area where most energy is expended — the ankle joint.

METARIDE features six proprietary technologies including the GUIDESOLE, a precision-shaped curved sole that works by shifting the bodyweight forward and propelling runners on to give the feeling of effortless motion. This has an international (PCT) patent application pending.

The sole with grip

Athletes have long faced a choice between wearing a shoe with a sole made from sticky rubber that provides grip on wet trails and in sweaty gyms but wears down quickly, or a harder rubber that’s more durable but doesn’t provide the required grip.

British brand INOV-8 has ended this dilemma by revolutionising trail running and training shoes with the launch of the G-Series. Its rubber is infused with graphene which results in a rubber outsole that can flex and grip, and which has lasted for more than 1,000 miles in testing. 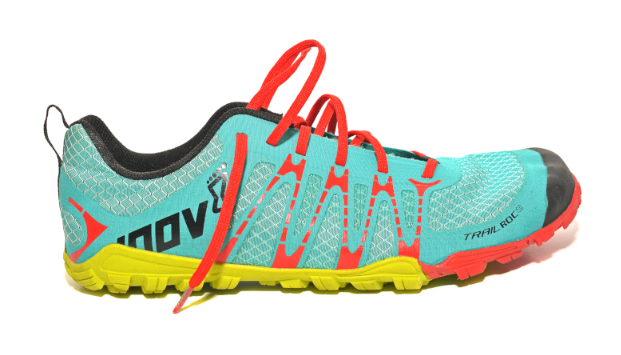 This patent-pending technology was developed in collaboration with experts at the Institute of Graphene at the University of Manchester.

The sole with toes

Vibram launched the concept of minimalist footwear constructed with individual articulable toe pockets back in 2005 in the form of FiveFingers. The shoes were originally targeted for use by yacht racers to maintain grip on slippery decks without compromising the barefoot experience.

It was Ted ‘Barefoot Ted’ McDonald (very aptly named), CEO of Vibram and a keen barefoot runner, who suggested their potential as a minimalist running shoe. 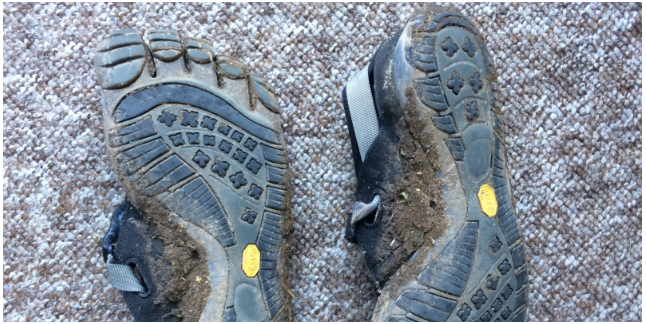 This patented technology has a number of features which enhance the running experience by encouraging the replication of natural, barefoot movement. The independently-articulated toe portions help to restore independent toe movement, which improves whole body movement. The thin sole contours to the shape of the human foot, providing a balance between haptic response to the ground and foot protection, which is achieved through pads in the forefoot area, heel and individual toes.