What are the key tax considerations for private clients in Belgium? 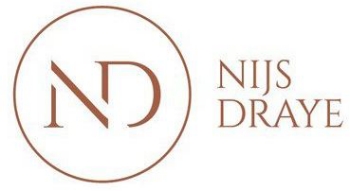 Belgian resident individuals are subject to Belgian personal income tax (PIT) on their worldwide income, while non-residents are generally only subject to (non-resident) PIT on their Belgian-sourced income. In both cases, Belgian taxation is subject to the provisions of the applicable double tax treaties.

The term 'domicile' refers to one's place of main and permanent abode. This is a factual test. There is no clear black and white test, such as day-counting. Listing in the National Register of Individuals creates a (rebuttable) legal presumption regarding residency, and a married person is irrefutably presumed to reside with his or her family. 'Seat of wealth' refers to the place from which individuals administer their wealth, regardless of its location.

Professional income is generally subject to the progressive tax rates (up to 50 per cent) and tax is to a certain extent levied at source (withholding tax).

For investment income (dividends including liquidation proceeds, interests and royalties), the default tax rate for interest and dividend income is 30 per cent, although exceptions apply. For example, dividends from qualifying small or medium-sized companies can be subject to a reduced tax rate of 20 per cent or even 15 per cent. Also, such companies can annually allocate their profits to a 'liquidation reserve', which can be distributed later at reduced tax rates. The application of the reduced tax rates is subject to certain conditions.

A reduction of capital must be allocated for tax purposes pro rata to the taxable reserves of the company making the repayment. The part of the capital allocated to these reserves will be taxed as a dividend.

For certain investment insurance products, a tax-exempt yield can be realised in both type 21 (capital and yield guaranteed) and type 23 products (no guarantee as to capital or yield). Individual life insurance contracts are generally subject to a premium tax.

Unless taxable as miscellaneous income (see below), capital gains realised on movable assets do not generally constitute taxable investment income. However, capital gains on shares of units of capitalising collective investment funds may be taxed at 30 per cent if more than 10 per cent of the assets are invested in debt securities. The same regime applies to shares redemptions or liquidations by such investment companies.

Royalties are taxable at 30 per cent. For copyright royalties, a reduced rate of 15 per cent can apply subject to certain conditions.

Managing the impact of the Cayman tax is of paramount importance for high-net-worth individuals residing or intending to reside in Belgium.

Despite its recent introduction, the Cayman tax has already been subject to numerous changes, sometimes with retro-active effect. The cause is the extremely poor quality of the Cayman tax legislation combined with a lack of overall vision and an overzealous legislator keen on closing a loophole as soon as it pops up in legal doctrine or the press.

In its most recent incarnation, one of its original key elements, the look-through approach, was largely abandoned. It is now only applied with respect to founders and only insofar as the legal arrangement has not distributed the relevant income to the founder or another person before the end of relevant taxable period. If no such distribution occurs, the income of the legal arrangement keeps its original qualification and is taxed accordingly in the hands of the Belgian resident.

On the other hand, in the case of a distribution by a legal arrangement, the income will now, in principle, always be qualified as a taxable dividend irrespective of whether the distribution is made to the founder of or to another person. A qualification as a taxable dividend can then essentially only be avoided if the distribution brings the capital of the legal arrangement below the capital that has been contributed to it by the founder or if the income that is distributed has already been subject to the Cayman tax (for example under the look-through rule). The law is written in such a way that these exceptions can only be invoked once all pre-Cayman tax reserves have been distributed and taxed in Belgium.

Moreover, the law now also provides for some deemed dividend distributions. These can, for example, be triggered in the case of transfer of assets (including transfer of seat) or a contribution involving legal arrangements.

Several special anti-abuse rules apply, rendering the Cayman Tax even more complex. The law now provides that a legal arrangement – an entity that is in principle not a Belgian entity or taxpayer – can commit tax abuse that can then seemingly be attributed to a Belgian resident founder.

There are three types of legal arrangements:

Trusts and other fiduciary arrangements without legal personality (eg, trusts), this irrespective of whether they are taxable or not (in their home jurisdiction).

Foreign entities with legal personality that are not subject to income tax in their home jurisdiction or for which the effective (corporate) income tax rate in their home jurisdiction (computed according to the Belgian tax rules) is lower than 15 per cent. By way of exception, and subject to certain conditions, certain entities do not qualify as legal arrangements (or can be taken out of scope of the Cayman tax). These include companies running an operational business (economic activity test), genuine public or institutional undertakings for collective investment in transferable securities and alternative investment funds and entities listed on a qualifying stock exchange.

A distinction must be made between legal entities inside and outside the European Economic Area (EEA).

Originally, EEA entities were largely out of scope of the Cayman tax. They only qualified as legal arrangements if they were specifically blacklisted in limitative a Royal Decree (EEA Decree).

Initially the EEA Decree was a closed list containing only the Luxembourg Société de Gestion de Patrimoine Familial, the Luxembourg Fondation (which does not even exist), and the Liechtenstein Anstalt and Stiftung.

The amendment of the EEA Decree at the end of 2018 (but with retroactive effect as from 1 January 2018) led to a paradigm shift. Henceforth, every EEA entity is a legal arrangement provided it falls in one of the three following open-ended categories:

This new EEA Decree gives rise to a lot of uncertainty because its potential scope is very wide. By way of example, a normally taxed corporation such as a Luxembourg Soparfi can, in certain circumstances, also qualify as legal arrangement.

It can be questioned whether the EEA Decree is compliant with double taxation conventions and EU law. However, the exact way these interact with the Cayman tax is to a certain extent still unclear.

Initially, a Royal Decree was issued that contained a non-limitative list of entities that were presumed (subject to proof to the contrary) to qualify as a legal arrangement (non-EEA Decree).

Rules are in place to avoid double taxation if income that has already been attributed in such a way to the founder is later taxed again when it is distributed up the chain to (ultimately) the founder. But again, the applicable allocation rules have been drafted in such a way that they are to the disadvantage of the taxpayer.

Inheritance tax (IHT) and gift tax are both regional taxes. Rules in the Brussels, Walloon and Flemish regions may therefore vary.

Upon the death of a person that has his or her domicile in Belgium, IHT is due by the heirs on the net value of the worldwide assets of the deceased.

Family homes (when bequeathed to the surviving spouse or cohabitant partner) and family businesses can benefit from favourable tax rates in all three regions, although the conditions differ from region to region.

Reduced flat tax rates apply to public bodies and charitable institutions (including private and public foundations), among others: 8.5 per cent (Flemish Region), 12.5 per cent or 25 per cent (Brussels Capital Region) and 7 per cent (Walloon Region).

IHT legislation provides for 'fictitious legacies' increasing the taxable base, as well as an anti-abuse provision to counter illegitimate tax avoidance.

Belgian gift tax is only due upon registration of a document or deed in Belgium. Such registration is compulsory for Belgian notarial deeds in general, particularly for transfers of Belgian real estate. Movable assets (cash, stock, bonds, classic cars, art, etc.) can be gifted without intervention by a Belgian notary, and thus avoid registration. Under certain conditions, such gifts can also avoid the levying of gift tax but will generally require that the donor survives the gift for at least three years in order to also avoid the levying of inheritance tax.

The regions have different rates for gifts of immovable property and of movable assets. The latter can generally benefit from low flat rates (ranging from 3 per cent to 7 per cent). Notwithstanding important regional reductions over the past couple of years, immovable gifts are still more expensive, as tax rates are progressive and can go up to 27 per cent (Flanders and Brussels Region) and 30 per cent (Walloon Region) for spouses and (grand)children, and up to 40 per cent (Flanders and Brussels Regions) or 50 per cent (Walloon Region) for non-related beneficiaries. It is expected that the Walloon Region will align the immovable gift tax rates with the aforementioned Flemish and Brussels rates.

Family businesses can benefit from favourable tax rates (ranging from 0 per cent to 7 per cent) in all three regions. Flat rates or exemptions are also available for charitable gifts (eg, to private or public foundations).

iv Other points of attention relevant to high-net-worth individuals

Besides the introduction of the Belgian Cayman tax and TSA, the Belgian tax and legal arena has undergone numerous other major changes that are also relevant for high-net-worth individuals. These include the following: