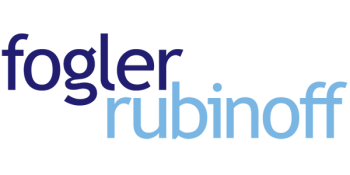 "It is hard to fail, but it is worse never to have tried to succeed." (Theodore Roosevelt)

Canadian copyright law is statutory law and its provisions are set out in the federal Copyright Act1 (the "Act"). Accordingly, there is a more limited scope for judicial activism in this branch of the law as compared to those branches where the associated common law can be developed as a means for responding more quickly to significant societal changes than would have been the case if that response had been undertaken primarily by the applicable legislature(s). A current example of relatively rapid common law development is the work being done by judges in response to mounting evidence that not enough is being done to protect personal information which has been collected from Canadians. Despite the above-noted limited scope, certain risks which necessarily attach to judicial creativity have come to fruition as the Supreme Court of Canada completes its creation of a key Canadian copyright requirement, namely the need to maintain technological neutrality. That requirement is said to be derived from the need to balance user and right holder interests and has been formulated as meaning that absent parliamentary intent to the contrary, the Act is not to be interpreted or applied to favour or discriminate against any particular form of technology. As the principle is only thinly rooted in the wording of the Act (the legislation states that the copyright owner's reproduction right extends to the right to control reproduction in any material form whatever - emphasis added), it is proving vulnerable to misapplication and carries with it the attendant danger of obscuring outcome oriented decision making. In two of the three cases discussed below, the plaintiff rights  holder was  somewhat  successful  in avoiding a defense put forward on the basis of the principle and in the third the defense was entirely successful.

The need to maintain technological neutrality was cited by the SCC in 2006 when it delivered its ruling in the case of Robertson v. Thomson Corp2. Heather Robertson was a freelance writer who had contributed two articles to the print edition of the Globe and Mail, each under a separate agreement, one written and the other oral. In neither instance were copyright issues specifically addressed by the contracting parties and Robertson received payments in connection with the original publication of the articles. Subsequently, the Globe placed those articles as well as articles authored by other freelancers into three different electronic format databases: InfoGlobe Online, CPI.Q and CD-ROMs, thereby making those articles available to the paying public. Via both InfoGlobe Online and CPI.Q subscribers could locate then download and print individual articles, while subscribers to the CD-ROMs were able to view a newspaper as a single day’s edition.

As the named plaintiff in a class action, Robertson sued the Globe claiming that this reuse of her articles by the Globe infringed her copyright in the works and she also brought a motion for partial summary judgment and for an injunction restraining further exploitation of the works in the databases. Thomson defended the action on a number of grounds, including on the basis that in adapting to technological change it was merely exercising its rights as the owner of the distinctcopyright subsisting in the newspaper as a whole (i.e. the "collective work") in the same manner as it did when it archived its newspapers on microfilm and microfiche. In coming to its position, Thomson relied on the principle of media neutrality, arguing that to accept Robertson's position was to violate Thomson's right to see its copyright in the collective work apply in the digital media environment. Thomson also defended the action on the basis that it had implied (i.e. unwritten) licences to engage in the electronic archiving activities in question as well as on the basis of other related legal grounds.

A majority of five of the nine members of the Court agreed that while the archiving of newspapers on microfilm and microfiche resulted in mere reproductions of photographic images of the newsprint editions - with the resulting preservation of the skill, judgment and labour of the editors who had both selected and arranged the various individual articles into newsprint editions, electronic archiving in the InfoGlobe Online and CPI.Q databases did not involve making editions of whole newspapers available to the public and instead resulted in the on-line publication of an ever-increasing aggregate of disassembled individual articles from many editions.

The majority noted that this was true even though the articles in InfoGlobe Online and CPI.Q contained references to the newspaper they were originally published in. On the issue of whether the Globe had been granted permission to re-use the articles in its databases, the majority agreed with the motions judge's finding that since such licenses need not be in writing and could be implied in appropriate circumstances, the conflicting evidence on the matter gave rise to genuine issues in dispute which could only be resolved after a full trial. Robertson's appeal against the dismissal of the motion for partial summary judgment was therefore dismissed.

The entire Court held that the Globe was properly exercising its rights as a copyright owner in publishing the CD-ROMs, as users of those products were viewed as gaining access to a collection of daily newspapers, each of which could be viewed separately. The minority of four members of the Court would, in keeping with their approach to the media neutrality principle, have also found that the Globe had the authority to create and license use of the InfoGlobe Online and CPI.Q databases without the permission of the freelancers. Evident in their reasons was the view that the primary skill and judgment underlying the copyright subsisting in the newspaper was that which was utilised to select the articles for inclusion in a newspaper and the associated conclusion that since every article so selected was transferred to the two databases, that editorial skill and judgment was present in the two databases.

It was therefore clear in 2006 that judges could apply their understanding of the requirements of the principle to support opposing outcomes. The Supreme Court found it necessary to address the issue again six years later in the Entertainment Software Association v. Society of Composers, Authors and Music Publishers of Canada 3  case which dealt with the question of whether copies of video games purchased in a store or delivered by mail were to be treated differently from those downloaded over the Internet or sent by e-mail. Again, on a narrow 5-4 basis which revealed a split among the judges on the fundamental issue of how owner rights are layered under The Act, the majority of the SCC concluded that adherence to the principle meant that music embedded in video games which are downloaded (as opposed to streamed) was not "communicated to the public" and, accordingly, SOCAN – which administers the Canadian performing rights of more than 100,000 composer, author and music publisher members - was not to be compensated for such downloading. In effect, the majority rebuffed SOCAN's attempt to force video publishers and distributors to share the financial benefits arising from their use o more efficient Internet-based technologies on the metaphorical basis that su technologies  were  merely  being  used  as  a  technological  taxi.  Notably,  the dissenting judges who would have allowed SOCAN to impose the additional rights based fees also supported the principle of technological neutrality, but disagree with the majority’s application of it. Attacking the majority’s metaphor, Rothstein (the other three dissenting judges concurred with his reasons) noted that taxis nee not give free rides.

In November of this year, on a 7-2 split basis, the Supreme Court of Canad released its decision in the CBC v. SODRAC 2003 Inc. case4. SODRAC is an organization that collectively licenses the reproduction rights to copyrighted music. Royalties  associated  with  the broadcasting of  those works  are  usually  paid to SOCAN. The dispute between the parties is rooted in the CBC's transition from the deployment of analog broadcasting technologies to digital technologies and this shift raised technical copyright issues having to do with the scope of the music owner's right to control the reproduction of its work(s) in the context of the CBC's creation and  internal  exploitation  of  short-lived  "ephemeral  copies"  of  television  shows incorporating musical works prior to and in connection with the ultimate and fully sanctioned broadcast of the show. The CBC's use of such copies for a variety of purposes, such as reformatting, closed captioning purposes as well as preliminary internal viewing, had become common due to its ability to easily generate such digital copies using its content management system. The CBC resisted SODRAC's claim for the payment of additional royalties in connection with its use of the new broadcast related internal business processes on the basis that either the right to make and use such ephemeral copies was not required under copyright law or - in light of precedent this was the better argument - it should be implied under the synchronization licences pursuant to which the music was validly included in the broadcast  quality  show.  SODRAC's  position,  stripped  of  copyright  law  related technicalities, was reminiscent of SOCAN's position in the ESA case and amounted to the proposition that the benefits arising to the CBC from its use of the newer copy - dependant technologies must be shared with SODRAC via the remuneration that would flow from its rights in these incidental, additional copies.

Unlike the ESA, the CBC was unsuccessful in convincing the majority of the SCC to agree that the rights organization was incorrectly and opportunistically attempting to expand its jurisdiction. Rothstein J., writing for the majority, concluded that additional SODRAC royalties were indeed payable in connection with the CBC's creation and utilisation of the broadcast incidental copies; however, citing the need to maintain technological neutrality, he further found that the Copyright Board erred in its valuation of the appropriate royalty to be paid and that issue was therefore remitted back to the Board for redetermination. In effect, in Justice Rothstein's view as concurred with by the six other judges, adherence to the principle meant that SODRAC was entitled to a smaller share of the benefits arising from the CBC's deployment of its content management system than the share awarded to it by the

Copyright Board. For her part, Justice Abella writing in dissent (Justice Karakatsanis concurred with this portion of her reasons) held that adherence to the technological neutrality principle meant that CBC's broadcasting efforts should not be subjected to any additional SODRAC related costs due to its internal utilisation of newer digital technologies which, in her view, did not have the effect of changing the essence of the CBC's broadcasting activity.

So on a third occasion the technological neutrality principle has proven to be an unruly one for the Supreme Court to apply, with the result that it continues to be difficult to assess whether Canadian copyright law entitles rights holders to a share of the financial benefits arising from users' adoption of digital technologies. Nevertheless it is now clear that the principle is powerfully embedded in Canadian jurisprudence.