Technology products are increasingly characterized by their ability to facilitate interconnectedness. More and more, tech innovators find themselves subject to increasing scrutiny under global competition laws when they succeed.

Buyers and/or sellers are raising concerns that they are somehow harmed by changes to the platform and its rules for engagement. While Europe has gone the farthest in taking up their concerns–to the point of the European Council adopting a new platform regulation to take effect next year–two recent US Supreme Court cases also add to the complexity in assessing this antitrust risk.

In the past 12 months, the Supreme Court handed down two significant 5-4 antitrust opinions with significant implications for technology platforms and networks. In Apple v. Pepper, the Court confirmed an expansive view of antitrust exposure for companies that maintain platforms. And before that, in Ohio v. American Express, the Court articulated a new standard for analyzing restrictions in contracts in network-based markets. Together, the two cases reflect the complex considerations when assessing potential antitrust liability associated with technology platforms.

On May 13, 2019, the Supreme Court issued an opinion significantly expanding the range of potential plaintiffs who could sue over app purchases through Apple's App Store.1 The Court ultimately held that transactions by consumers using Apple's App Store could be a source of antitrust liability under federal law. The decision has ramifications well beyond the plaintiffs' dispute with Apple.

A putative plaintiff class of iPhone owners alleged that Apple unlawfully monopolized the "market" for iPhone apps by requiring owners to purchase apps exclusively through its App Store. At the same time, Apple charged app developers, who sell apps on the App Store directly to consumers, a 30 percent commission. The plaintiffs alleged that these transactions occurred at prices higher than they would have been in a competitive marketplace.

The district court dismissed the suit under the longstanding Illinois Brick v. Illinois decision, which established that only direct purchasers have antitrust standing to sue.2 Because the plaintiffs alleged they were harmed when Apple charged app vendors the 30 percent commission, the trial court concluded that the plaintiffs were alleging indirect harm and so lacked standing to sue Apple. The Ninth Circuit reversed, holding that because the structure of Apple’s App Store required iPhone owners to transact directly with Apple, they were direct purchasers whose claims were not barred under Illinois Brick. The Supreme Court took up the case and its decision attempts to simplify the analysis.

The Supreme Court agreed with the Ninth Circuit in a 5-4 opinion. It concluded that because consumers "bought the apps directly from Apple . . . the iPhone owners were direct purchasers who may sue Apple for alleged monopolization." The Court recognized that the iPhone owners were not "consumers at the bottom of a vertical distribution chain" and held that "[t]he absence of an intermediary was dispositive."3 The decision opens a potential path for consumers to sue over their App Store purchases even though app developers set the prices paid by consumers. Litigation in the case will now resume in the Northern District of California. 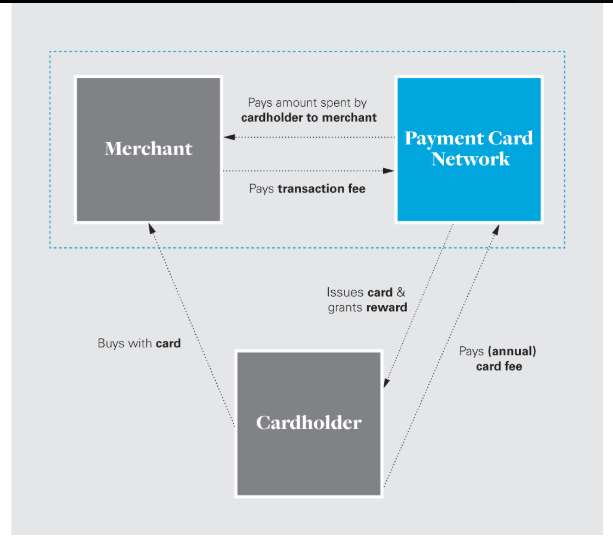 After a bench trial, the Eastern District of New York found that the anti-steering provisions harmed merchants and that market effect was sufficient to find a violation of the Sherman Act. On appeal, the Second Circuit reversed, holding that the challenged agreement had effects also on consumers, and that there were potential unaccounted for benefits. It explained that any analysis of the effect on competition should assess the net harm of the provisions on both sides of the transaction–on consumers as well as merchants.

The Supreme Court agreed in a 5-4 opinion. The Court recognized that assessing effects in a two-sided market for credit card transactions requires a thorough rule of reason analysis of the competitive effects on both the merchant and consumer side. This would require weighing the alleged harms and potential benefits to each, and then weighing the effects on competition. The Court reasoned that "increased merchant fees reflect increases in the value of its services and the cost of its transactions, not an ability to charge above a competitive price."6 Thus, the Court surmised, American Express’s fees may actually support competition, not hinder it. The Court left the lower courts to determine how the balancing should come out.

Both narrow opinions flag important considerations for firms that offer products or services that can be characterized as platforms or networks for connecting third parties. American Express has the potential to give companies more flexibility in defending their agreements and conduct, while Pepper has the potential to expand the range of plaintiffs with standing to sue the operator of a service that brings different parties together.

Further litigation will continue to define how these considerations are weighed. Both decisions make clear, though, that companies may expose themselves to antitrust liability based on the structure of their marketplace and how transactions in the marketplace occur. Companies should take steps to evaluate their offerings and how they interact with users in light of both decisions.

Further, both opinions demonstrate the potential unpredictability of the Court's antitrust jurisprudence in upcoming terms. The Court decided them narrowly, with a 5-4 split. As such, the opinions do not offer a clear indication of how the Court, with newly seated Judge Kavanaugh, will sway as more antitrust cases make their way through the federal courts.