The Advocate General opines on an important question of European Union Trade Mark law. Different approaches to the comparison of signs have developed through case-law. Will the European Court of Justice take this opportunity to clarify which one is correct?

Background to the case

Equivalenza Manufactory SL applied to register the mark shown below left, in relation to perfumes (class 3) in 2014.

The application was opposed by ITM Enterprises SAS on the basis of conflict with its earlier mark below right, registered for identical and highly similar goods (also in class 3). 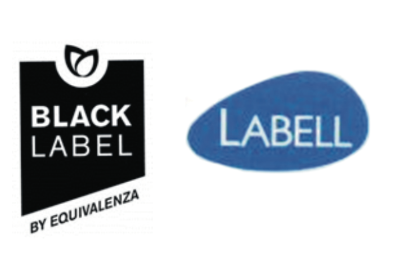 The EUIPO Opposition Division upheld the opposition on the basis of similarity of the marks and the existence of a likelihood of confusion. That decision was affirmed by the EUIPO Board of Appeal but then overturned by the General Court (GC)which held that the marks were not similar.

GC’s assessment of similarity of signs

Specifically, as regards the assessment of similarity of the signs, the GC held that they were visually and conceptually different, and aurally similar to an average degree. The GC then carried out a global assessment of the similarity of the signs, including the fact that the visual aspects were particularly important because the average consumer of perfumes usually sees the goods and at least to some extent bases his/her purchasing decision on their visual appearance. Thus, the GC concluded that overall the signs were not similar. Accordingly, since the requirement for similarity of signs had not been fulfilled, the Board of Appeal had erred in finding a likelihood of confusion.

The case was then appealed to the CJEU.

Question before the CJEU

The case raises a fundamental question regarding the application of EUTM Regulation Art.8 (1)(b) based on likelihood of confusion.

Upon opposition by the proprietor of an earlier trade mark, the trade mark applied for shall not be registered: ...

Thus, similarity (at least) between the trade mark applied for and the earlier mark is a prerequisite for a finding of likelihood of confusion.

Given the global assessment approach adopted by the GC, the EUIPO asked the CJEU to specify the method by which, and the circumstances in which, it can be considered that two signs do not satisfy the condition of similarity under Art. 8(1)(b).

In his opinion, the AG commented that the case-law has not been consistent, with two lines of cases developing. It is therefore important for the CJEU to clarify which one is correct.

This approach, adopted in the majority of cases, is as follows:

The alternative method, adopted by the GC in this case, is as follows:

The AG reviewed these two lines of cases and opined that the ‘strict’ approach is the correct one. This, he commented, was more in line with the scheme and wording of Art. 8(1)(b) itself. The ‘flexible’ approach, on the other hand, confuses two analyses (that is, similarity of signs and likelihood of confusion) and entails to some extent prejudging, at the stage of comparing the signs, whether or not there is a likelihood of confusion.

Accordingly, the AG recommended that the CJEU should allow the appeal and set aside the GC’s decision.

Significance of the case

This is an important opportunity for the CJEU to clarify the correct approach to the comparison of signs, against a background of inconsistent and confusing case-law.

The EUIPO, having identified the importance of this question, has specifically asked the court for clarification.

It remains to be seen whether the CJEU will take up this challenge and, if so, whether it will follow the opinion of the AG.

Alternatively, will the court confine itself to the specific facts of the case and decline to provide clarification of the law in general? We will report on the judgment itself in due course.