According to statistics provided by the Supreme People’s Court, the number of case closing of IP cases of first instance rose year by year for courts of all levels. 147,000 cases were closed in 2016, increasing by 9.55% on a year-on-year basis. The number is estimated to reach 161,000 for 2017, marking a year-on-year increase of 9.32%. See the chart below. 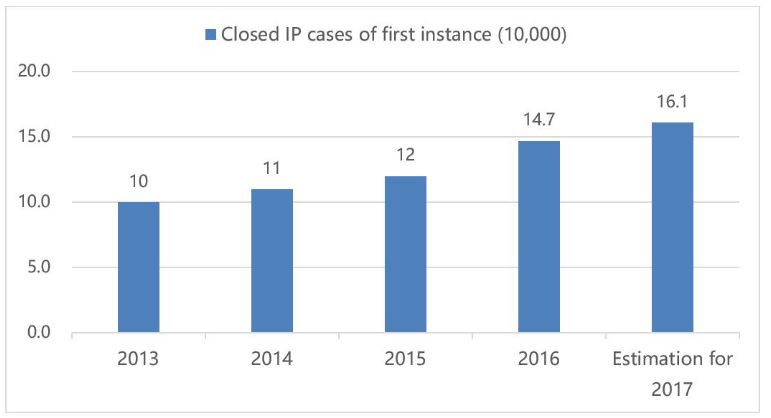 Statistics of closed IP cases of first instance for 2013-2017

In addition, Beijing, Shanghai and Guangzhou IP Court explored the application of punitive damages, in an attempt to address the awkward problem that rights owners tend to pay a higher price to protect their lawful rights, whereas the infringers always get away with not so much to lose. Nanjing, Suzhou, Wuhan and Chengdu established IP tribunals with cross-district jurisdictions over IP cases. 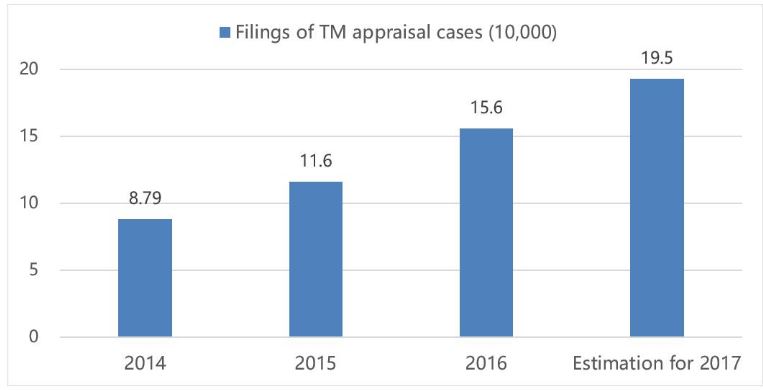 Statistics of case handling of patent administrative cases for 2013-2017.

China’s patent rights pledge reached RMB 43.6 billion in 2016, marking a minor drop compared with the previous year. The IPR operation funds collected RMB 4.28 billion in the initial raising. In 2017, China’s patent pledge financing reached RMB 72 billion, up by 65% on a year-on-year basis. The number of pledge projects reached 4,177, up by 60% on a year-on-year basis. 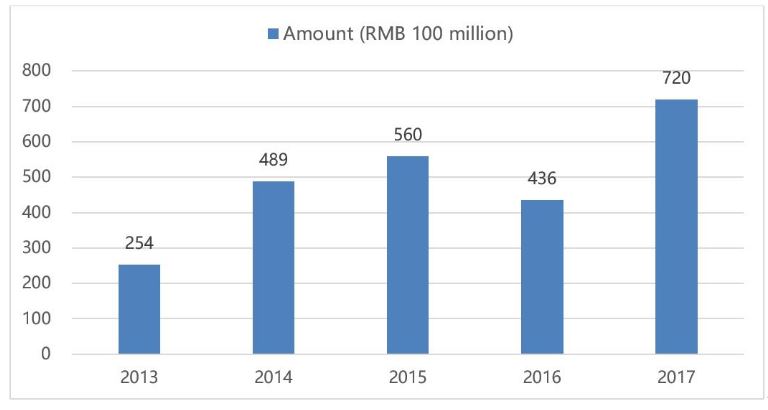 China patent rights pledge financing and the number of companies