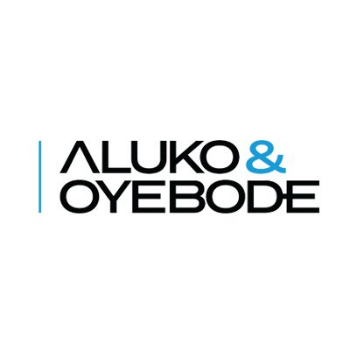 An extract from The Public Competition Enforcement Review, 12th Edition

The provisions of the FCCP Act regulating restrictive agreements in Nigeria are similar to those provided for under Article 81 of the European Commission Treaty. As discussed in Section II, under the FCCP Act, undertakings are precluded from entering into agreements in relation to price-fixing, market-sharing and customer allocation, production limitation and distribution agreements by which suppliers impose prices of goods on resellers.

A contravention of the provisions of the FCCP Act on restrictive agreements is a criminal offence, and any person or undertaking that commits such a breach will be liable upon conviction to:

Note that parties who have suffered losses as a result of such breaches may seek redress by lodging complaints with the Commission. The Commission may, if satisfied that the circumstances of the case so warrants, exercise any of the powers granted to it under the FCCP Act as it deems fit, including making interim orders mandating the cessation of the restrictive agreement pending the conclusion of the investigation. Prior to the enactment of the FCCP Act, the ability of parties to enforce or seek protection against an agreement that purported to restrain trade was premised on the principles of common law and the reasonability of the agreement. The courts considered factors such as the length of the restraints and geographical limits, among others. The FCCP Act, however, now expressly prohibits all forms of agreements among undertakings creating a monopoly and stifling competition in Nigeria, save for certain express exemptions provided for under the FCCP Act. The implication of this is that Nigerian courts in deciding whether or not to enforce a restrictive agreement are to have recourse to the provisions of the FCCP Act, which now provides the circumstances where certain restrictive agreements should be upheld. Thus, while Nigerian courts may still consider the reasonability of a restrictive clause in an agreement in deciding whether to enforce the agreement, the provisions of the FCCP Act will serve as the first guide of the court in reaching a decision.

Abuse of Dominant Position in Nigeria

Abuse of dominant position occurs where an 'undertaking enjoys a position of economic strength enabling it to prevent effective competition being maintained on the relevant market and having the power to behave to an appreciable extent independently of its competitors, customers and ultimately of the consumers'. The term 'relevant market' includes:

The provision of the FCCP Act in relation to abuse of dominant position is essentially similar to what is provided for under Article 82 of the European Commission Treaty, although it appears to be more extensive with respect to the types of conduct that amount to an abuse of dominant position when compared with the examples provided for under the European Commission Treaty, which are essentially limited to imposition of unfair purchase or selling price, limitation of production and application of dissimilar conditions to equivalent transactions.

The FCCP Act prescribes acts that will be construed as an abuse of dominant position. These acts include: excessive pricing, predatory pricing, buying scarce supply of intermediate goods or resources required by a competitor, refusing to give a competitor access to essential facility when it is economically feasible to do so, requiring or inducing a supplier or customer not to deal with a competitor, refusing to supply scarce goods to a competitor when supplying the good is economically feasible, selling goods or services on condition that the buyer purchases separate goods or services or forcing a buyer to accept a condition unrelated to the object of a contract.

As at the date of publication of this chapter, there has been a dearth of reported cases or suit that have been brought either by the federal government or by a civil action pursuant to which an abuse of dominant position was sought to be punished or stopped or whereby a declaration that the agreement or business arrangement was deemed to be illegal or on the ground that it is anticompetitive.

However, in 2018, a civil suit was brought by the Attorney General of the Federation (AGF), pursuant to the provisions of the erstwhile Consumer Protection Council Act (CPC), against MultiChoice Nigeria (Nigeria's largest digital satellite television company and a dominant player in the broadcasting sector). MultiChoice Nigeria was accused of allegedly increasing the monthly subscription fees excessively as a result of the dominant position it enjoyed in the market. The matter was brought before the Federal High Court, Abuja under the provisions of the erstwhile CPC Act.

The AGF, sought a restraining order to restrain MultiChoice by itself, agents or representatives howsoever described, from continuing any increased subscription rates that were being charged to their customers.

Though the civil suit was successful and the restraining order was obtained, MultiChoice however proceeded with the price increase. Due to the fact that the CPC had no power to regulate competition related issues such as abuse of dominant position or to regulate monopolistic businesses or undertakings, the CPC and the court were limited to giving orders touching on the protection of the consumers rights. The MultiChoice case essentially stressed the need for the country to ensure that it had in place a comprehensive competition law policy to address issues like abuse of dominant position in the market.

The FCCP Act no doubt has introduced a much needed regime to the Nigerian market by ensuring that adequate antitrust provisions are in place to tackle issues related to predatory pricing, monopoly, restrictive agreements and other antitrust-related practices that are intended to stifle competition in the Nigerian market. It is left to be seen how the Commission will tackle issues arising from antitrust practices in the coming years.

We believe that there will be more activities within the Nigerian market, especially as it relates to enforcement of the FCCP Act, in view of the fact that there is now an existing competition law and an active Commission willing to enforce the provisions of the law.