The French doctrine of judicial estoppel: our very own Nessie? 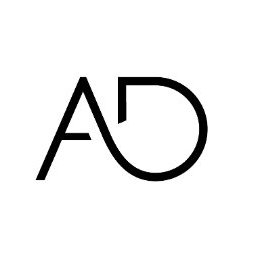 The French Supreme Court has recently handed down a decision[1] which confirms that the rule of judicial estoppel only applies in narrow circumstances. Despite being widely recognized and regularly upheld in Common Law systems, its peculiar development by French judges puts its effectiveness into question.

In a nutshell, the Court found that estoppel cannot be applied unless the relevant party has altered its claim for relief (“prétention”). And, even in case a claim is changed, estoppel only applies if the change results in the other party having been misled, to its detriment.

The French doctrine of estoppel, from such a perspective, falls quite far from its Common Law and International Law applications. Which fortunately does not mean that litigants’ deliberate inconsistencies will necessarily escape censure: whether on a procedural level (waiver of rights, which to a certain extent at least overlaps with estoppel,[2] is one example) or on a substantive level (dismissal, and/or compensation awarded to the other party).

Originally, the doctrine of estoppel is absent from French law, although the word comes from its very own language (“estopper”). In Common Law, where it was invented, this principle seeks oblige litigants to a form of consistency and prevent them from adopting stances that are contradicted by their earlier positions or statements. Although the definition varies from one legal system to another, the sanction remains uniform: the party is “estopped”, its claim is found inadmissible without an analysis on its merits. The doctrine has crossed borders and been recognized as a principle of international law and international commerce for a long time. However, its appearance in French case law is fairly recent.

In France, estoppel was first encountered in international arbitration. French judges examining motions for annulment of awards have referred to this doctrine since the early 2000s. As for the Supreme Court, it mentioned it expressly for the first time in 2005.[3]

The duty not to contradict oneself to another’s detriment,[4] as it is also named, is closely linked to the duty of procedural loyalty: parties cannot take unfair advantage of the other party’s reliance on their expressed intentions.

However, French Courts have given the doctrine a rather cool welcome. Although it is frequently reaffirmed as a general principle, it is rarely found applicable. In 2009 the plenary session of the Supreme Court brandished the principle, yet refused to apply it to the matter at hand, finding that “the mere fact that a party has contradicted itself to another’s detriment does not necessarily justify inadmissibility”.[5] In the same trend, subsequent case law has continued to clarify the doctrine essentially by way of negative definitions.

In 2010, it was found that estoppel could only be upheld in case of “change of legal position of a nature to mislead [the opponent]”.[6] In 2015, the Court added that the contradiction must occur within the same proceedings, regardless of the fact that the relevant party had taken a completely different stance before a different Court[7].

The decision hand down on 22 June 2017 follows this restrictive trend of case law. Here, two sisters had contacted an auctioneer in order to consider the sale of an item of collection. The National Museum of Stockholm, suspecting the item had been stolen from it in 1983, initiated summary proceedings seeking an emergency expert assessment. Prior to the delivery of the summons, the sisters had claimed ownership of the item on at least two occasions, including in official letters issued by their attorneys. However, on the eve of the hearing, they changed their position: they now claimed the item actually belonged to their mother, seeking a finding of inadmissibility. The interim relief judge, followed by the Court of Appeals that subsequently ruled on the matter, decided the sisters could not take such inconsistent positions that were detrimental to the Museum, which could no longer obtain the requested expert assessment.

On appeal from these decisions, the Supreme Court reaffirmed the principle of estoppel – but, yet again, refused its application, finding that “the sisters had not altered their claims in the course of the judicial debate, and […] their allegations prior to the beginning of the proceedings could not be taken into consideration”.

On the one hand, the only contradictions that matter are those that occur within the scope of the same “judicial debate” (“débat judiciaire”) – which appears to imply, moreover, that only the submissions filed with the Court would be taken into consideration. Although the disputed letters were in fact issued before the beginning of the proceedings, the wording of the decision gives grounds to believe that the solution would not have been different had they been written at a later stage.

On the other hand, strict conditions apply to the nature of the contradiction invoked. French doctrine traditionally draws the distinction between claims (“pretentions”, i.e. the relief claimed), legal grounds supporting the claims (“moyens”), and allegation of facts (“allégations”). Here, the decision is quite clear that only the first of these (“pretentions”) may qualify for the application of estoppel. It is already established that litigants are allowed to change their footing and successively invoke new legal grounds, contradictory though they may be, to support a single claim.[8] This decision of 22 June 2017 further confirms that allegations of fact are also indifferent: only a complete change of claim counts.