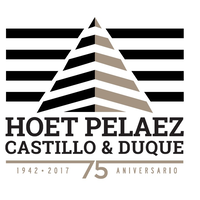 Venezuela is a signatory to various international agreements, such as the Paris Convention for the Protection of Industrial Property, the Hague Convention, the Agreement on Trade-Related Aspects of Intellectual Property Rights (TRIPs) and the Convention Establishing the World Intellectual Property Organisation. The valid IP law in Venezuela is the Industrial Property Act 1955, which became effective in September 2008 following the country’s 2006 withdrawal from the Andean Community. However, several proceedings filed before the Supreme Court have challenged the constitutionality of the 1955 act.

The act introduced various changes to the trademark regime, including the following:

Further, the act provides for the following types of patent:

A patent that has lost validity through failure to pay an annuity may be reinstated only once, provided that the owner asks the Industrial Property Registry Office for reinstatement within three months of expiry.

Since Venezuela joined Mercosur, there has been much expectation regarding the impact that this initiative may have on IP issues. This has encouraged the government to develop and adopt norms in line with Mercosur regulations, such as Mercosur Resolution 8/95 on the Harmonisation Protocol for Mercosur Regulations Regarding Intellectual Property in Relation to Geographical Indications and Designations of Origin.

In order to develop IP rights protection in the region in light of member states’ national regulations, while observing international agreements such as the Paris Convention and TRIPs, the Harmonisation Protocol was developed. The protocol provides as follows:

When considering the extension of a trademark registration, no member state may require that a trademark be in use; however, total or partial cancellation is possible, provided that the trademark has not been used in any member state in the five years before the date on which the cancellation procedure is initiated.

In regard to the classification of products and services, even though the Industrial Property Act 1955 contains a local classification system, the protocol establishes that member states will adopt the necessary measures in order to comply with the Nice Arrangement Concerning the International Classification of Goods and Services for Purposes of the Registration of Trademarks. At present, Venezuela applies the dual system.

Member states may grant protection to plant varieties and other vegetable extracts through patents, an individual or idiosyncratic system or a system comprising a combination of both.

Article 24 of the protocol requires member states to make their best efforts in order to conclude, as soon as possible, international agreements regarding invention patents, utility models, industrial designs and copyrights and other IP rights issues. This should invigorate the management system of the Venezuelan Patent and Trademark Office.

In the near future it is expected that a new and updated draft IP law will be presented to the Venezuelan Congress for discussion and approval.

From a practical viewpoint, owners should maintain their presence in the market since it will allow them to strengthen their position in relation to competitors.

There are many methodologies and much literature in the area of trademark valuation. Although this practice is not widespread in Venezuela, it is preferred that the valuation be oriented to product trademarks, whose weighting relates more to the mark’s contribution to the profitability of the business based on:

In other words, trademark awareness generates an additional benefit for consumers, making them willing to pay more for the same product.

One common practice is the comparison between a branded product and another similar product (unbranded or generic), and the analysis of such in regard to the contribution to financial results, estimating the incremental benefits of a trademark compared to those of a generic brand product or an equivalent product with no brand name.

Moreover, a high incidence of advertising investment supports a trademark in the search for loyal consumers.

In contrast, in regard to service marks, there tends to be a greater inclination to use the royalty savings methodology, which bases estimates on the capitalisation of saved royalties. In other words, the value is determined by calculating the royalty savings that the trademark should generate during its useful life through the current value of such projected savings.

The choice of methodology may depend on which industry is being measured (eg, mass consumption, beverages, technology, banking and finance, insurance). After the valuation is obtained, the IP right is entered as an asset and has no fiscal treatment (as would be the case in regard to its purchase or sale).

Changes in practice at Customs and other enforcement agencies

In October 2005 the Administrative Resolution on the Observance of IP Rights in the Import and Customs Transit of Merchandise was published in the Official Gazette of the Bolivarian Republic of Venezuela. The resolution is administered by the National Integrated Service of Customs and Tax Administration (SENIAT) and is intended to safeguard the interests of rights holders by providing for special border measures in order to combat crimes (eg, piracy and counterfeiting). The resolution establishes further control through an entity comprising officials with national jurisdiction to adopt precautionary measures (eg, the seizure and confiscation of merchandise) in cases where the legitimacy of the products cannot be determined. In sum, SENIAT will intervene when imported goods that may infringe IP rights are found:

Nevertheless, further reinforcement of customs control is needed, particularly where the economy has grown in areas at risk of large-scale infringement (eg, shoes, textiles, toys, digital media). All of this must be reinforced with campaigns to sensitise consumers which contribute to the commercial cycle. This also applies to other sectors of the economy with different issues, such as the pharmaceutical sector, where infringement can have repercussions for public health, affecting both rights holders and interested parties.

The challenge faced by Venezuela at this time is to introduce and reinforce measures that keep infringing industries on the margins, which increasingly conflict with international agreements on border measures. It must involve combined action by the state, interested parties (eg, rights holders) and business. In practice, the efforts made by rights holders and their representatives to train officials to recognise illegal merchandise have led to the efficient control of infringing goods, particularly at Customs.

Examples of the initiatives being carried out by the government include the recent confiscations of merchandise at different national ports and airports – in effect, cargo and shipments arriving from different continents have been detained when Customs has detected IP rights violations.

SENIAT has also carried out procedures through the Non-invasive Inspection Circuit (CINI) created within the national customs framework, which includes modern IT systems allowing for the non-intrusive inspection of baggage in order to identify objects hidden inside containers, merchandise or transport vehicles. These actions have taken place with the agreement and cooperation of the World Customs Organisation, of which Venezuela has been an active member since 1996.

Venezuela’s membership of Mercosur implies an obligation to update its customs regulations, including the relevant institutions, as required by Article 40 of the Protocol of Ouro Prieto – the Statement of Customs Control in Mercosur Customs Administrations, the purpose of which is to:

According to Extraordinary Official Gazette 6097 (March 25 2013), Article 33 of the protocol states that: “The import and re-export of goods that violate validly recognized Intellectual Property rights is prohibited throughout the national territory.” Thus, Venezuela is further committed to the enforcement of IP rights, constituting a legal basis for procedural interest in the area of border measures.

With regard to border measures, Venezuela has achieved minimum compliance with its obligations under the Treaty of Asuncion, the Protocol of Ouro Preto and relevant decisions (eg, Decision 1/97 on the Agreement on Cooperation and Mutual Assistance between Customs Administrations of Mercosur on the Prevention of and Fight Against Customs Offences).

The courts have heard two cases of interest in recent months.

In 2013 Industria Lactea Venezolana, CA (Indulac) presented a lawsuit for nullity and a request for preliminary measures against the MIGURT, MYGURT and MIGURCITO trademarks owned by PASCUAL ANDINA, based on their graphic and phonetic similiarity to the previously registered FRIGURT trademark owned by Indulac. The First Court of Contentious Administrative Matters decided that Indulac’s FRIGURT trademark and Pascual Andina’s MIGURT, MYGURT and MIGURCITO trademarks had no phonetic similarity, and thus rejected the request for preliminary measures. The case is at the evidence presentation stage and a final decision is awaited (http://jca.tsj.gov.ve/DECISIONES/2013/JULIO/1477-18-AW41-X-2013-000043-2013-1351.HTML).

In 2013 S Tous SL brought a lawsuit for nullity and a request for preliminary measures against several commercial trademarks registered by QQ Bear Ltd, CA for flower designs similar to those commercialised by S Tous SL. At the time of presentation of the lawsuit, S Tous SL held no previously registered trademarks for the designs and the action was mostly based on violation of the company’s copyright in the designs. The first court declared the preliminary measure to be in order and suspended the legal effects of the trademark registrations for the designs in the name of QQ Bear Ltd, CA. The final decision in this case is still awaited (http://jca.tsj.gov.ve/DECISIONES/2013/ABRIL/1477-18-AW41-X-2013-000019-2013-0624.HTML).