Wanna Be On Top? Intellectual Property Law at Fashion Week 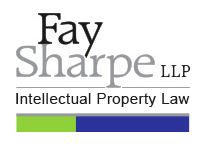 It’s that time of year again: designers flock to New York City to showcase their creativity and upcoming trends in fashion, allowing models to “stomp to the death” down runways in front of the world’s media. That’s right—it’s Fashion Week. While many people probably think of Fashion Week as a way to preview upcoming styles, Fashion Week is also prime time for fast fashion retailers to start sketching out their own products.

Indeed, many times these fast fashion retailers are “inspired” from what is previewed at Fashion Week, resulting in nearly identical off-the-rack pieces produced and sold at a fraction of the price of runway pieces. For example, in 2013, one such fast fashion retailer sold a white bustier top priced at $19.95, which looked strikingly similar to a high end designer’s white crop top from its Spring 2013 collection priced at $1,535.

That same year, the same fast fashion brand also offered a $24.95 jersey tank top with mesh at the front “for a deep V-neck effect,” which was a mirror-image of another high end designer’s dress, which retailed for $3,250 in crepe, or $2,900 in silk satin.

While your gut instinct may be telling you that there is something inherently wrong with ripping off another designer’s creativity, the United States government is less inclined to agree. Indeed, despite fashion contributing $360 billion in 2016 to the U.S. economy alone, fashion is not well-protected as intellectual property within the United States. Instead, designers seeking protection of their collections must instead fight to protect particular elements of their designs, which they may do through three avenues:

Design patents are granted to products and inventions that are novel, nonfunctional and non-obvious. Unfortunately, fashion is a rapid moving industry, so much so that by the time a design patent is granted, the applied-for item may be “out of season.” As such, design patents are useful for designers seeking to protect a basic concept design, such as the shape of a handbag or the look of jewelry. Apparel is usually unpatentable, as it is usually found to be either useful or obvious.

Given the threat of counterfeiters and lower-end brands seeking to trade off designers’ reputations, design patent portfolios are rapidly growing across the industry.

For example, Bottega Veneta has patented numerous handbags, [1] and Jimmy Choo has obtained a number of patents to cover its extensive shoe collection.[2]

Designers may also seek protection for pieces of their collection through trade dress, a variation on trademark law. Trademarks apply to brand names and logos that indicate sources of goods and services; however, trade dress refers to non-functional visual characteristics that establish source. In order for a designer to establish protectable trade dress, the designer needs to establish secondary meaning. Essentially, although a trade dress is not distinctive on its face, the use of the trade dress in the market (the “good will” of the trade dress) has created an association between that trade dress and a source in the mind of the consumer.

Copyrights may also provide limited protection to a designer’s collection. Unfortunately, while designs of a piece of apparel are not available for copyright protection, certain elements of those pieces are. For example, original prints, patterns, and unique color combinations can all be protected by a copyright, but only if these elements can be shown to be separate from the actual design of the article in question itself.

For example, Diane von Furstenberg’s wrap dress itself is not available for copyright protection; however, the original prints used on the fabric are protectable. [3]

The protection of fashion under the umbrella of intellectual property is often an overlooked concept, but fashion, whether we like it or not, plays an integral role in our lives every day. So the next time you think fashion, let alone intellectual property in the world of fashion, may not apply to you, take a moment to ponder the words of one of the main characters played by the great Meryl Streep in The Devil Wears Prada:

You think this has nothing to do with you. You go to your closet and you select… I don’t know… that lumpy blue sweater, for instance because you’re trying to tell the world that you take yourself too seriously to care about what you put on your back. But what you don’t know is that that sweater is not just blue, it’s not turquoise. It’s not lapis. It’s actually cerulean. And you’re also blithely unaware of the fact that in 2002, Oscar de la Renta did a collection of cerulean gowns. And then I think it was Yves Saint Laurent… wasn’t it who showed cerulean military jackets? . . . And then cerulean quickly showed up in the collections of eight different designers. And then it filtered down through the department stores and then trickled on down into some tragic Casual Corner where you, no doubt, fished it out of some clearance bin. However, that blue represents millions of dollars and countless jobs, and it’s sort of comical how you think that you’ve made a choice that exempts you from the fashion industry when, in fact, you’re wearing the sweater that was selected for you by the people in this room from a pile of stuff. [4]

To view all formatting for this article (eg, tables, footnotes), please access the original here.
Fay Sharpe LLP - Rachel A. Smoot
﻿
Back Forward