A general introduction to shareholder rights and activism in Singapore 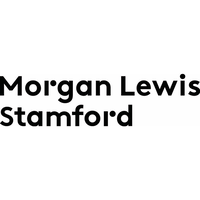 Shareholder rights and engagement are regulated by a combination of statutory and non-statutory instruments, as well as under common law. The Companies Act (CA) and the Securities and Futures Act (SFA) make up the relevant core statutory framework, which is supplemented by non-statutory instruments such as the Listing Manual of the Singapore Exchange (the Listing Manual), the Singapore Code of Corporate Governance 2018 (the Governance Code) and the Singapore Code on Takeovers and Mergers (the Takeover Code).

The Listing Manual sets out the obligations with which companies listed on the Singapore Exchange (SGX) have to comply. It empowers Singapore Exchange Regulation (RegCo), the SGX's regulatory unit, to issue enforcement and administrative orders to ensure that the market is fair, orderly, and transparent, including:

Further, in August 2021, RegCo expanded its range of enforcement powers, where it can, among other things:

i Restrictions on shareholding

Generally, there are no restrictions on shareholding ownership for Singapore companies. However, in certain key sectors including telecommunications, media, banking and real estate, there are specific legislative restrictions on foreign ownership. Such restrictions include requiring prior approval from the relevant regulatory authority:

These requirements may limit foreign ownership and the possibility of foreign-based activists in these key industries.

Under the SFA, public disclosure of substantial shareholding interest is required. This interest of 5 per cent or more must be disclosed by a substantial shareholder even if the shares are held through nominees. However, for shareholders who hold less than a 5 per cent shareholding as nominees, the actual beneficial shareholders may not be apparent. A listed company is also required to disclose all interests in shares and other securities issued that its directors and chief executive officer have in the company.

iv Removal of a director

Where shareholders act in concert to obtain or consolidate effective control of a public company, implications arising under the Takeover Code should be borne in mind, including the obligation to make a general offer for the shares in the company upon crossing certain shareholding thresholds. Shareholders voting together on resolutions at a general meeting would not normally be regarded as an action that would lead to an offer obligation, but coordinated voting patterns in more than one general meeting may be taken into account as an indication that the shareholders are acting in concert. Shareholders who requisition, or threaten to requisition, the consideration of a 'board control-seeking' proposal at a general meeting, however, will generally be presumed to be acting in concert with one another and with the proposed directors, such that subsequent acquisitions of shares of the company by any member of the concert party group could give rise to an obligation to make a general offer for the company under the Takeover Code.

Directors who have committed wrongdoings or have otherwise breached their fiduciary duties to the company would naturally have little incentive to procure the company to bring an action against themselves. The CA, therefore, provides for a statutory derivative action that gives shareholders an ability to bring an action on behalf of the company against errant directors or third parties in respect of the directors' conduct. Such action is subject to obtaining leave of court and is dependent on the company itself having a claim, given that the action is brought in the company's name. The complainant is required to give 14 days' notice to the board of the intention to apply for the action if it is not pursued by the board, and the complainant is required to demonstrate that the action is brought in good faith and is prima facie in the interests of the company. The statutory derivative action is available to all companies incorporated in Singapore, whether private or public (including listed) companies. Though foreign-incorporated companies do not currently fall within the scope of the statutory derivative action regime, they may avail themselves of the common law derivative action, the requirements of which require the complainant to establish the higher threshold that the errant directors committed fraud on the minority.

Shareholders may also apply to court for what is commonly known as the 'oppression remedy' under the CA if they can establish that they have been treated in a manner that is 'commercially unfair', which is an exception to the principle of 'majority rule' in companies. As contrasted with a statutory derivative action, the oppression remedy is not brought in the name of the company but is personal to the complainant. The oppression remedy is very rarely seen in the context of listed companies.

When pursuing any activist strategy, shareholders should be careful not to fall afoul of regulations against market manipulation, making false or misleading statements, or fraudulently inducing persons to deal in capital markets products, among others, all of which attract civil and criminal penalties under the SFA. Where an activist shareholder engages with the board on matters not otherwise made available by the board to the public and other shareholders, it is possible that insider information may have been divulged, in which case the activist shareholder must not deal or encourage another to deal in the company's securities until the material price-sensitive or trade-sensitive information has been disseminated to the public.

An activist shareholder wishing to launch a media campaign and level criticisms against a company or other individuals in the public domain should be aware of the risk of defamation suits. Though defences such as justification and fair comment are available, the law in this area in Singapore is very extensive and an activist shareholder should seek expert advice.