All trade marks are equal, but some are more equal than others. Colour marks have long faced a higher hurdle to registration than their word and device counterparts, with applicants required to show acquired distinctiveness for colour marks to be registrable. Red Bull had no problem satisfying this requirement at the examination stage for its famous blue/silver combination for energy drinks: 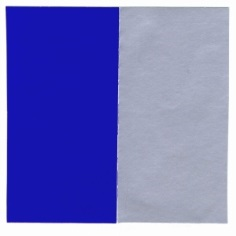 In this case, however, the hurdle for Red Bull came in the surprising form of Article 4 of Regulation 207/2009 . To comply with Article 4, a mark must be a sign that is capable of being represented graphically and of distinguishing the goods or services of one undertaking from those of other undertakings. On an action for cancellation, the EUIPO Cancellation Division and Board of Appeal found both of Red Bull’s colour marks failed to fulfil these requirements. The earlier marks had recognised colour code indicators and were accompanied by the following descriptions:

“The two colours will be applied in equal proportion and juxtaposed to each other.”

Approving the Cancellation Division and Board of Appeal’s decisions, the CJEU found that each description, taken with the image, does not allow for “the average consumer from repeating with certainty the experience of a purchase”. In other words, the descriptions left room for too many possible arrangements of the colours concerned. This conclusion was bolstered by the evidence submitted by Red Bull itself, which included examples of the colours used very differently as they appear in the image.

The CJEU was similarly unsympathetic to arguments from the principles of equal treatment and legitimate expectations. For the former, the Court stressed that it was entitled to treat different types of trade marks differently within the bounds of legislation. In fact, it stated that colour marks, due to the usually decorative nature of colours, should be treated differently to further the goals of EU trade mark law. Regarding the latter, the Court was clear that neither a trade mark examiner’s words nor EUIPO practice could amount to information on which one may reasonably rely.

Finally, and interestingly, the CJEU brushed aside the argument that Regulation 2017/1001, which replaces Regulation 207/2009, requires under Article 4 that a mark must be capable of “distinguishing the goods or services of one undertaking from those of other undertakings” and “being represented on the Register… in a manner which enables the competent authorities and the public to determine the clear and precise subject matter of the protection afforded to its proprietor” had relaxed or broadened the criteria for registration of a trade marks. While the graphical representation requirement had been removed to accommodate different trade mark types, the Court ruled, the new Regulation is in fact more restrictive, as it codifies what had once been case law principles into Article 4.