Is the war on piracy over?

Five years ago, piracy was seen as the death of all content creation. Now, it's almost an accepted reality of success. Can this last? 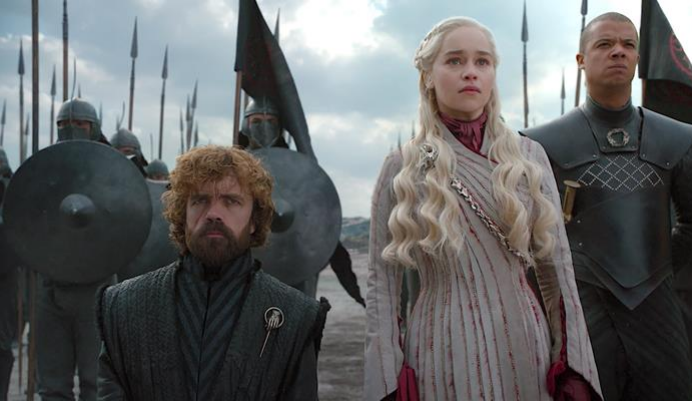 The Expendables 3, part of a star-studded movie franchise, was released to cinemas in 2014. However a pirated copy had leaked three weeks earlier and, in that period, 60.8 million illegal downloads were made from the BitTorrent file-sharing site. The film flopped at the box office, piracy was at least partly blamed and litigation ensued.

Fast forward (little VCR joke for the gen Xers) to 2017, and the global release of HBO's seventh season of Game of Thrones. The "legal" audience of 31 million people per episode was easily eclipsed by the show's popularity among pirates. The first episode was illegally streamed or downloaded more than 90 million times within 72 hours, and that total went past 1 billion within six weeks of the season's launch.

Moore's law continues to apply. The recent season eight GoT premiere hit 55 million illegal downloads and streams within 24 hours. But word is that HBO, fully aware of just how much revenue it was not receiving from GoT, was not all that fussed. Why is that, and what's the go with piracy today?

Five years ago, the movie industry was hotly arguing that piracy would be the death of content creation altogether and aggressively pursuing legal avenues to fight back.

In Australia, this culminated in the Dallas Buyers Club case: DBC, a US company that owned the rights to that Oscar-winning blockbuster, took it to the Federal Court in a bid to unveil the pirates and visit some financial consequences on their theft.

The plan was to go after not individuals who had made single downloads, but the industrial-scale file sharers who were uploading volumes of pirated content to sites like BitTorrent. Technology allowed the owner to identify the IP addresses from which the uploading had occurred, but not the identities of the perpetrators. That information could only be acquired from the internet service providers. They weren't going to hand it over without a court order, appropriately citing customer privacy.

The test case was an attempt to force iiNet, as a representative ISP, to hand over the names and addresses of the owners of the IP addresses.

DBC's plan was to send letters to the identified alleged pirates, notifying them of the infringement claim and offering a quick financial settlement. Known as "speculative invoicing", this had been successfully employed overseas but had copped criticism as a predatory practice.

The Australian case failed, essentially because the judge was worried about the amount of money DBC was planning to ask infringers to pay. He ordered that DBC could get access to the information it wanted, but only on payment of a very large bond. Which it elected not to pay.

That was it for the approach of hunting down and punishing pirates individually.

And if millennials are not feeling the same fear they did a few years ago -- that the IP Police might bang down their door any minute -- they have good reason. Practically, nobody's coming for them.

The only recent legal action has been the passing (and in 2018 the strengthening) of amendments to the Copyright Act enabling content owners to force ISPs to shut down access to identified pirate sites. Many sites have been effectively closed down this way, but it's a whack-a-mole game played more for show than effect. The internet is, after all, quite a large place.

The truth is that we're in a transitional phase. Five years ago, it was still all about control of distribution of movies, mostly through traditional fixed channels (cinema, DVD, cable, TV). The market for single rental or purchase of content has gone, cinema will remain a niche used mainly for promotional purposes, and all the money is in streaming subscriptions.

At the moment, streaming is both cheap and centralised (i.e. Netflix), so the perceived necessity to pirate is relatively low (although the volume remains massive, it could be many multiples larger still). However as the streaming market becomes more competitive -- particularly as the big studios fight back by monopolising their

own backcatalogues and creating their own repeat franchises -- the availability of desired content will become even more segregated among various competing services. Consumer frustration will grow, and that's the food for mass piracy.

Game of Thrones is good evidence of this theory; it is only available in Australia in real-time and replay on Foxtel. If you're not a subscriber, the only options are piracy or waiting to absorb the story by osmosis.

For now, the economics of piracy are manageable for the content owners. They don't care about piracy in the abstract, just its cost. And its benefit -- as they know, piracy substantially helps to spread their content and ultimately does a lot of their marketing for them. They'll keep balancing those factors and try to co-opt the law again when their profits are being savaged too much to bear.

Dallas Buyers Club was essentially an attempt to dampen the enthusiasm of consumers for piracy, while making some money from its prosecution. Given the right combination of circumstances, it might come back for a second bite.

However, in this story, the law really only makes the odd cameo appearance. It's never the star.