On September 12, 2019, the Court of Appeals for the Federal Circuit affirmed a district court’s dismissal under Rule 12(b)(6) of a design patent infringement case using the title and claim to limit the claimed design to a chair, while the allegedly infringing item was a storage bin or basket.

In Curver Luxembourg, SARL v. Home Expressions Inc., No. 2018-2214 (Fed. Cir.), the Federal Circuit held that U.S. Design Patent No. D677,946 (’946 patent), entitled “Pattern for a Chair” and claiming an “ornamental design for a pattern for a chair” is limited to the illustrated pattern applied to a chair. FIG. 1 from the ’946 patent depicts an overlapping ‘Y’ design: 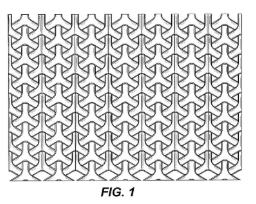 None of the figures of the ’946 patent illustrate the design being applied to a chair. The original application claimed a “design for a furniture part” and was entitled “design for a FURNITURE PART.” Citing MPEP § 1503(I), which requires that the title must designate a “particular article” for the design, the examiner found that the title was too vague and recommended changing the title and description to “Pattern for a Chair.” The applicant, Cuver, adopted these changes.

Cuver filed an infringement suit against Home Expressions for selling basket products with an overlapping ‘Y’ design similar to that in the ’946 patent, as shown below: 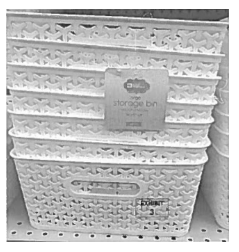 The Federal Circuit affirmed the scope of the design patent is limited to the “article of manufacture” described in the patent, i.e., a chair. Applying the ordinary observer test [i] , the Federal Circuit also affirmed that an ordinary observer would not purchase Home Expression’s basket thinking it was Cuver’s chair, even if the overlapping ‘Y’ design is similar. The court noted that the figures show the claimed design in the abstract by failing to illustrate the claimed design applied to any particular article of manufacture, including chairs, while the title and the claim of the design patent specified that the design patent is directed to a “pattern for a chair.” Accordingly, the court refused to interpret a design patent in a manner that resulted in extending protection beyond a chair, in effect, to surface ornamentation in the abstract.