Setting up and operating a joint venture in Brazil 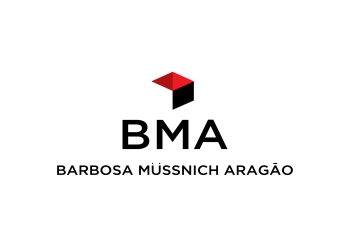 Setting up and operating a joint venture

Are there any particular drivers in your jurisdiction that will determine how a joint venture is structured?

The nature and purpose, duration and tax implications of the project are the usual drivers for joint ventures. In addition, as different corporate types entail different treatments for matters such as capital injection and investment commitments, majorities for corporate approvals and parties’ and management responsibilities and liabilities, other drivers are frequently defined by the particularities of each corporate type.

A joint venture incorporated as a legal entity is treated as a separate and independent taxpayer. It can elect any of the corporate income tax regimes available to regular legal entities. In the case of contractual joint ventures, tax charges may be mitigated by adopting the contractual arrangements that are best suited to the nature, purpose and duration of the project.

As the tax treatment of each type of joint venture can vary significantly depending on the joint venture’s purpose, among other factors, it is not possible to give general advice on how tax charges can be lawfully mitigated. Analysis has to be made case by case.

Are there any restrictions on the contribution of assets to a joint venture entity?

As a general rule, there are no restrictions under Brazilian law on the contribution of assets to a legal entity. Depending on the corporate type of the joint venture, the assets must be appraised by an independent appraiser prior to being contributed to the joint venture.

Interaction between constitution and agreement

The joint venture agreement and the shareholders’ agreement are the most important agreements executed between the parties. They should contain, among other provisions:

For corporate joint ventures, the by-laws or articles of association (as applicable), as well as shareholders’ resolutions and certain resolutions by management bodies, must be filed with the competent commercial registry.

Therefore, they may not perform gratuitous acts at the company’s expense, such as borrowing assets or funds belonging to the company without the express consent of all the shareholders, use the company’s property, services or credit to their or a third party’s benefit, or receive personal advantage by reason of their position, without authorisation.

According to Brazilian law, control means:

The Brazilian Civil Code sets forth different quorum levels for approval. While the general rule is the approval by the majority of the shareholders attending the meeting, certain matters are reserved for approval by the joint venture’s parties representing:

What are the most common governance issues that arise in connection with joint ventures? How are these dealt with?

The most common governance issues concern, among others:

In fact, there is no specific formula to deal with these issues. It depends on the dynamics of the negotiations and the peculiarities of each case.

Once appointed and elected by the shareholders, the directors shall protect and act with a view to meeting the joint venture’s interests and not the interests of the group of shareholders that appointed them.

In this regard, as explained in question 9, Brazilian law imposes upon the directors (and any other manager) certain duties, such as the duty of loyalty and the duty to abstain in cases of conflicts of interest, among others. As a consequence of these duties, a director may not, for instance, use information or business opportunities obtained by reason of his or her position in his or her own or a third party’s favour or engage in business opportunities or transactions in which he or she has a conflict of interest with the company.

Notwithstanding the applicable legal provisions, it is advisable to adopt clear standards concerning conflicts of interest and the treatment of agreements with related parties in the joint venture agreement or in the shareholders’ agreement.

What competition law considerations are engaged by the formation and operation of the joint venture? Is approval needed?

The joint venture’s formation may be subject to the prior approval of the Brazilian competition authority: the Administrative Council for Economic Defence (CADE). As with all other transactions subject to merger review by CADE, the economic group of the parties in the joint venture must meet the thresholds established by Law No. 12,529/2011 (the Brazilian Competition Law). Thus, a transaction is subject to competition merger control, and its closing depends on securing clearance from the authority, provided that:

These three criteria are cumulative and must be met for a notification for merger review to be mandatory.

It is also important to note, however, that joint ventures created to participate in public bids and public auctions conducted by the government are not considered to be a concentration for the purposes of the Brazilian Competition Law.

CADE’s review of joint ventures is usually concerned about coordination effects and exchange of information between the parties and its economic groups, as well as possible horizontal overlaps and vertical relations created by the joint venture.

What are the key considerations in your jurisdiction in structuring the provision of services to the joint venture entity by joint venture parties?

Brazilian law does not provide for specific restrictions concerning transactions with related parties in the context of joint ventures, such as the provision of services to the joint venture by its parties, but any such transaction should be negotiated and carried out at arm’s length.

The treatment of transactions with related parties (ie, not just those involving the provision of services to the joint venture by its parties) should be explicitly addressed in the joint venture agreement and in the shareholders’ agreement (if applicable). Brazilian transfer pricing rules must be observed in cases of transactions with related parties. Non-compliance with such rules may affect the deductibility of expenses related to those transactions, as well as result in adjustments on the revenues arising from said transactions.

What impact do statutory employment rights have in joint ventures?

Employees of joint venture companies are entitled to the mandatory employment benefits set forth in the legislation governing employment in Brazil, such as a minimum wage, 30 days’ holiday, holiday bonus, 13th salary and severance guarantee fund deposits.

It should be noted that, in Brazil, members of a group of related companies may be held jointly liable for the labour obligations of the other members of the group. Under article 2, section 2 of the Consolidation of Labour Laws, whenever one or more companies, regardless of their distinct legal personalities, are under the direction, control or management of another, constituting an industrial, commercial or any other type of economic group, the principal company and each of the subordinate companies will be, for the effects of their employment relationships, jointly liable.

From a practical point of view, Brazilian labour courts have interpreted the concept of ‘economic group’ broadly in order to protect employees from the effects of corporate changes intended to avoid labour liabilities.

How are intellectual property rights generally dealt with on the creation, operation and termination of a joint venture in your jurisdiction?

The pre-owned IP rights (background IP) are especially important since they are often used as part of a party’s capital contribution to the joint venture. Trademarks, technologies and databases may, for instance, be used in the new operation.

In the joint venture agreement, the parties should disclose with the utmost detail all of their IP rights, and declare that they retain their ownership, if that is the case. In addition, the parties must clearly state whether any of these rights will be part of their contribution (through transfer or licensing) to the joint venture, identifying which, if any, of the rights will be a part of the operation, and which will not. The rules for use of the IP will also be subject to provisions of the joint venture agreement, including rights over further development of existing IP and any compensation or remuneration owed to the parties. If any party contributes databases containing personal data, the party should provide declarations that the data was collected in accordance with the law, and detail any applicable restrictions to the joint venture’s use of the data.

If the joint venture creates a separate entity, the owners of the IP rights and the new entity should sign licence agreements or transfers, thus establishing rules for the use and development rights over the relevant IP content. The applicable legislation is the same that applies to regular licence agreements.

In Brazil, the Brazilian Institute for Intellectual Property does not permit co-ownership of trademark registrations. Thus, any trademarks developed specifically for the joint venture’s operation will have to be owned by only one entity - preferably, to avoid complications, the joint venture entity itself, if there is one.

Since new IP could arise from the joint venture’s operation and pre-owned IP could be further developed, the joint venture agreement is also the appropriate instrument for dealing with the events occurring during the operation that have implications for IP rights.

The joint venture agreement should address good governance of the enterprise. Without proper control, one of the parties involved in the joint venture might find itself with tainted IP owing to bad use, or, even worse, it could find that some of its IP came to other parties’ knowledge. Thus, rules on the use of background IP (use of copyrighted material, data protection, trademarks, industrial designs, patents and trade secrets), including rules on information security, are very important for preserving the value of background IP.

There should also be rules on access to and use of IP created during the operation (project-specific IP), in order to avoid leakage and unwanted access. Provisions requiring periodic reports on new IP are a good way to facilitate distinctions between background and project-specific IP. Here, special attention must be given to access rights to databases.

Finally, rules should be set for registering new IP (whether it will be registered in the name of the joint venture, or one of the parties, etc). In Brazil, the party that files an application for registration of industrial property is its presumptive owner, although the presumption can be overcome by evidence of ownership - hence the importance of a thorough joint venture agreement.

Co-ownership of patents, as opposed to trademarks, is accepted in Brazil. Thus, the joint venture agreement could, in addition to governing pre-owned IP rights, contain provisions on the property rights in any inventions arising during the joint venture. The parties could agree to co-own the new inventions or establish criteria to decide which party will have ownership. An important tool for this purpose would be the above-mentioned periodic reports on new IP.

Co-ownership of inventions has a few particularities worth noting. All parties that own an invention have to contribute to its maintenance; all parties have the right to use and exploit the invention without further authorisation; and all licences or transfer of rights over the co-owned invention have to be consented to by all parties.

The use and ownership of data collected during the joint venture operation after its dissolution should also be dealt with in the joint venture agreement, considering the high value it has in certain industries, and keeping in mind all applicable restrictions set forth in data protection legislation that could limit the use of personal data.

Confidentiality clauses are of paramount importance, especially considering the access that the parties to a joint venture will usually have to each other’s IP, a question that takes on even more importance when trade secrets are at stake. Confidentiality provisions can be reinforced by non-compete clauses, in which the parties expressly undertake to refrain from using any information discovered during the joint venture’s operation to compete against their former partners.