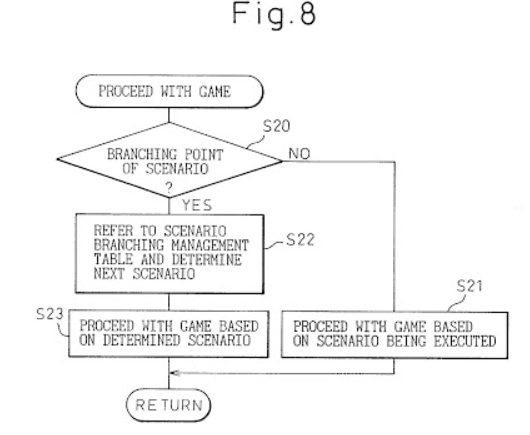 Summary: U.S. Patent No. 6,299,535 (the ‘535 Patent) describes a method for creating branching storylines in an RPG. The storylines are tied to characters in the game and happen separately from the player’s character. A classic example of this is recruiting secret characters in an RPG. A player must meet certain in-game conditions to add the secret character to the part, or the character will continue down his path. The game will not always tell a player when a condition has been met; nevertheless, the game progresses the secret character’s story. The ‘535 Patent also encompasses situations where a player may have to choose between two characters, especially if there is an alternative path to acquire both.